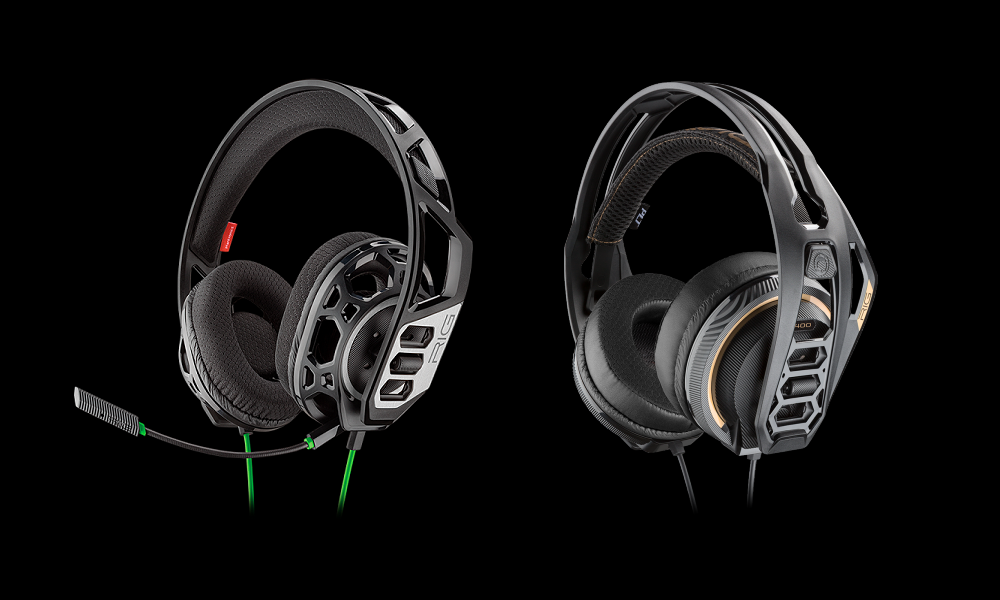 Today, Plantronics introduced the latest installments in the RIG line of headsets: the RIG 300 Series and the RIG 400 PRO Series. These headsets are intended to transform the players from casual play to competitive and will be officially unveiled at Gamescom 2018 in Cologne, Germany.

The RIG 300 Series has new gamers in mind and will be available for Xbox One (HX), PlayStation (HS), Universal (HC) and PC. They will feature a modular, durable design with open earcups, which are lightweight and durable for even the longest gaming sessions. In addition, the RIG 300 Series will feature acoustic safety technology that protects gamers’ hearing against sudden audio spikes.

In addition to the newest casual-friendly line of headsets, Plantronic also revealed the RIG 400 PRO that enhances the previous version of the RIG 400 line. It will include dual-material ear cusions to block outside noise, dynamic 40 mm drivers with low frequency resonators, and the ability to unlock three-dimensional sound with a prepaid Dolby Atmos for Headphones activation code.

“The new RIG 300 Series and RIG 400 PRO HC extend the mission of the RIG family, which is to ensure gamers have the best tools possible to take their gaming to the next level,” said Jack Reynolds, director, Gaming Products, Plantronics. “We built the RIG line of headsets specifically, so gamers can hear more, react faster and play longer so they can get in the fight and win.”