Pimax has given us an update on the progress for their Pimax Crystal line, and wow, wow, wow it’s a lot. Brace yourself — it’s about to look very real in here.

During their oddly-named “Launch event” (it’s not a launch if you can’t buy the product, guys…) we got an extensive look at the device, including some incredible in-lens comparison looks at what the 35 ppd (Pixels Per Degree) lenses. More than that, they also showcased the new way they’ve approached making an entirely new lens. Moving away from Fresnel lenses, the team is moving to a glass injection molded version that will allow them to apply multiple layers of coating to push detail to a shockingly high level. 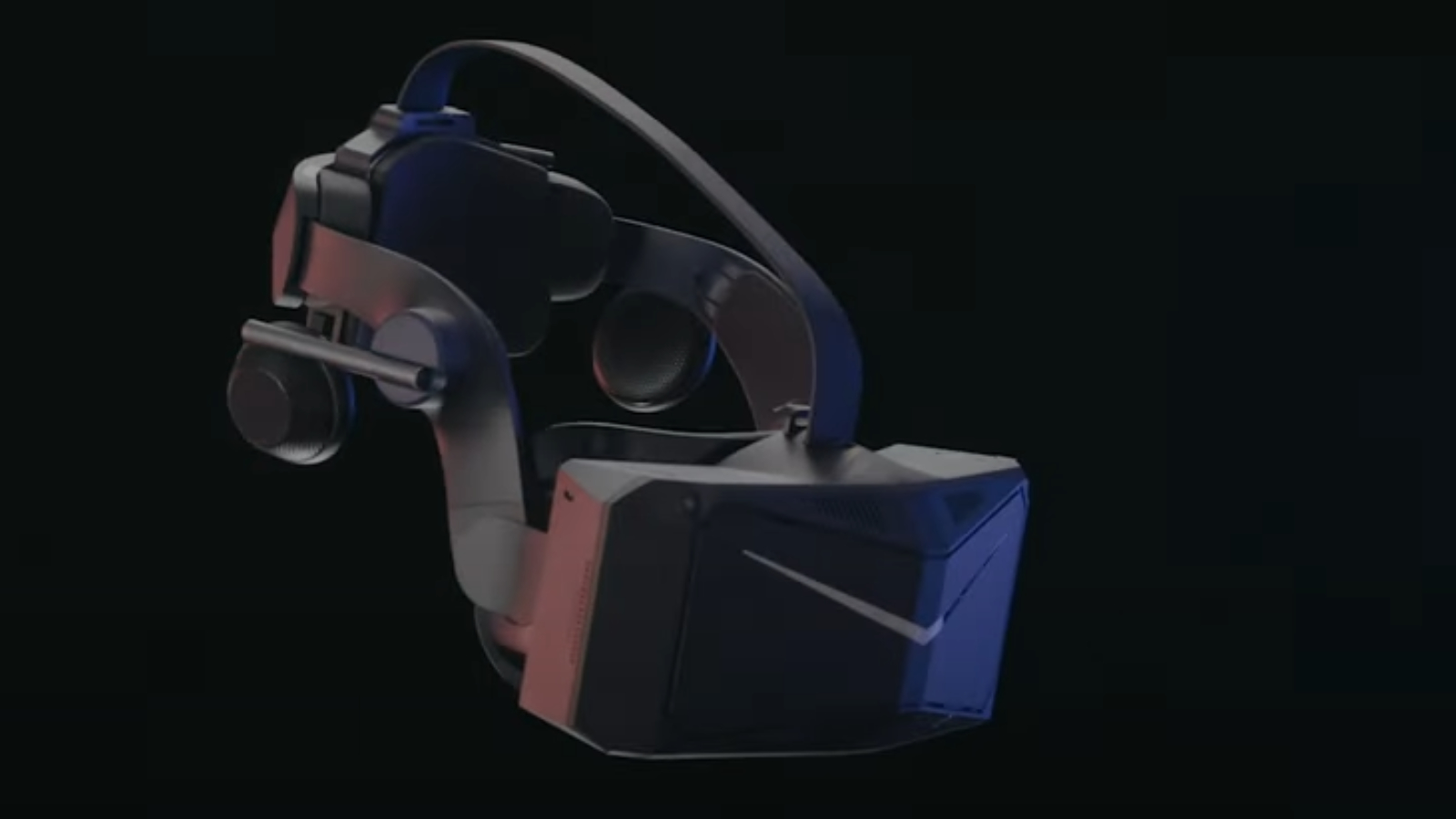 In a surprise twist, the Pimax team is including two sets of lenses with the Crystal — a 35 and 42 PPD set that can be applied with a new magnetic lock system. Instead of the screws we saw last time, these can now snap in place and swap out easily. The coating on these new lenses also means you can remove them and clean them safely with a cloth cleaning square and then just pop them back in.

Beyond the lenses (which honestly you should watch the presentation — there’s a lot I’m abbreviating here), the team also announced a lot of advanced features for the headset. An automatic IPD adjusting system using the eye and face tracking (part of the foveated rendering system), a new 6000 mAh hot-swappable power pack that locks into the back of the band as a counterbalance power source, an all new speaker set that supports DTS, a heavily-sensored new controller very similar to the Quest controllers, and a brand new profile — the headset looks roughly as wide as any other headset on the market, while still retaining the wide field of view that Pimax is known for. 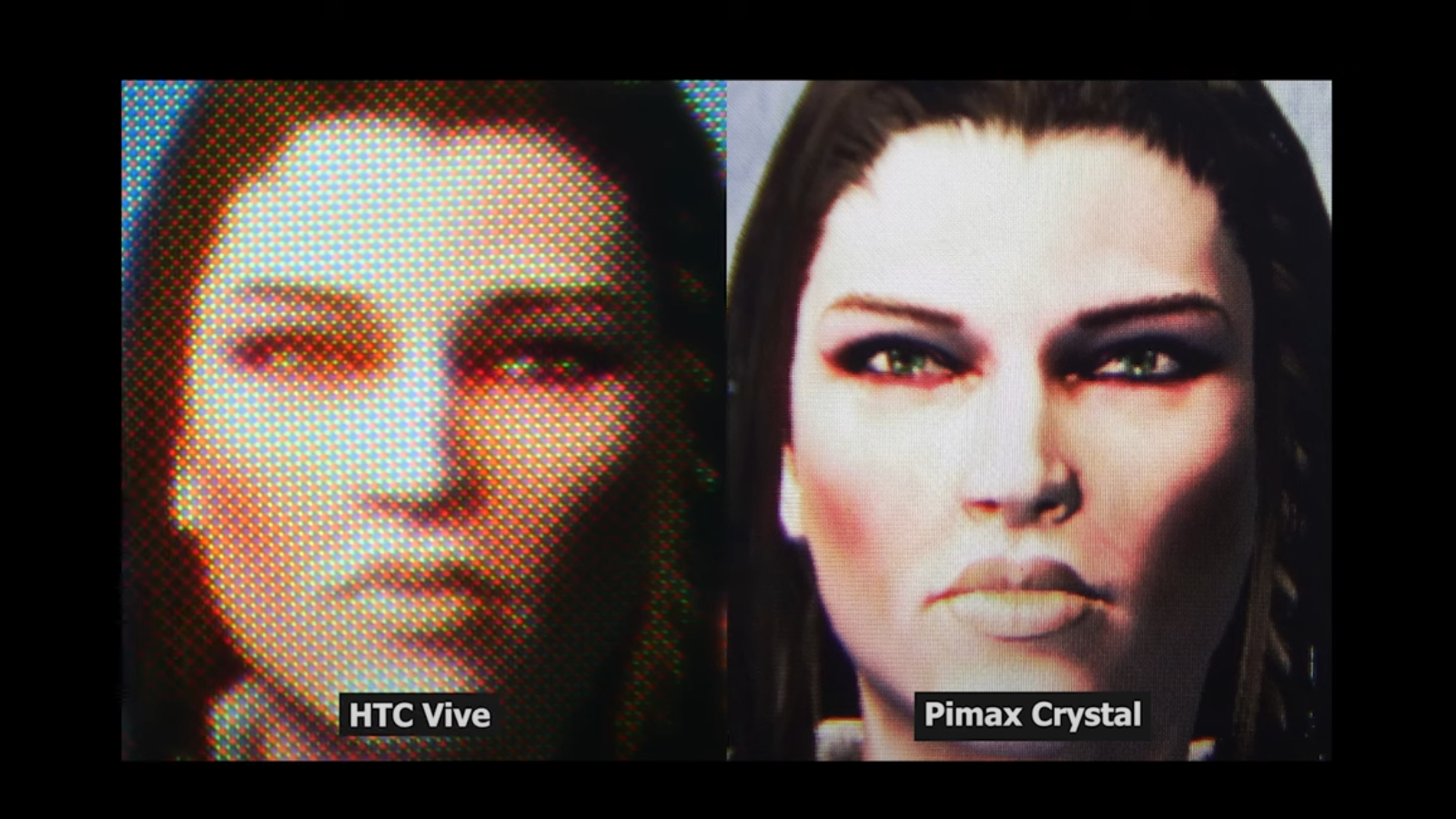 If you’ve put on a VR headset then you know all about light bloom, especially around white lighting. Pimax is tackling this head on with a brand new “Local dimming technology”, allowing the headset to sport HDR without all of the light bleed we see in literally every other headset.

Kevin Henderson, Pimax USA COO, also took to the virtual stage to announce that the team is all-in for new regional support, starting with the US and then expanding to other regions in the future. This marks a next step for Pimax as they push to focus on customer service and quality, with a local support center being a tentpole of that effort. This should spell good things for new and returning customers. 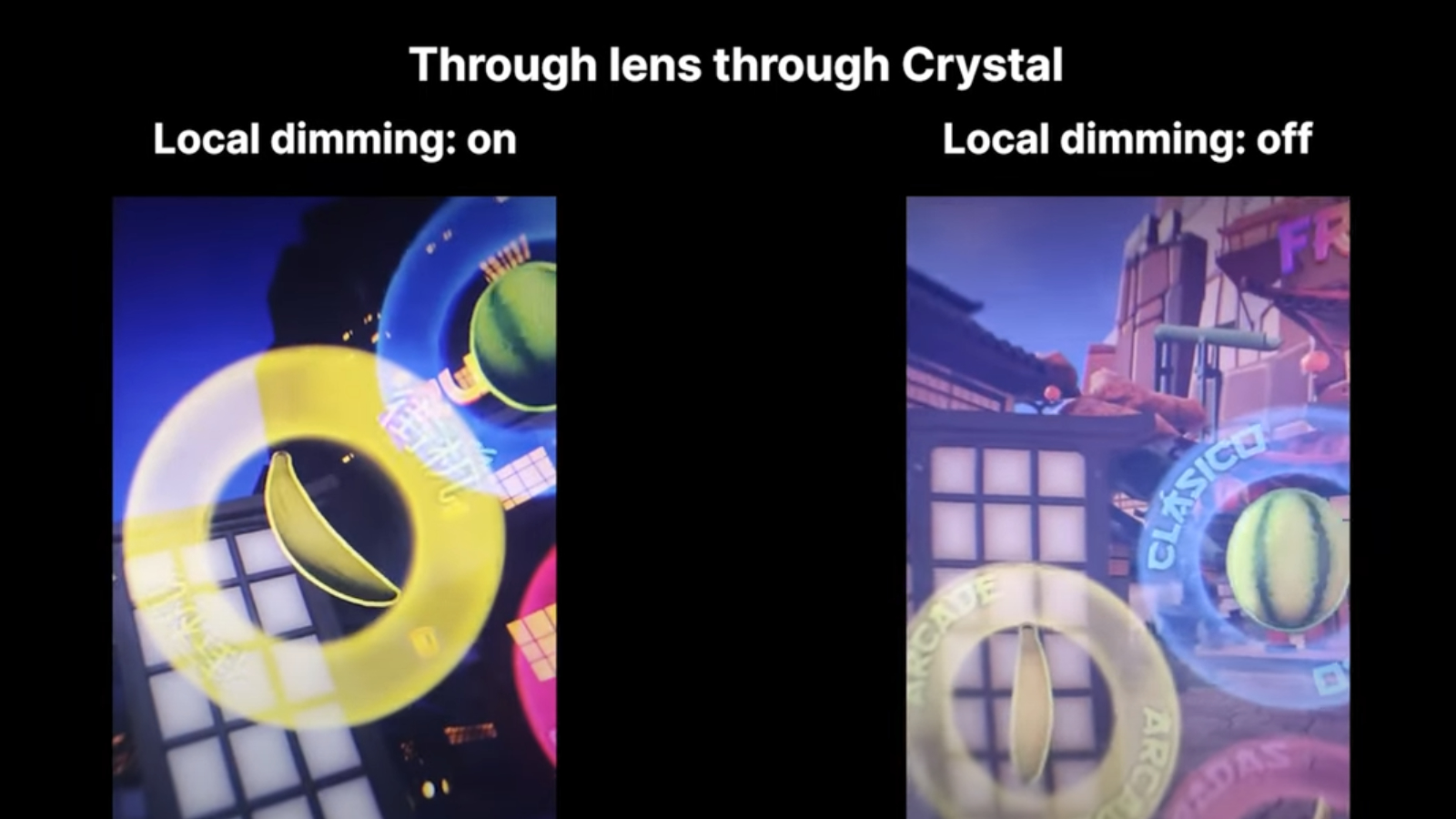 One of the Crystal’s primary selling points is that it can run as a stand-alone headset, or connect to a PC for PCVR. Using a button on the side, the headset switches between the two modes. They also casually announced that you can use DisplayPort 1.4, or a brand new fiber optic cable, though we are light on details there. If you aren’t into cables, the team also announced full support for WiFi6E. I’m eager to fly hands-free.

The presentation is 19 minutes long and includes a lot of additional information I didn’t cover here including replaceable faceplates, a new small form factor PC bundle, and some updates on the store. If you have even a passing interest in VR, you’ll want to see those comparison in-lens images.

The most surprising reveal came at the tail end when the team announced that they’ve managed to reach some new efficiencies with the production of the headset. As such, they’ve managed to drop their production costs, and as such they are coming in $300 less than their initial price, with Pimaxians getting $100 for owning a previous HMD.

No release date on the Pimax Crystal or 12K version quite yet, but the team happily says they’ve reached rougly 70% complete, with an update in the very immediate future. Pre-orders are going live at 4pm CST, so get ready to jump in!