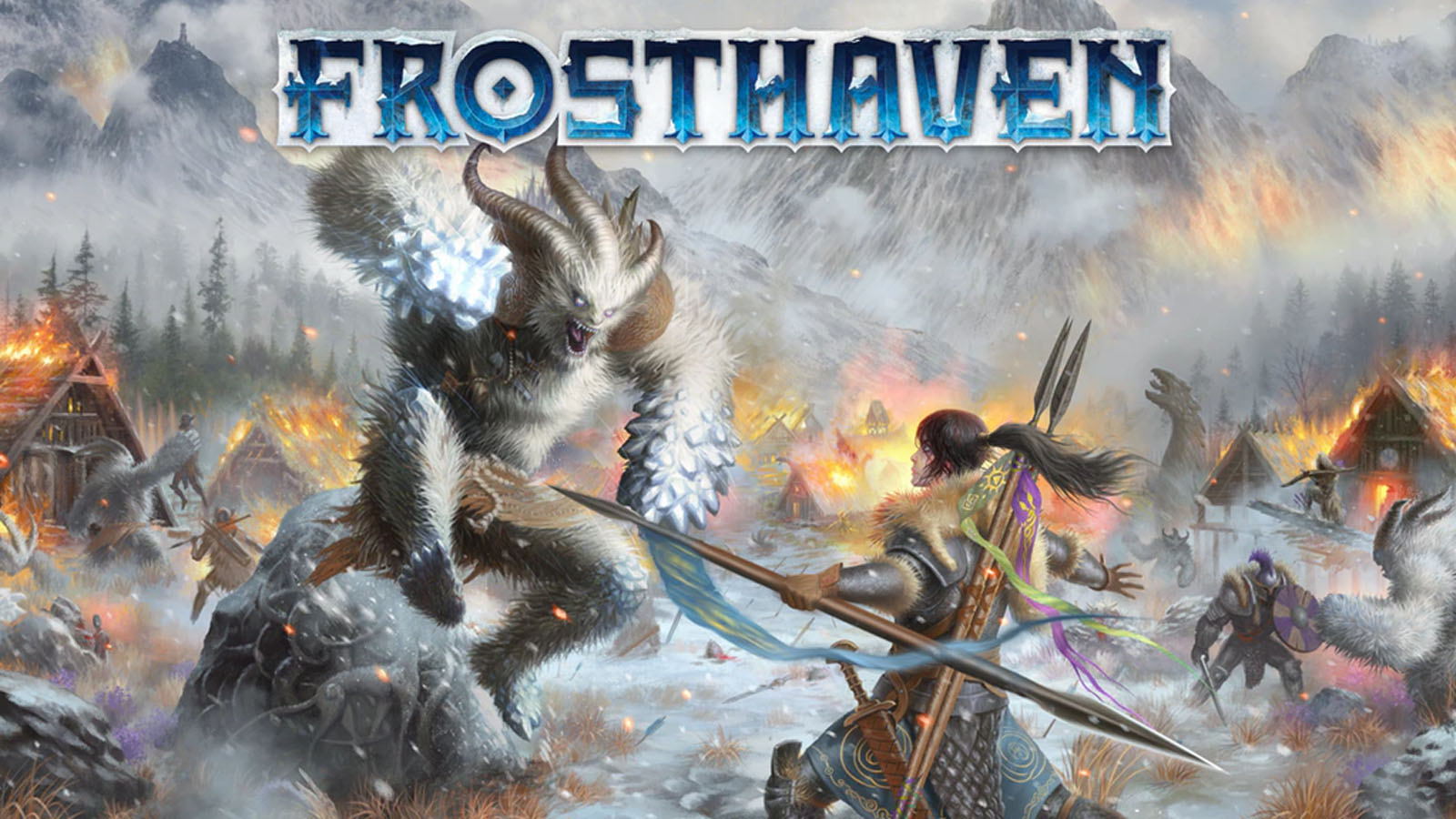 Frosthaven, the Euro-inspired dungeon crawling sequel to the 2017 smash-hit Gloomhaven has just launched on Kickstarter. This is a stand alone-game which will introduce new items like various loot rewards besides gold, and mechanics that will build up a town to help increase your bonuses and attract characters.  For those who already own Gloomhaven, you will be able to bring your characters into the world of Frosthaven to continue your adventure there, or use the new characters. This campaign will run for 31 days so there is plenty of time for you to get in on this exciting game.

The only outpost in the harsh northern region of the world is on the brink of destruction. Harried by vicious and mysterious threats on all sides, Frosthaven would need great warriors and leaders to survive the coming winter…

Unfortunately, all it has is you – a group of haunted wanders with nowhere left to go. Can you fight back the invaders and build a thriving community or will the frost claim it all?

Frosthaven is a stand-alone campaign in the Gloomhaven world, featuring the same award-winning game play along with some new twists centered around resource gathering and town building. Characters from Gloomhaven, Forgotten Circles, or the upcoming Jaws of the Lion are fully playable in this game. Plus, the 16 exciting, new characters from Frosthaven can be played in any of the other Gloomhaven games as well.

The core game play of Frosthaven remains similar to the game play of Gloomhaven. You will form a party of mercenaries with your friends and head out into the Northern Coast, fighting through numerous scenarios in an expansive campaign, spanning over 100 scenarios.

For more information about this campaign check out the Kickstarter page and stay tuned to Gaming Trend for all your tabletop news.