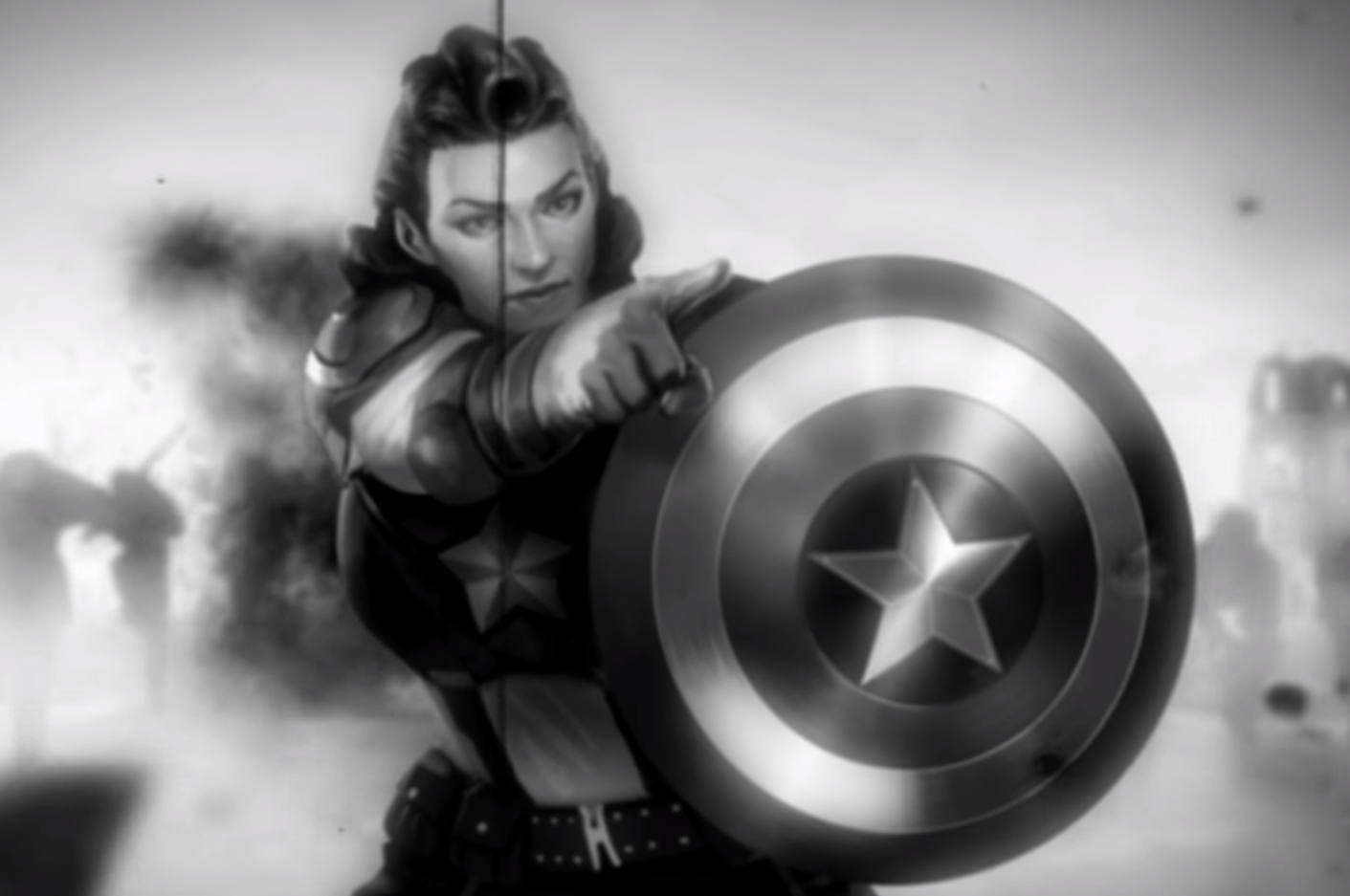 Recently, it was announced that a new Exiles comic book series created by Saladin Ahmed and Javier Rodriguez will be released in April featuring various alternate reality versions of characters such as Iron Lad, Nick Fury’s Unseen and even an alternate version of Agent Peggy Carter who became her universe’s Captain America, according to CBR.

Peggy Carter’s Captain America strangely gets her origins not from another comic series, but from the 2013 mobile strategy game, Marvel Puzzle Quest, in a 2016 update. In this game, Peggy Carter’s 4-star rarity card reveals that in her universe, Steve Rogers was assassinated before he could successfully become Captain America, leading her to finish the Super Soldier Program in place of him. This isn’t the first notable character in Marvel Puzzle Quest. In 2014, Thor: Goddess of Thunder, the female version of Thor, was added to the game, making this her first adaptation in a video game.

Marvel Puzzle Quest, while originally mobile, did receive a console port to PlayStation 3, PlayStation 4, Xbox 360, and Xbox One by Wayford Technologies in 2015 and 2016. Exiles, as a part of Marvel Legacy, will begin its third series in April. Keep an eye out for more news on the series and Peggy Carter’s Captain America in the future.