Yesterday, during a livestream to celebrate PAYDAY’s 10th anniversary, PAYDAY 3’s Game Director Erik Wonnevi dropped a few new details about the next iteration of the popular franchise. Additionally, Starbreeze has released a docuseries to celebrate the anniversary.

Today, Starbreeze celebrates the 10th anniversary of the iconic cooperative PAYDAY series, first introduced with the release of PAYDAY: The Heist in 2011. Since then, the franchise:

Welcomed the critically acclaimed sequel, PAYDAY 2, in 2013, garnering more than 35 million games installed across all platforms.
Announced that PAYDAY 3 will launch on PC, Xbox and PlayStation in 2023, in a co-publishing deal with Prime Matter (Koch Media GmbH), a decade after the release of PAYDAY 2.
Starbreeze also entered a licensing agreement with PopReach Corporation (POPR.V) to launch PAYDAY Crime War on mobile devices with a closed beta coming late 2021

For the next ten days, PAYDAY fans across the world will be able to enjoy a variety of updates and celebrations both in the game and in the community, culminating in an anniversary celebration livestream on Friday, October 22.

PAYDAY fans will also be able to enjoy community competitions and discounts on the entire PAYDAY catalogue for the duration of the event, ending on Thursday, October 28.

Starting October 20 the celebration will make its way into PAYDAY 2, with all players who log in gifted an exclusive in-game Anniversary Outfit, as well as a limited-time game-mode where shooting festive balloons grant temporary buffs for extra-festive Heisting. 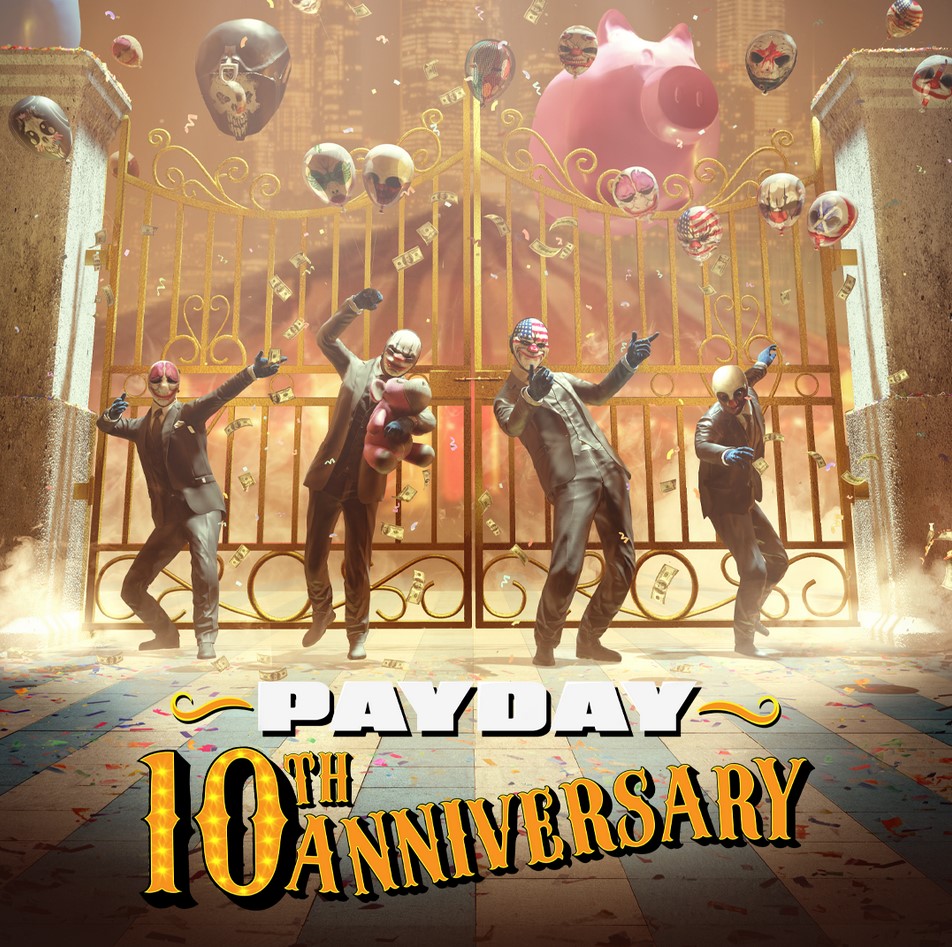 “A whole decade of PAYDAY means millions of heisting hours and co-op fun. This is an incredible achievement and success for us at Starbreeze, it wouldn’t have been possible without our fantastic community that has been with us from the very beginning,” said Tobias Sjögren, CEO, Starbreeze. “PAYDAY players and our community have stuck with us through thick and thin, and this anniversary is a great opportunity for us to look back at all we’ve achieved over the last decade, and more importantly, to dig into everything we’ve learned along the way, ensuring that PAYDAY 3 (and beyond) are bigger and better than ever.”

In celebration of the 10th anniversary, Starbreeze also announced “10 Years of PAYDAY,” a four part documentary series and livestream, celebrating PAYDAY’s legacy and impact. The series will take a look at the past, present, and ongoing legacy of the PAYDAY franchise. In addition, Starbreeze will be sharing a few new details around PAYDAY Crime War and PAYDAY 3.

The first episode launches today, with new episodes releasing sequentially, leading up to the anniversary live stream on October 22. Each episode will focus on a particular time period across the last 10 years of PAYDAY and can be viewed on the PAYDAY Anniversary Website or at this YouTube channel.

“For 10 years, we have been robbing banks and delivering action-packed gameplay and intense co-op experiences,” said Almir Listo, Global Brand Director, Starbreeze. “Our four-part docuseries celebrates the decade-long impact of the PAYDAY franchise, and includes some returning familiar faces to share our most memorable moments. The first decade of PAYDAY has been a rollercoaster and we’ve been grateful for the community’s support through it all. Now, we invite you to join us in celebrating, as we reminisce about the heists of yore and all of the fond memories we’ve shared together. And heisters – keep your eyes peeled, as you might just get a glimpse at the next big score…”

Stay tuned to Gaming Trend for more info on PAYDAY 3 and for all your gaming, tech, and entertainment news!