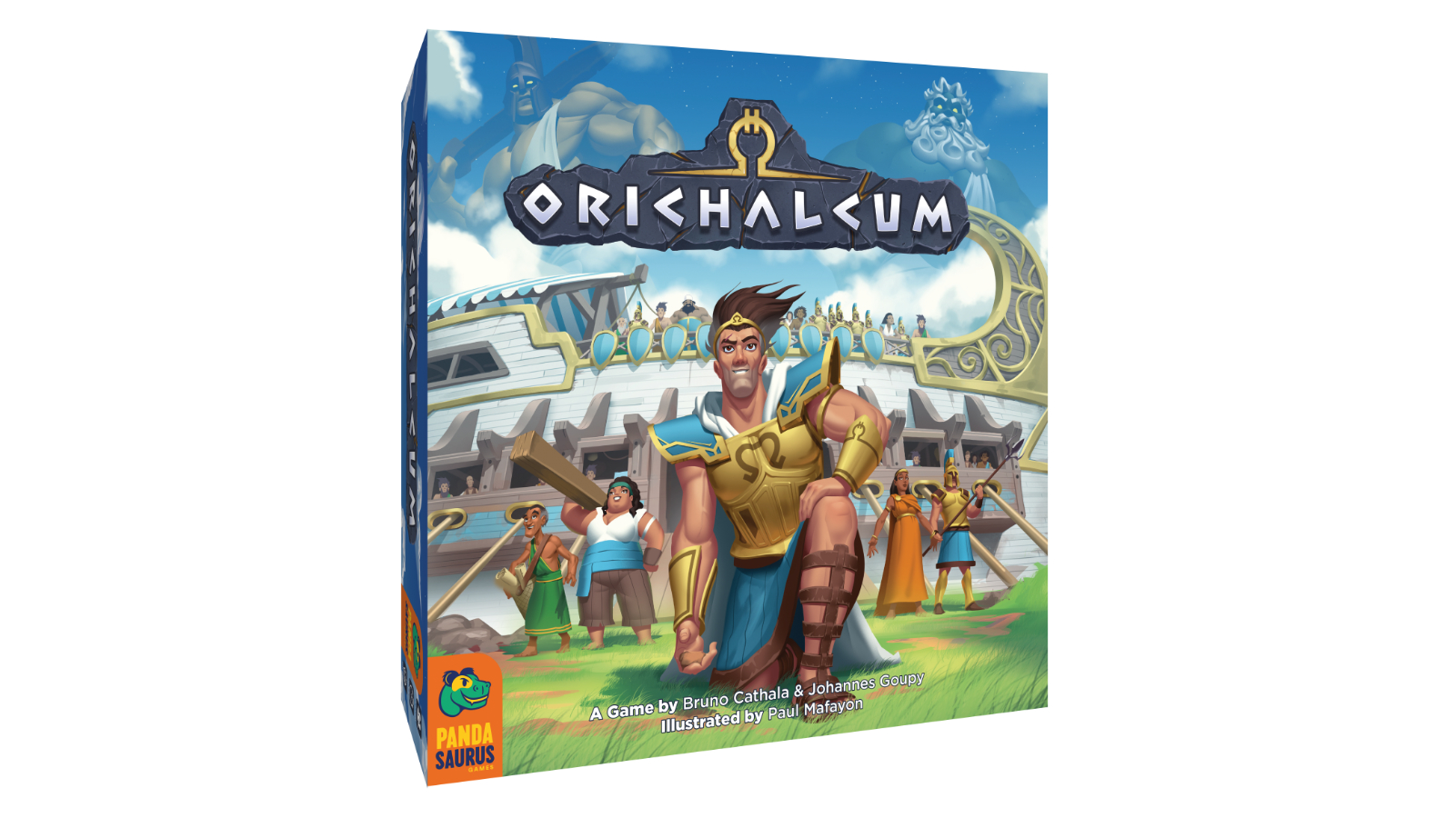 Pandasaurus Games has announced the debut of their next up-coming game, Orichalcum! From designers Bruno Cathala and Johannes Goupy, Orichalcum is a race to five victory points with several different ways to obtain points. Some key mechanics include action drafting, racing, tile placement, and tug-of-war. Orichalcum is set to debut at this years PAX Unplugged!

The prophecy of the Atlanteans is about to come true: the cataclysm is imminent! You have been sent by your people to search for a new welcoming land. As the head of the expedition, it is up to you to explore, exploit, and free the island from its monstrous creatures in preparation for the great exodus. You have to be the first to find a new land for your civilization!

Orichalcum (formerly known as Orichalique) is a race against your opponents. Whoever is the first to collect 5 Victory Points above their board and eliminate all Creatures on their island will be the winner! There are three ways to earn victory points: draw the attention of Titans, erect Temples and forge precious Orichalque medallions – that legendary metal that only the Atlantes know how to extract. 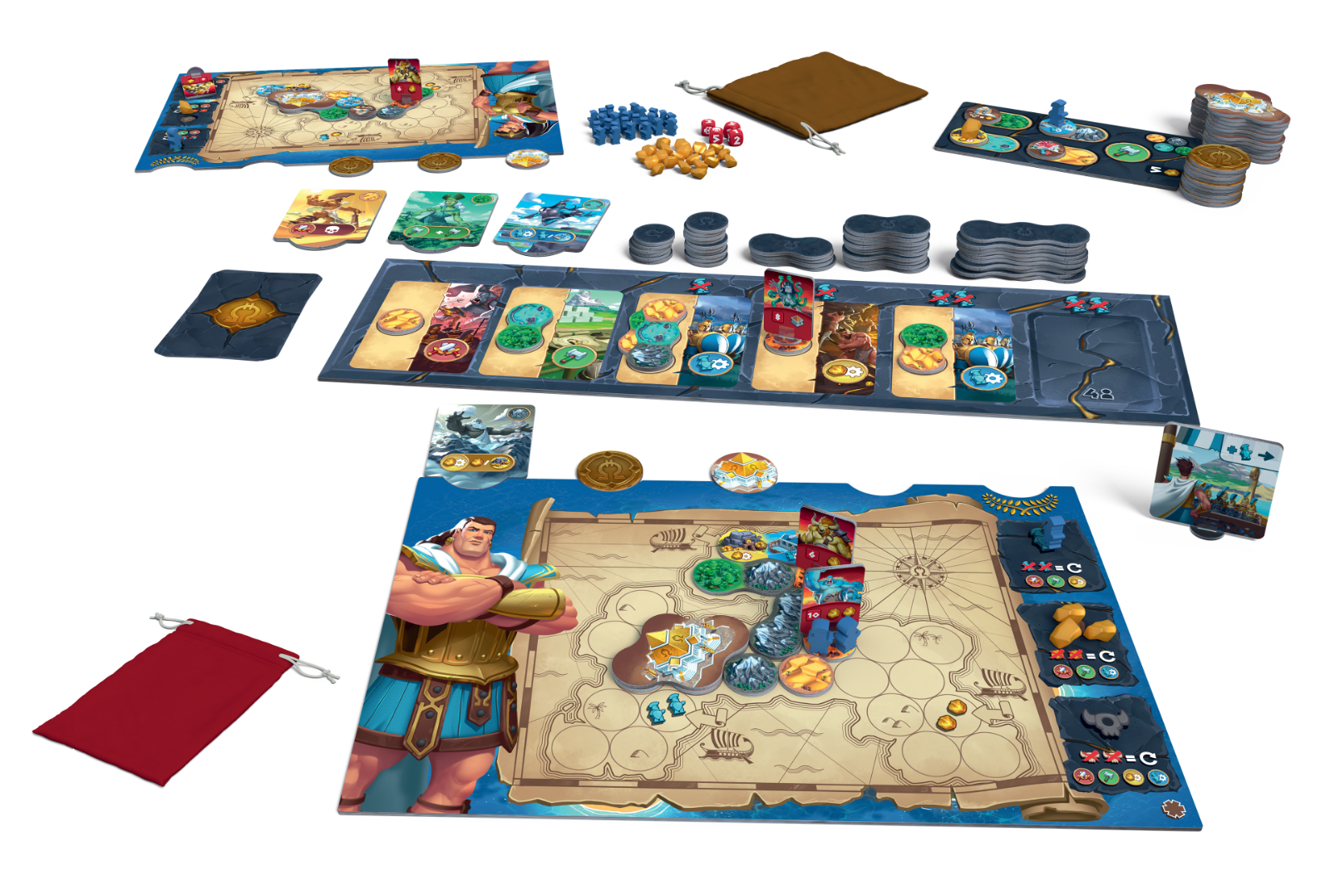