Logic Ember is pleased to announce the release of Backworlds, a puzzle platformer that has been 10 years in the making. Backworlds is available now on Steam with a regular price of $9.99, but in celebration of the new released you can pick it up for 20% off.

Backworlds is an inventive logic puzzle/platformer game in which players explore and progress by painting the environments around them. Move between two parallel worlds, each with its own unique set of properties, using your brush to flow seamlessly from one to the other. Solve environmental conundrums by using each world’s physical properties to your advantage, and use your own creativity to craft original solutions to the game’s puzzles. 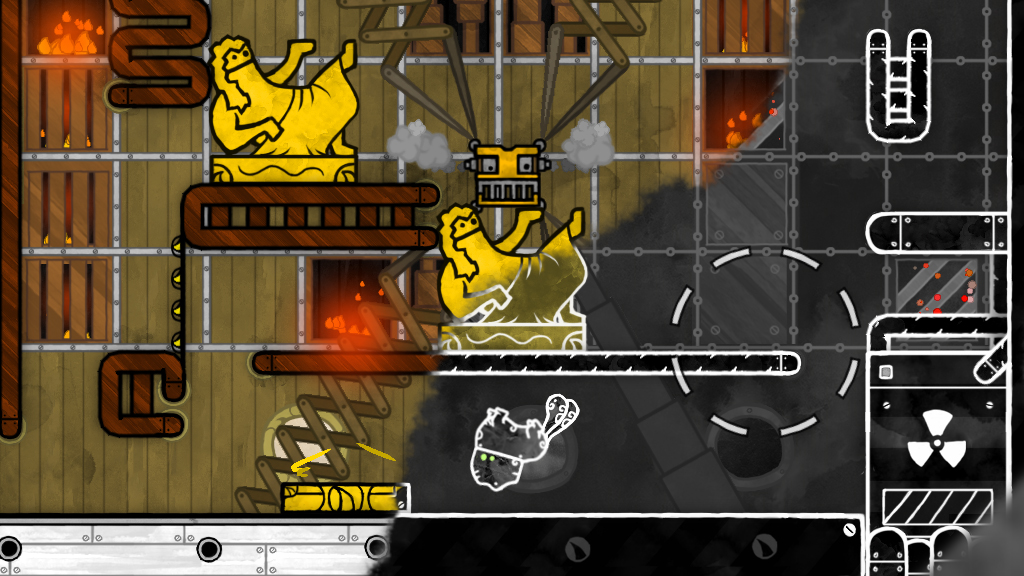 Ekermo (who worked as a graphics programmer on The Darkness, Chronicles of Riddick: Assault on Dark Athena and StarCraft 2) and Kangas (one of the level designers for Syndicate) began working on Backworlds as a side project in 2009. The game was recently selected for Indie Megabooth at PAX in 2018 & 2019 and an earlier version of the game was nominated for multiple awards back in 2012.

Developer, Anders Ekermo said: “Backworlds was inspired by indie game pioneers in 2008 and 2009 – we wanted to make a game with unique mechanics, one that allowed the player to be creative in a world of hand-drawn art.

The games industry has changed a lot since then and Backworlds with it, but it has always been about the joy of solving a good puzzle.”

This looks like a fun platformer to check out. Stay tuned to Gaming Trend for all your gaming news.