Today, Curve Digital and DoubleMoose announced that its sandbox game Just Die Already is now available on PlayStation 4, Xbox One, Switch, and PC. The game will allow you to do some unsavory things in an open world… but as old people! Live out your violent fantasies as an elderly person and try to get the love (and housing) you always wanted.

Ever wanted to take on the guise of an elderly person, head out onto the street and get steamrolled by traffic, electrocuted by a tram line, and fired high into the sky strapped to a rocket? Yes? Really? Well, you may want to talk to a professional about just why that is but, more importantly, Just Die Already – out today – just might be the game you’ve always dreamed of!

Curve Digital and DoubleMoose can today announce that the ‘old aged pensioner playground’ is finally available on PlayStation 4, Xbox One and Nintendo Switch as well as PC on Steam and Epic Games Store, bringing its particular brand of multiplayer mayhem to gamers across the globe, whatever platform they’re playing on. 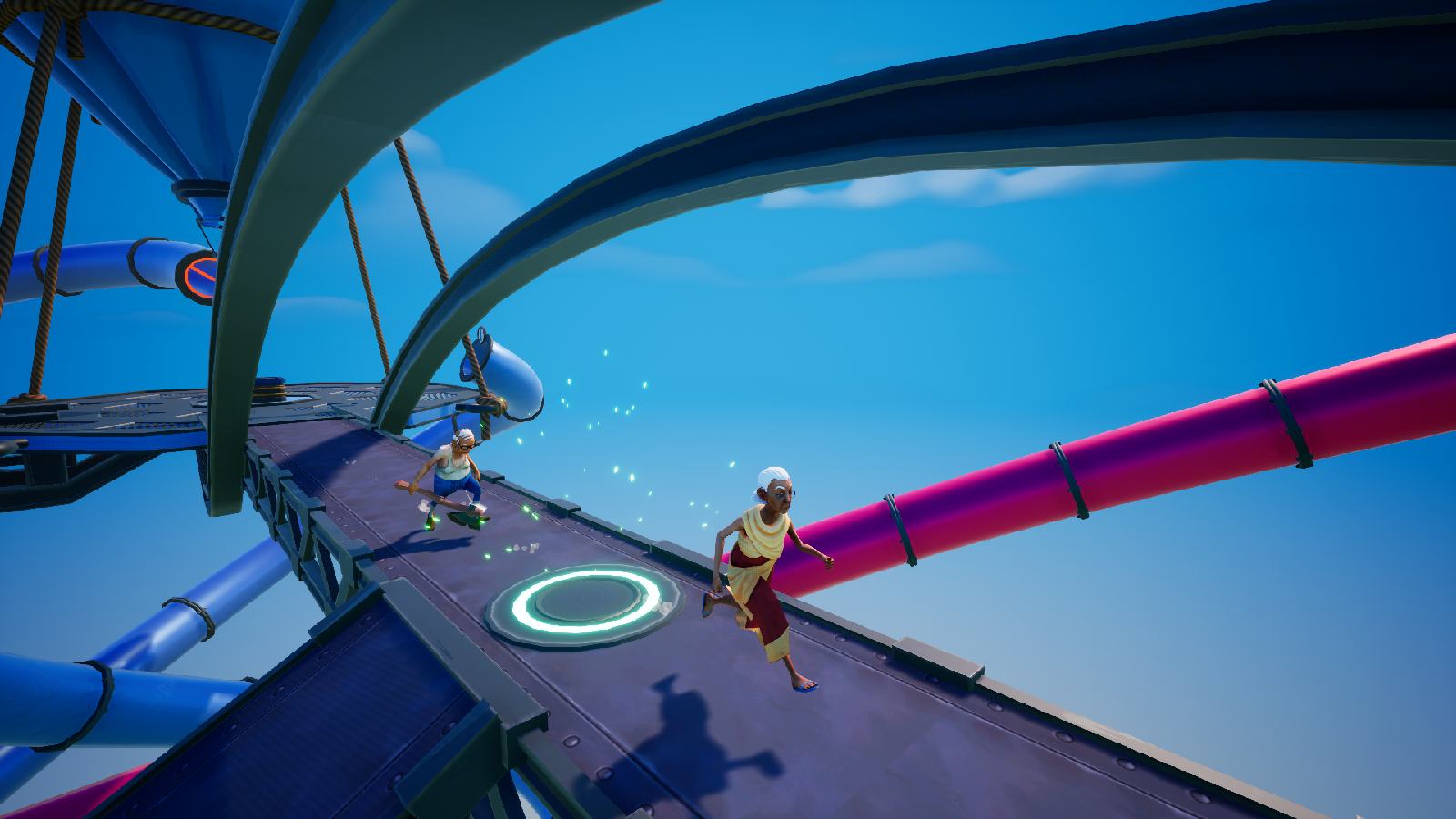 Just Die Already tells the tale of old folk who have just been kicked out of their retirement homes, competing with each other to secure a sweet spot somewhere new by performing dangerous challenges to qualify for free care. Players can either take on Just Die Already alone or compete in four-player online multiplayer (fully cross-platform too, thanks to Epic Online Services), ticking off dangerous challenges that put your life – and, indeed, every atom of your being – in danger.

The new mode will allow players to compete against their other old friends, taking part in PvP battles across four brand new arenas. It’ll be the first free update of many, with further exciting Just Die Already updates planned for the rest of 2021 and beyond.