This evening NVIDIA unveiled two new powerhouse products that you had to know were coming — the GeForce RTX 3070 Ti and GeForce RTX 3080 Ti. Starting on June 3rd you’ll be able to get your hands on the new flagship card, the 3080 Ti, with the RTX 3070 Ti coming next week. How powerful are these two new cards? Well, how does 1.5X the previous generation? Still rocking a 1080 Ti? There’s no better time to make the leap to RTX, and these cards are going to last you for quite a while. If you want to see what this card is capable of delivering, look no further than an absolutely stunning look at DOOM Eternal’s much-anticipated RTX update, running at 4K resolution, on the 3080 Ti.

Seeing the reflections on the floor as rockets careen down hallways, or the massive burst light bouncing off the reflective surfaces as the BFG as it rips through demon flesh is absolutely stunning. Seeing at 4K? That’s a whole new level. Best of all — you can see what you can expect in terms of framerate as FrameView is running in the corner. Nearly 90fps at 4K folks — glorious. 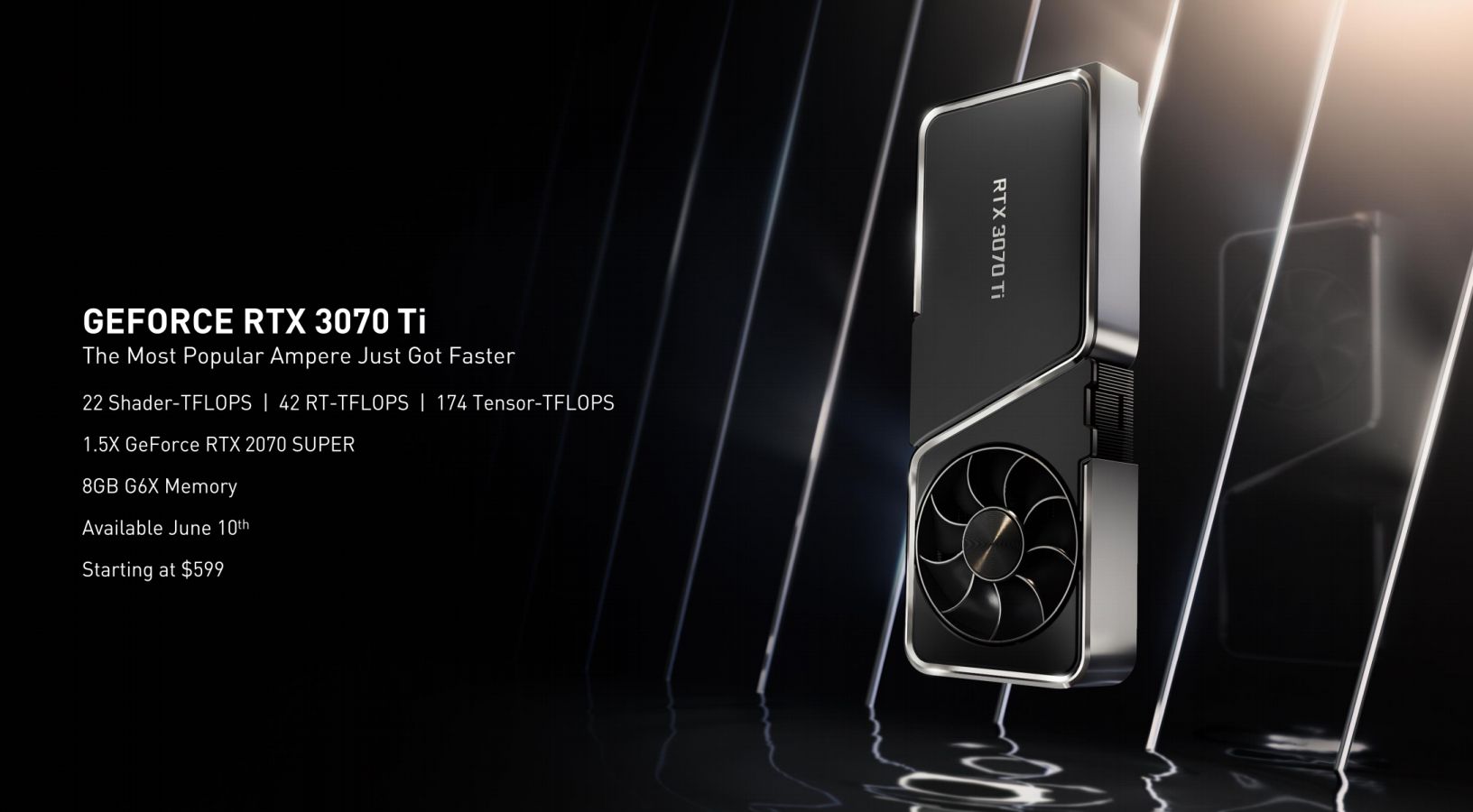 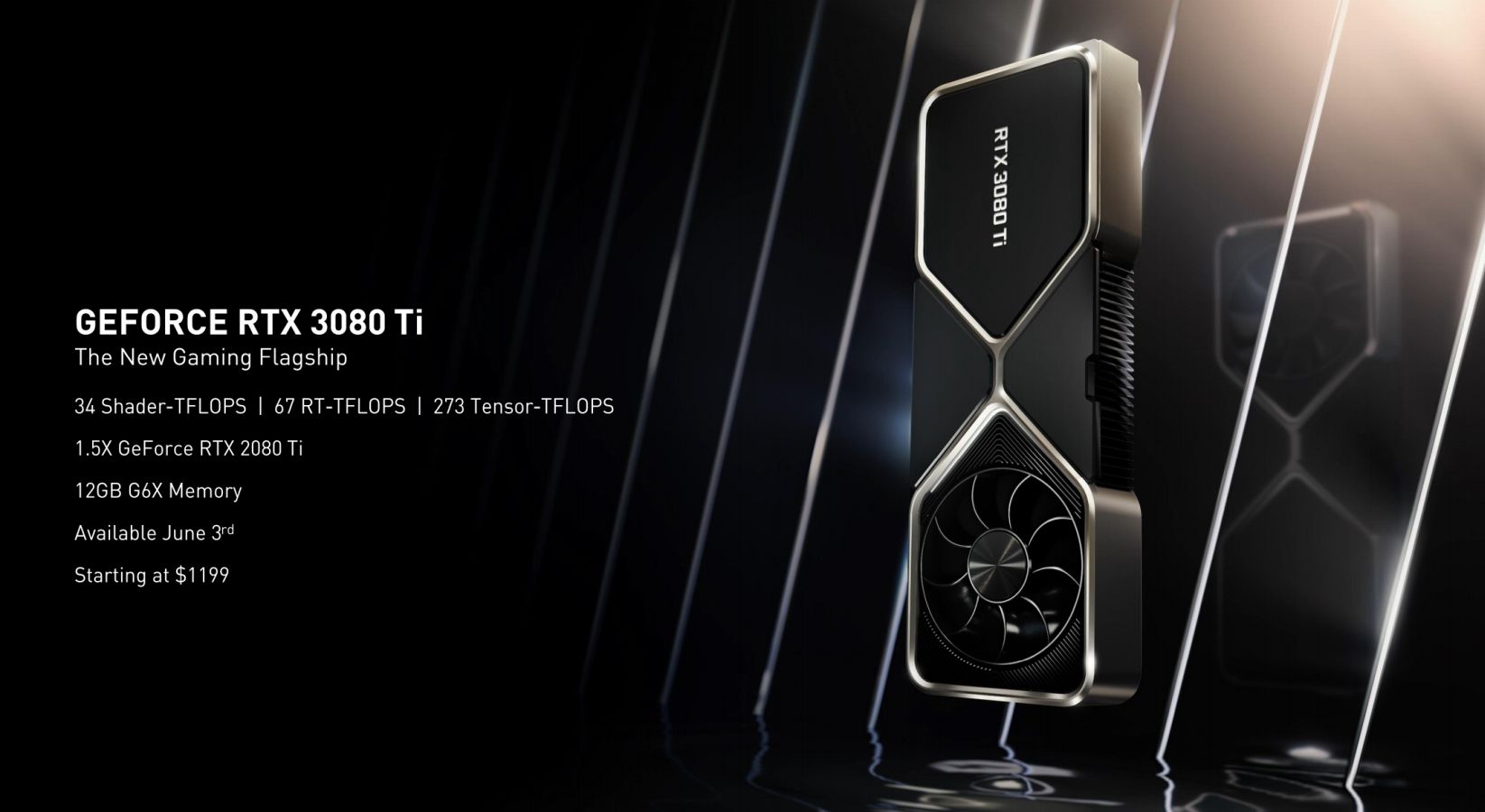 The team also showcased a great deal of RTX-accelerated applications including the Adobe suite, OBS, Unreal Engine, Unity, and much more. I know that I’ve seen a huge bump in speed from DaVinci Resolve Studio, cutting my render times for 4K video down from what was hours to minutes. Apps like Blender, Autodesk, Lightroom, Photoshop, and Twitch join the ranks of over 70 apps that are all taking advantage of these new RTX-enabled powerhouses.

Also during the presentation, they announced that Dying: 1983 will be joining the RTX family, supporting Ray Traced lighting and DLSS support of the game at launch.

NVIDIA recently launched a new piece of tech baked right into every RTX card called Reflex.  Reflex is able to reduce the amount of latency we see in popular shooters like Overwatch, Destiny 2, Valorant, Apex Legends, and more.  Now they are bringing that same low-latency mode to another insanely popular game — Escape from Tarkov.

In terms of games supporting DLSS, the team has also announced a staggering 130 games have adopted RTX, DLSS, or both.  With E3 just weeks away, it’s inevitable this list is about to absolutely explode, but they had a few to share with us:

We’ve gotten our hands on both of these cards and will have a LOT more to share with you very soon. Stay tuned right here for all of your in-depth analysis, but don’t wait — these cards will go very, very fast.