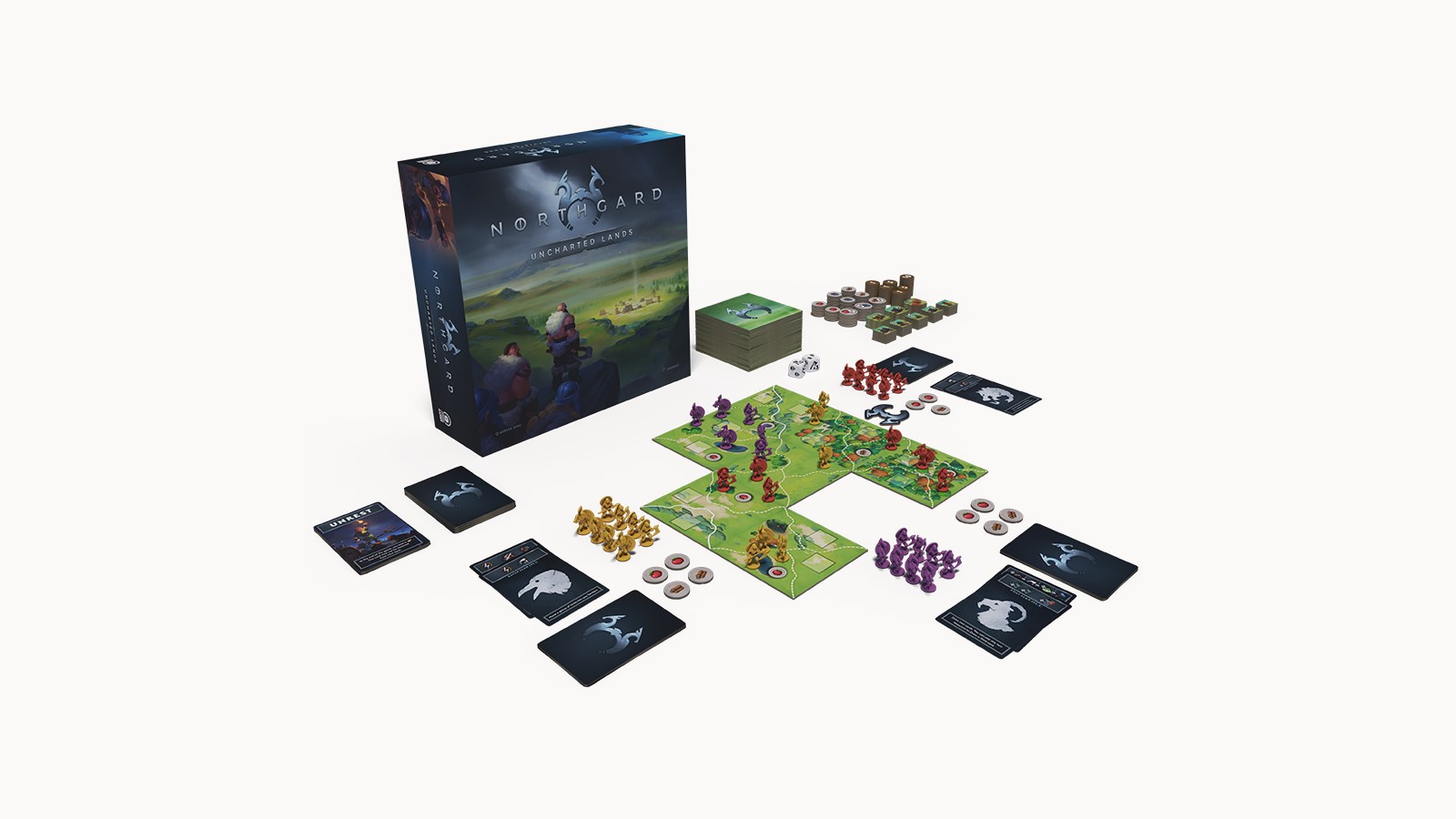 Northgard: Uncharted Lands is our next big release, and it’s currently on the BoardGameGeek Hotness (#12 at the moment, woohoo!) thanks to all the Kickstarter backers receiving their pledges. The Kickstarter campaign ran last year and raised over $500,000 with 8,000+ backers.

This hefty box contains a streamlined 4X experience with deck-building elements, all set in the viking world of the titular video game. The gameplay and strategies of the video game have been translated into approachable versions of some of the most involved board game mechanics, making it a game that bridges the interests of digital and analog players.

What is 4X? Games that have these 4 mechanics at their core:

Explore: Reveal additional map tiles to increase the play area.
Expand: Increase your territory size by moving or battling across the map.
Exploit: Gain resources and/or points from your territories.
Exterminate: Battle other players and remove them from the map. 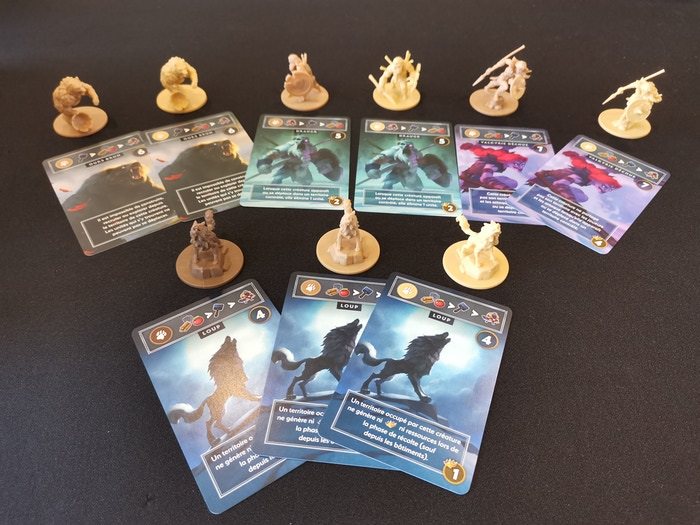 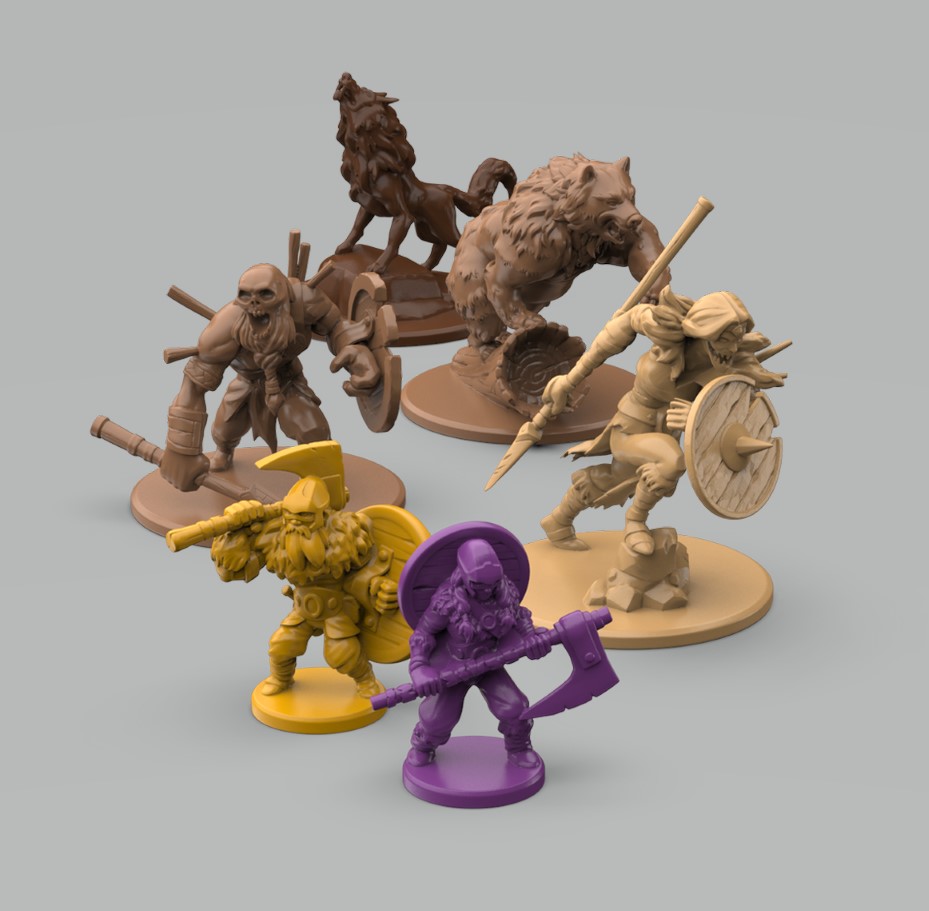 STREAMLINED 4X GAME: Explore, expand, exterminate, and exploit the lands to ensure your viking clan has the most fame and prosperity!
SIMPLIFIED DECK-BUILDING: At the end of each round, gain 1 new card with upgraded actions, multiple actions, or end-of-game scoring!
70+ PLASTIC MINIS: Bring the world to life with your own set of 14 plastic vikings. See who controls each terrain with these 3D player pieces!
50+ UNIQUE CARDS: In addition to your starting cards, there are over 50 unique cards that you can add to their hands for powerful actions!
7 DIFFERENT CLANS: Choose one of 7 different viking clans to control, each with three unique powers that you can upgrade during the game!

Based on the universe of the Northgard video game, Northgard: Uncharted Lands is a game of conquest and exploration set in the age of vikings. Each player controls a Viking clan and builds their own deck, looking to achieve victory by reaping glory in various ways or controlling the most prized territories of this new continent.

The game focus is on streamlined rules and mechanisms, allowing for a fast-paced and smooth rhythm of play. Each turn, players alternate their actions to adapt their strategies to their opponents’ moves and the expansion of the board. Fame (i.e., points) can be earned by exploring, fighting, and controlling and developing territories. The various corresponding actions are played through the cards that the players have in hand. At the end of each turn, they have to choose a new card to improve their personal deck as their clans develop new tactics and technologies.