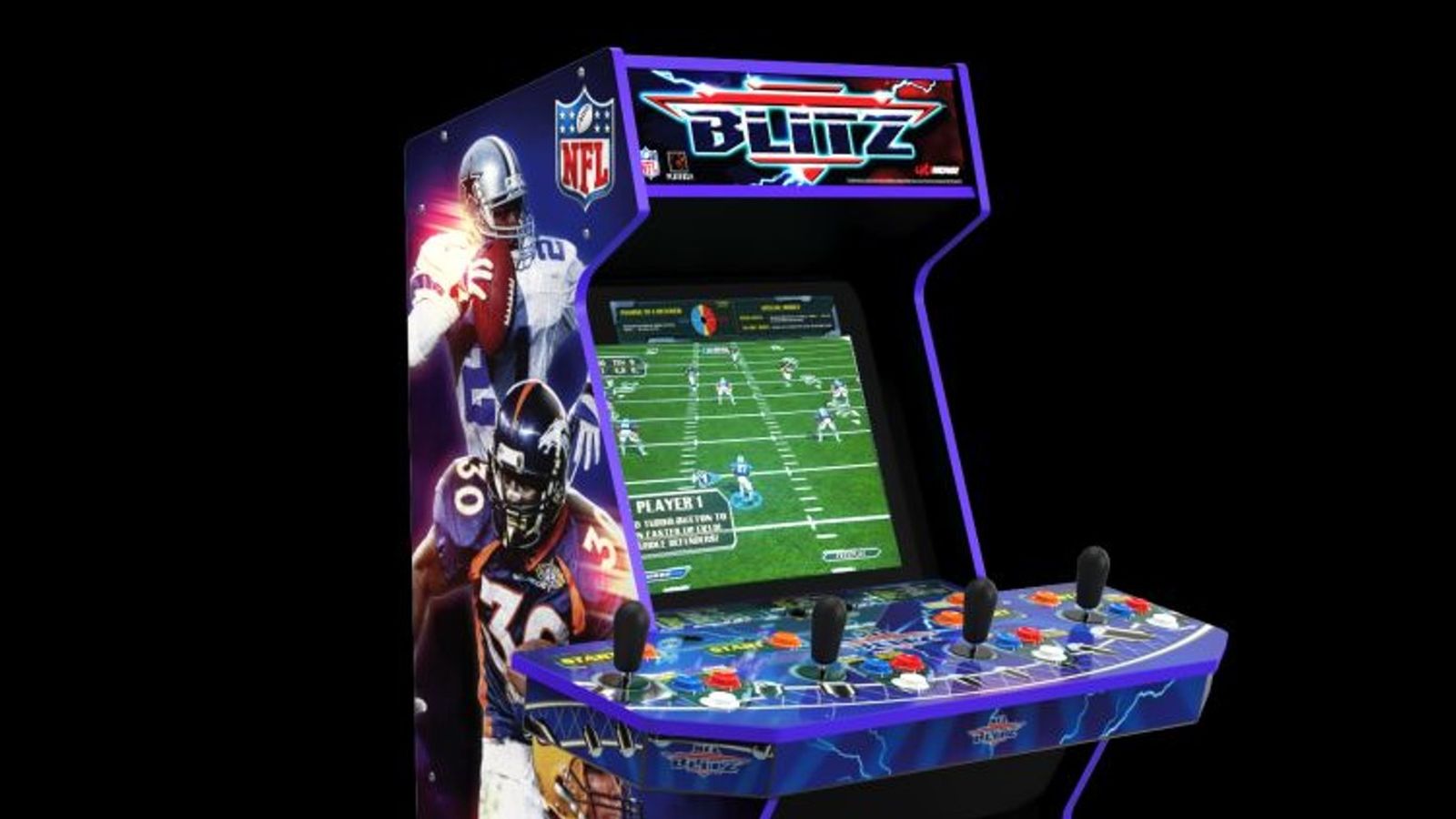 Well you can’t say that Arcade1Up doesn’t listen to its fans, as today NFL Blitz is officially up for pre-order on Arcade1Up.com, BestBuy.com and Walmart.com with a release date of October 2022. Years of pleading by fans helped make this arcade cabinet a reality, and man – Arcade1Up has done this classic justice. NFL Blitz will feature not one, but three games: NFL Blitz, NFL Blitz ‘99, and NFL Blitz 2000: Gold Edition, along with a custom branded riser, a light-up marquee, 1-4 player action, online play and Wi-Fi enabled leaderboards, officially licensed artwork, a 49-way joystick, headphone jack, 17″ screen, and more. NFL Blitz has an MSRP of $599.99. While Blitz doesn’t come with a stool in the package, new branded stools for every major NFL team are now available as well, with an MSRP of $79.99 each.  You can check out the full press release below:

Miami – August 15, 2022 – Arcade1Up, the leader in at-home retro gaming entertainment, today announced NFL Blitz Legends, remastered versions of the legendary games that captured the attention of millions of fans during their heyday in the 90’s. Returning after 25 years, the iconic NFL Blitz franchise aims to score big with today’s NFL fans and gamers, while also invoking a sense of nostalgia. In a first for the NFL Blitz franchise, Arcade1Up has created a unique arcade machine for the home featuring three of the most popular titles – NFL Blitz, NFL Blitz ‘99 and NFL Blitz 2000: Gold Edition. NFL Blitz Legends is available for pre-order on Arcade1Up.com, BestBuy.com and Walmart.com beginning today and will be available at retail stores this upcoming NFL season.

“We could not be more excited to bring NFL Blitz Legends to fans who have been waiting years for the return of this iconic game,” said Scott Bachrach, CEO, Arcade1Up. “Our team spent the better part of the last two years making sure we both honored the games’ past while bringing it up to today’s modern standards with AAA development efforts in partnership with the NFL and FGA, and I think we’ve achieved that in an unbelievable feat of fun, exciting, action-packed gameplay while reengineering the original game.” 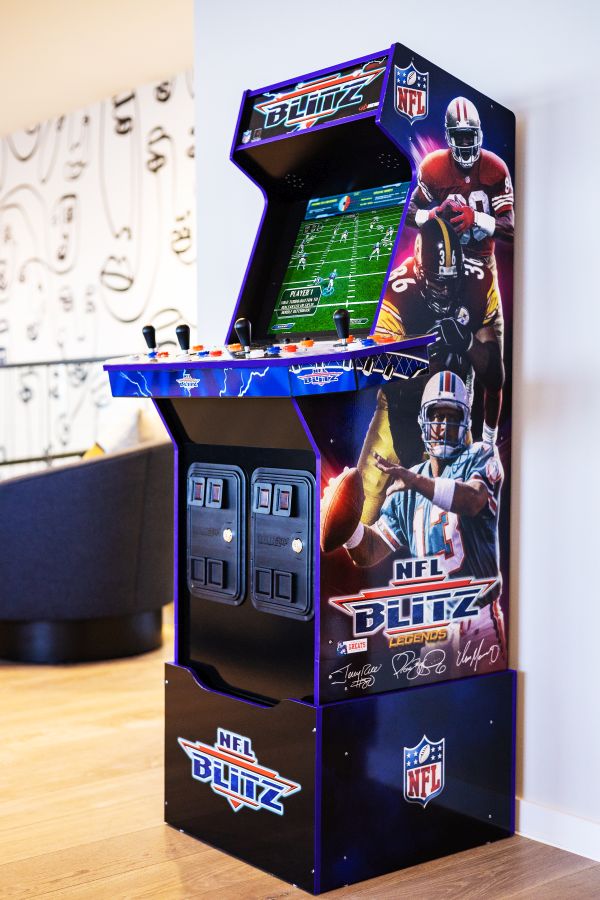 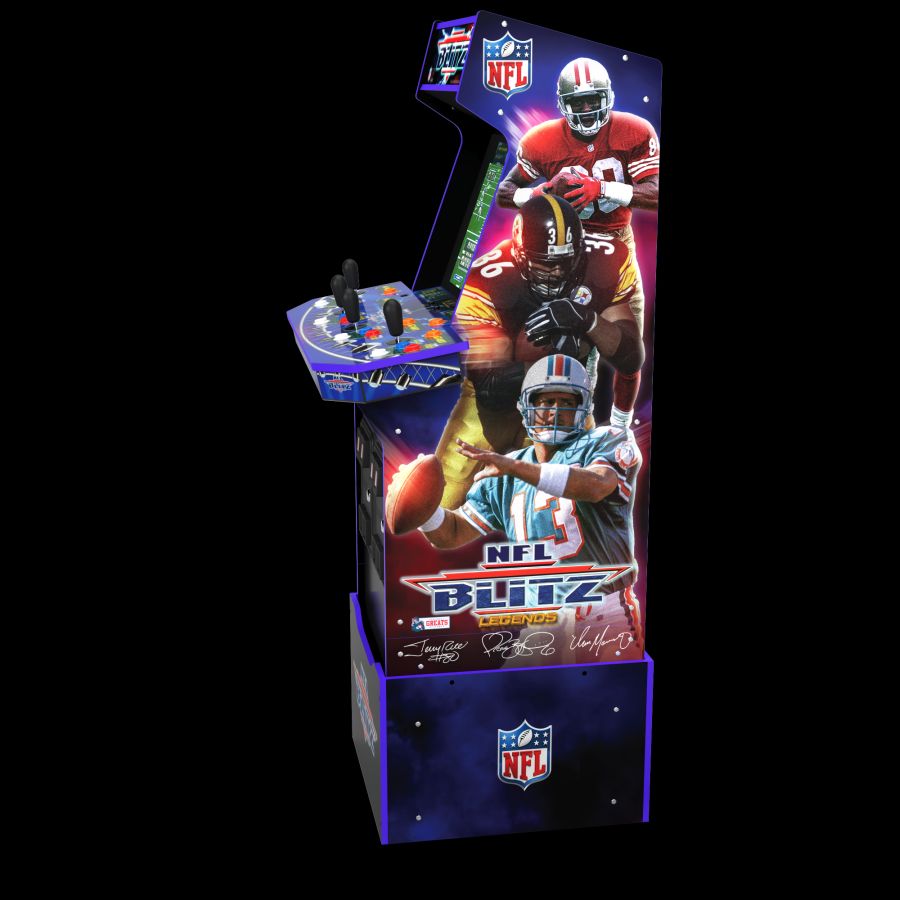 NFL Blitz Legends gets straight to the fun with easy-to-understand gameplay that highlights the best parts of the game including Hail Mary’s, interceptions, game-changing tackles, and touchdowns. To support the NFL’s current Player Health & Safety initiatives, a specific set of tackles and after-the-whistle hits were removed or edited in the remastered versions of NFL Blitz, NFL Blitz ‘99 and NFL Blitz 2000: Gold Edition while maintaining the level of excitement in the original games. And, for the first time in the Blitz franchise, players can play on a home arcade machine and compete online with Wi-Fi multiplayer and leaderboards.

“I’ve always thought Blitz was one of the best games made and the fans loved it too,” said Jerry Rice, NFL Legend. “I like how Arcade1Up took the time to reflect today’s NFL game while celebrating the game’s greatest legends and uniforms from back in the day. Every play is still a game-changing play and I love that. I can easily see this becoming a favorite pastime.”

“This has been an amazing partnership and team effort between the NFL, Arcade1Up and the FGA across development, strategy and activation,” said Brett Weiss, Associate Vice President of Licensing at IMG and its FGA business, which manages the collective licensing, sponsorship & marketing rights of retired NFL players. “NFL Blitz remains one of the most iconic video games of all time and was a staple in arcades and homes in the 90’s. We could not be more excited to revive it this fall and introduce it to a new generation.” 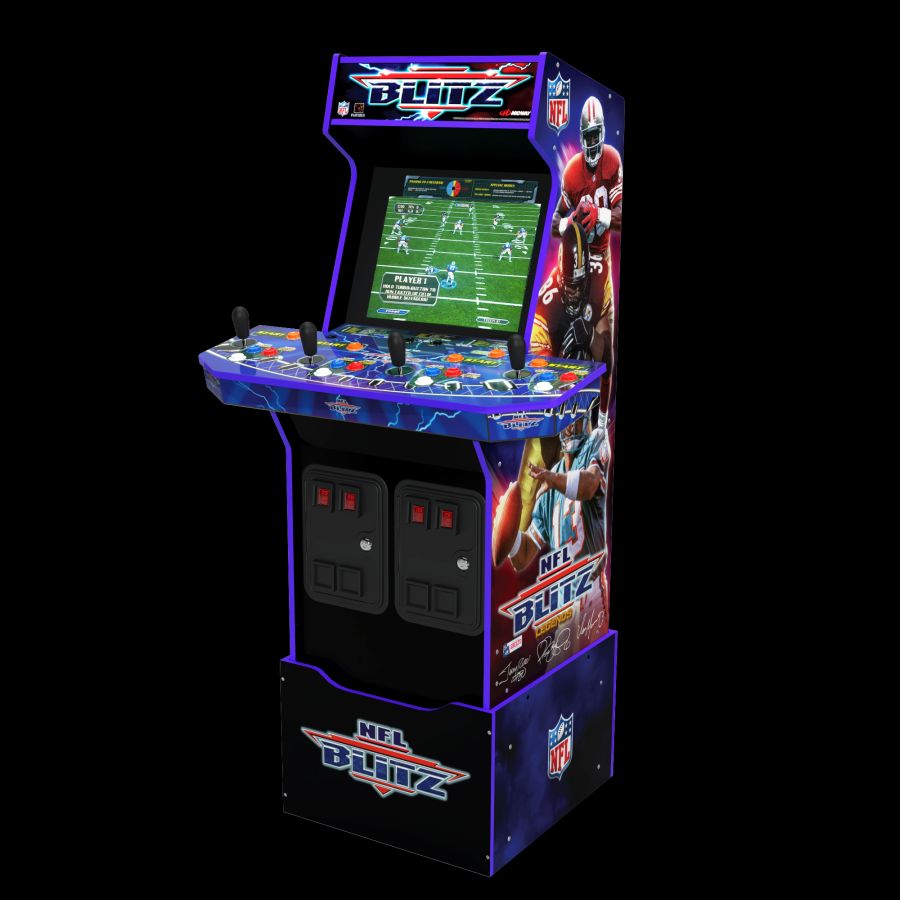 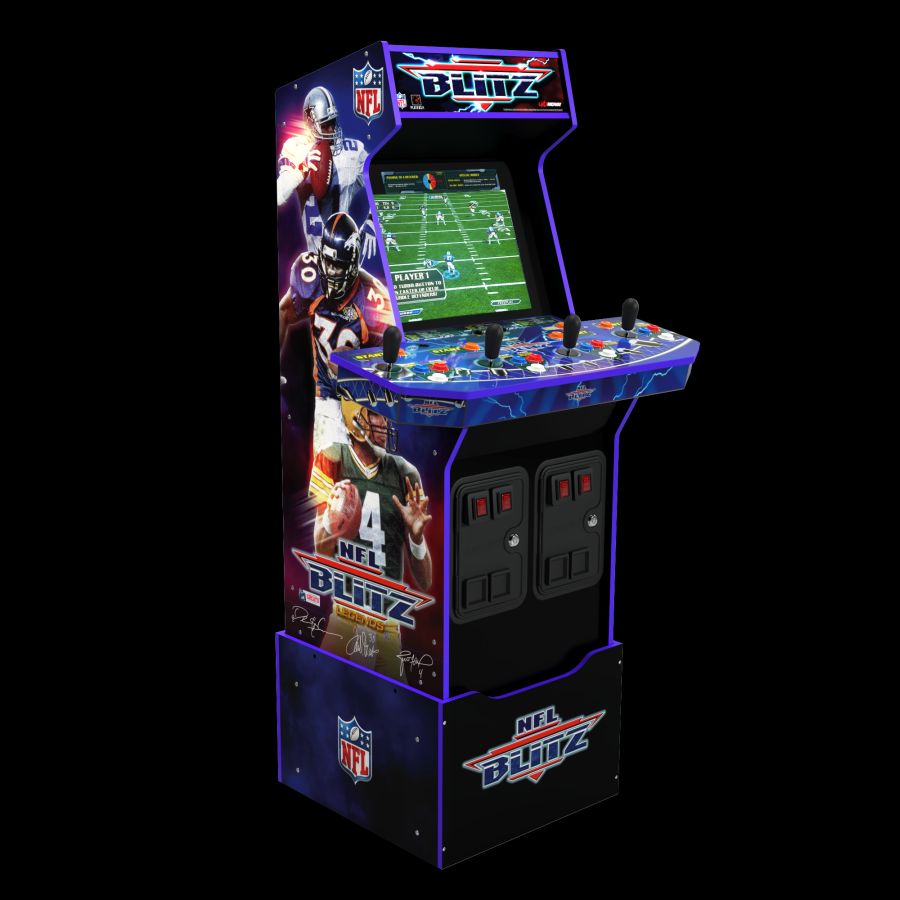 Built to resemble the iconic NFL Blitz found at retro arcades, NFL Blitz Legends is a five-foot-tall arcade machine featuring NFL legends on the sides of the cabinet. The artwork and gameplay also feature retro team logos and uniforms, adding to the authenticity of the gaming experience. In addition to Wi-Fi multiplayer and leaderboards, the arcade machine has a 49-way joystick and 17-inch screen with a light-up marquee, and branded riser.

Pre-orders for NFL Blitz Legends begin today on Arcade1Up.com, BestBuy.com and Walmart.com and the machine will be available this fall – just in time for at-home football gatherings – for $599.99. Branded stools representing every team in the NFL today are available for $79.99. The first 1,000 consumers to pre-order the machine from Arcade1Up.com will receive a limited-edition NFL Blitz Legends hat as a gift with the purchase.

*Play NFL Blitz locally or online with up to 4 players for the first time ever!
*Hail Mary’s, interceptions, huge rushing yards and of course, sacking the QB
*>84% of the tackles we all remember (99/ 117 total tackles) are here to stay
*Officially Licensed by the NFL and FGA
*Wi-Fi Multiplayer and Leaderboards
*49-Way Joystick
*Light-Up Marquee
*1-4 Player Simultaneous
*3 Games in 1 machine
*Headphone Jack
*Branded Riser

Stay tuned to Gaming Trend for more info on Arcade1up products and for all your gaming, tech, and entertainment news!