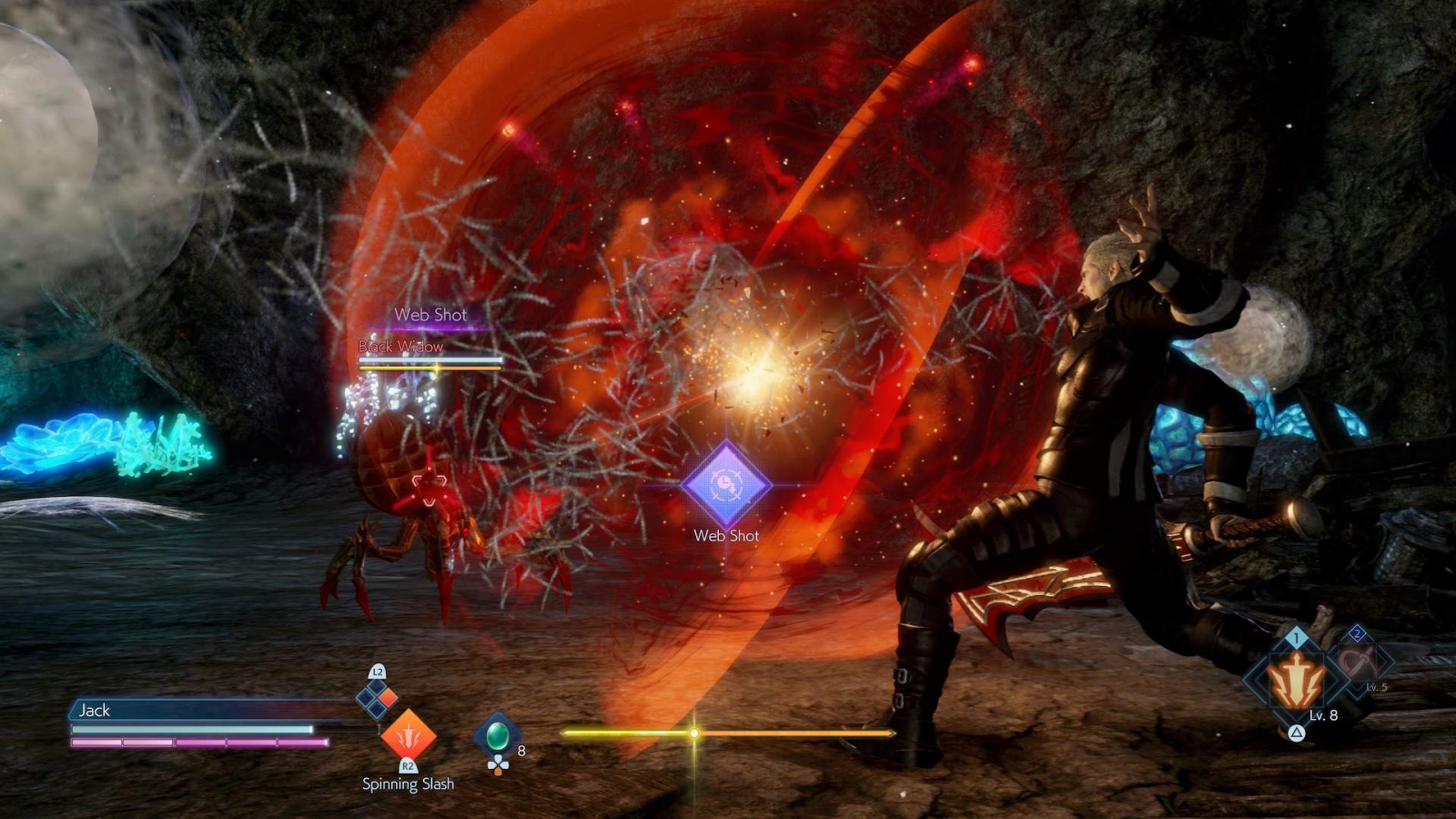 Today Square Enix released new photos and infromation about their anticipated upcoming release, Stranger of Paradise Final Fantasy Origin. The game will differ from previous Final Fantasy entries by focusing more on strategic and challenging action mixed with RPG elements. You can read below for more details and to see the newly released screenshots:

STRANGER OF PARADISE FINAL FANTASY ORIGIN isn’t out until March 18, 2022, but we know that a lot of you are hungry for more information. So, how about some new screenshots?

The upcoming action RPG from Team NINJA offers a brutal new take on the FINAL FANTASY series, but fans of FINAL FANTASY I in particular may spot a few things they recognize. 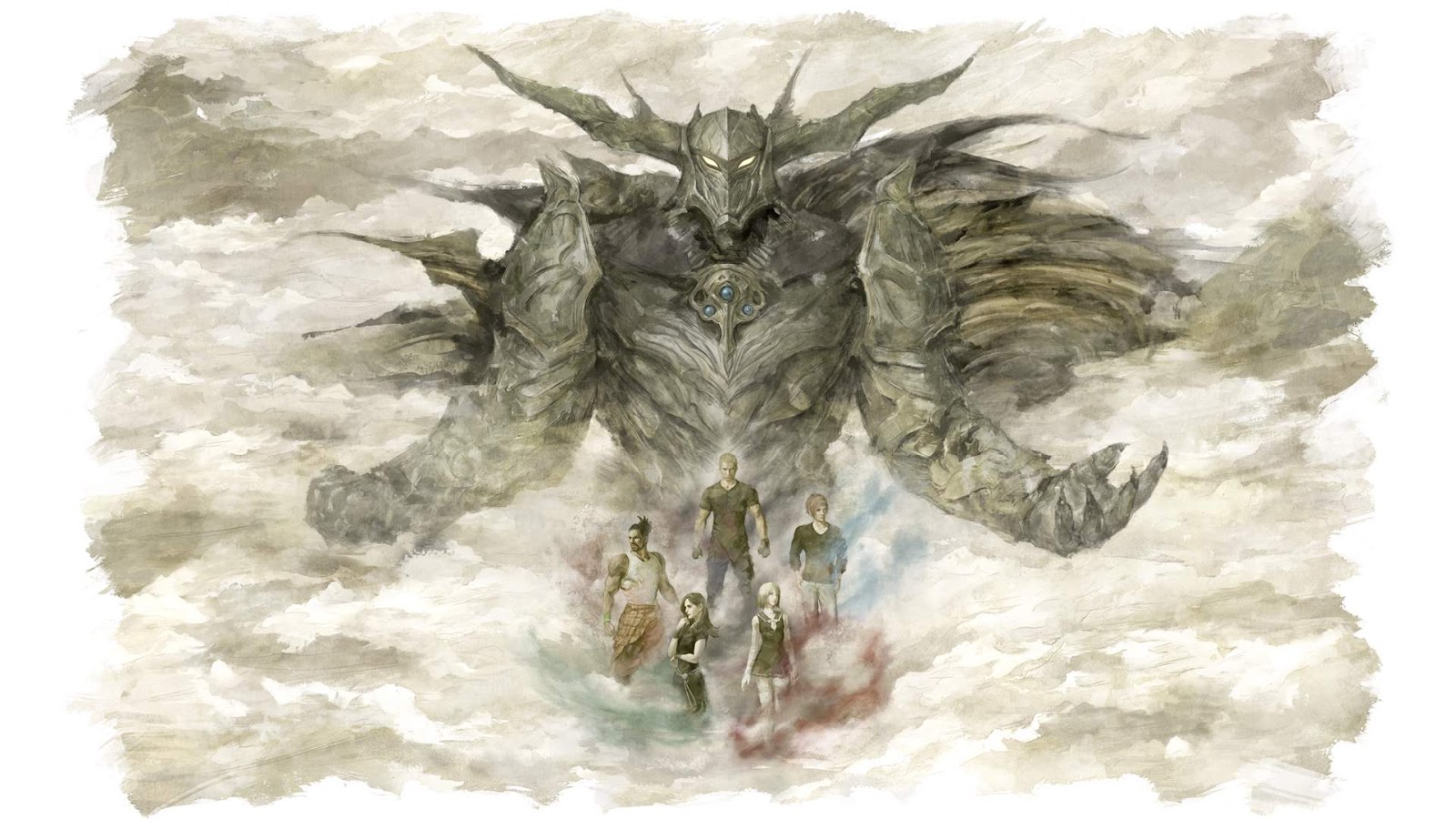 The story of FINAL FANTASY ORIGIN focuses on Jack and his fight to return light to the crystals of Cornelia – a land overrun by darkness. Will restoring the crystals’ light usher in peace or a new form of darkness… or perhaps something else entirely? 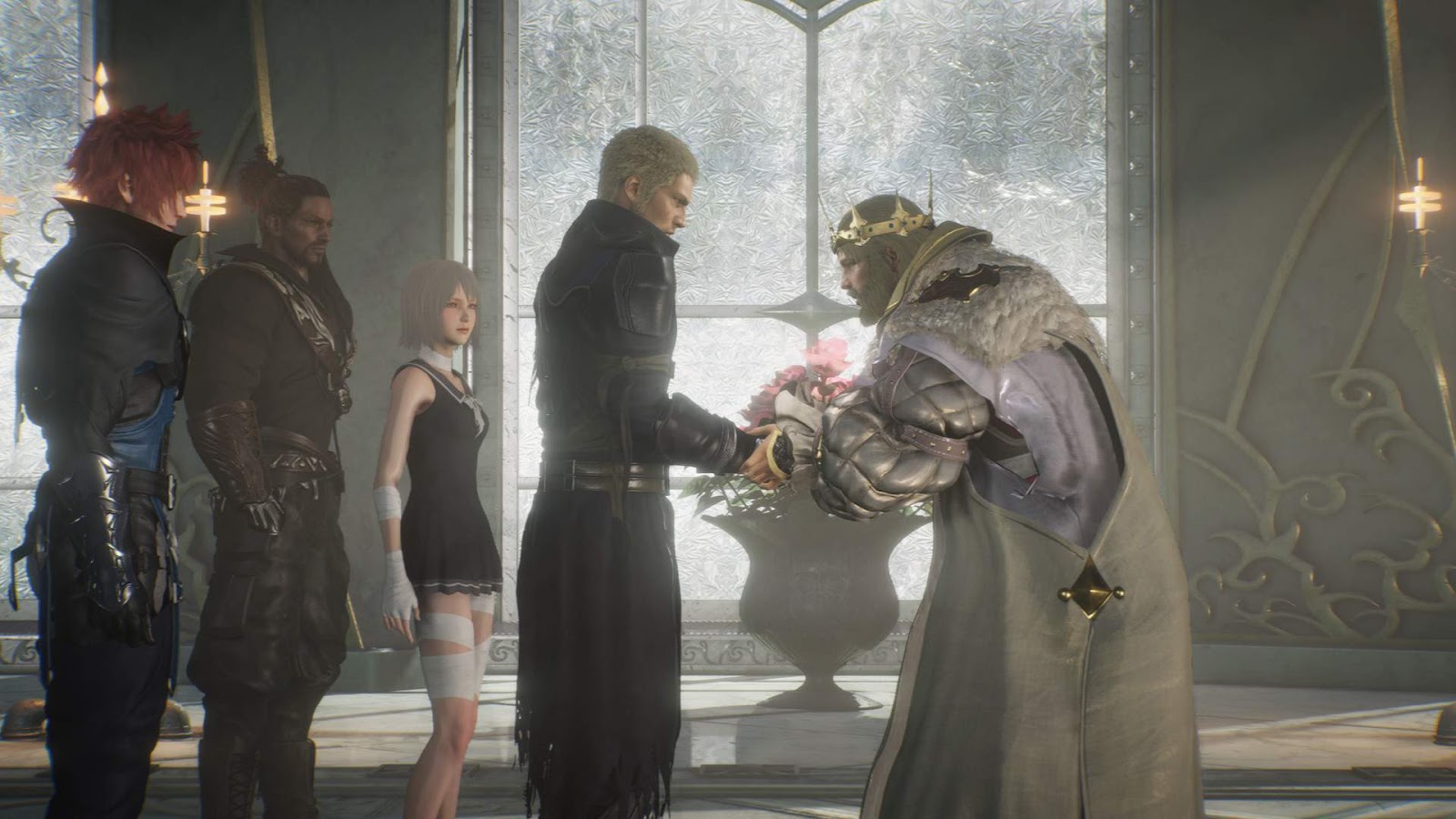 The King of Cornelia reveals the Prophecy of Lukahn to Jack and his friends, in which the Warriors of Light are mentioned. He believes the four of them could be those fabled warriors and places fresh hopes on them to banish the darkness that clouds the crystals. 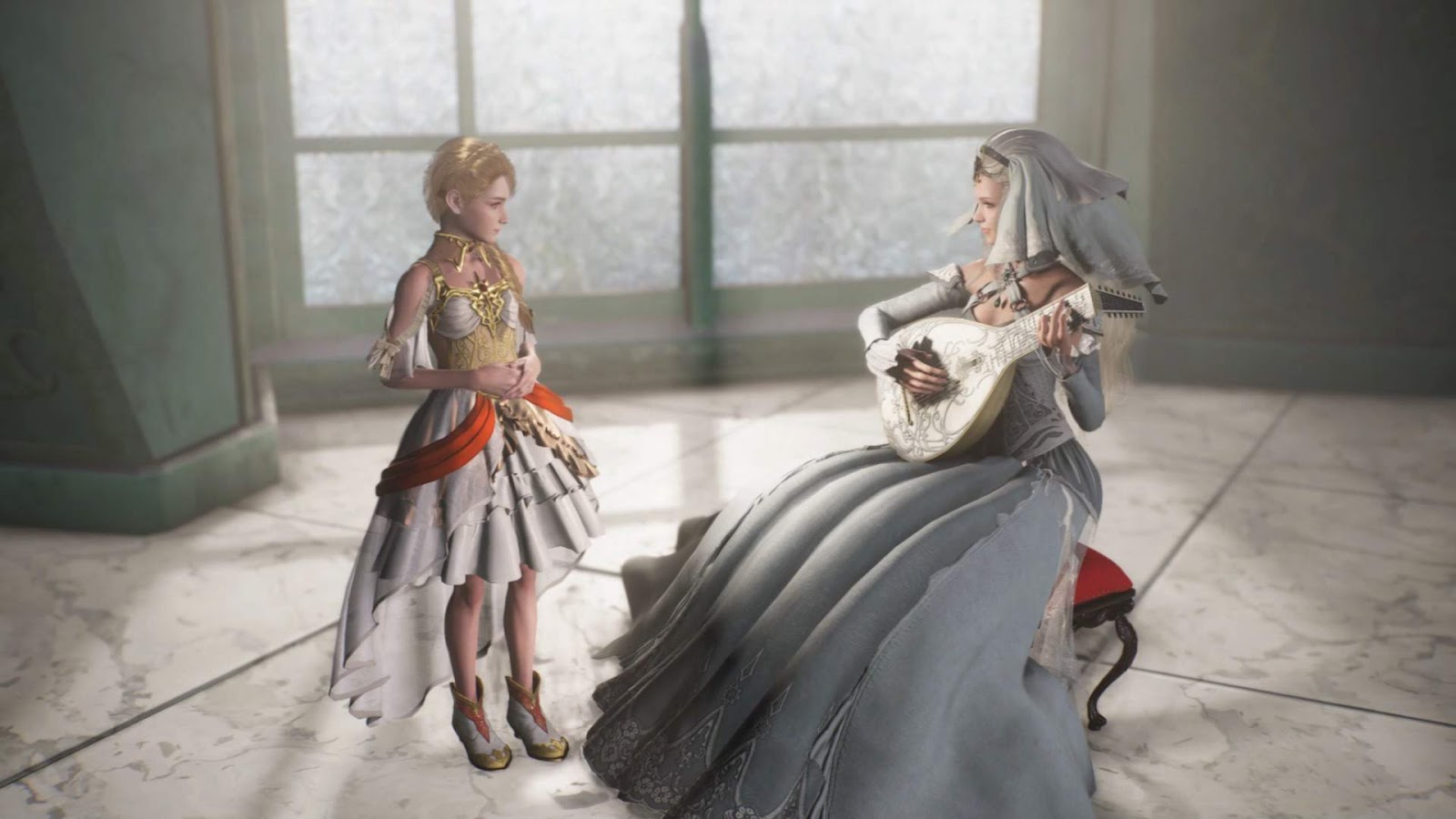 In this image, we see Sarah playing the lute, while she observes the comings and goings outside. Her sister Mia listens on enthralled. Incidentally, the song Sarah’s playing is the FINAL FANTASY prelude! 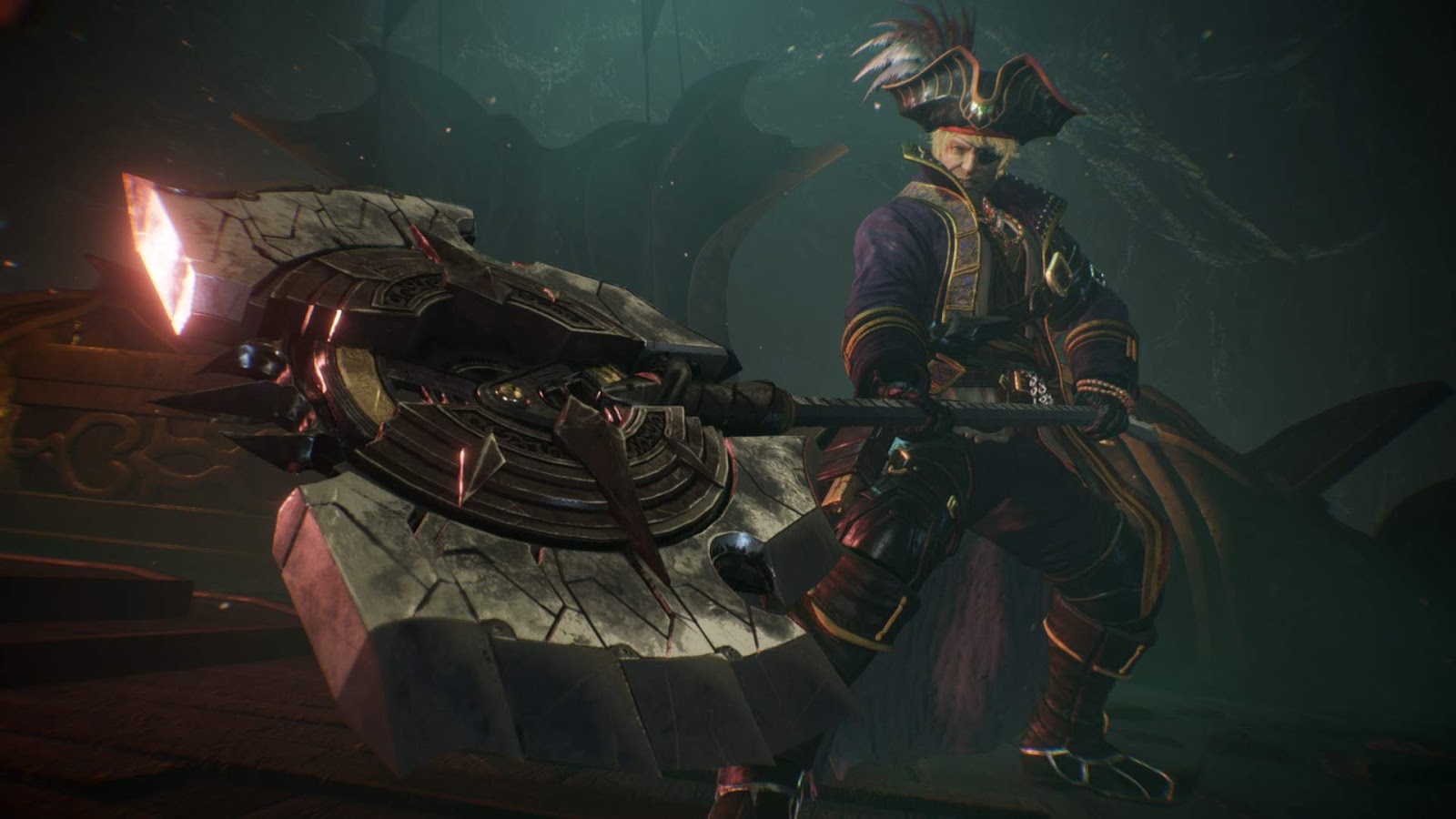 After crossing the northern bridge to Pravoka, Jack and his companions encounter this intimidating chap: Captain Bikke.

Pravoka is just one of the fascinating locations you’ll visit in FINAL FANTASY ORIGIN. Let’s take a closer look at it. 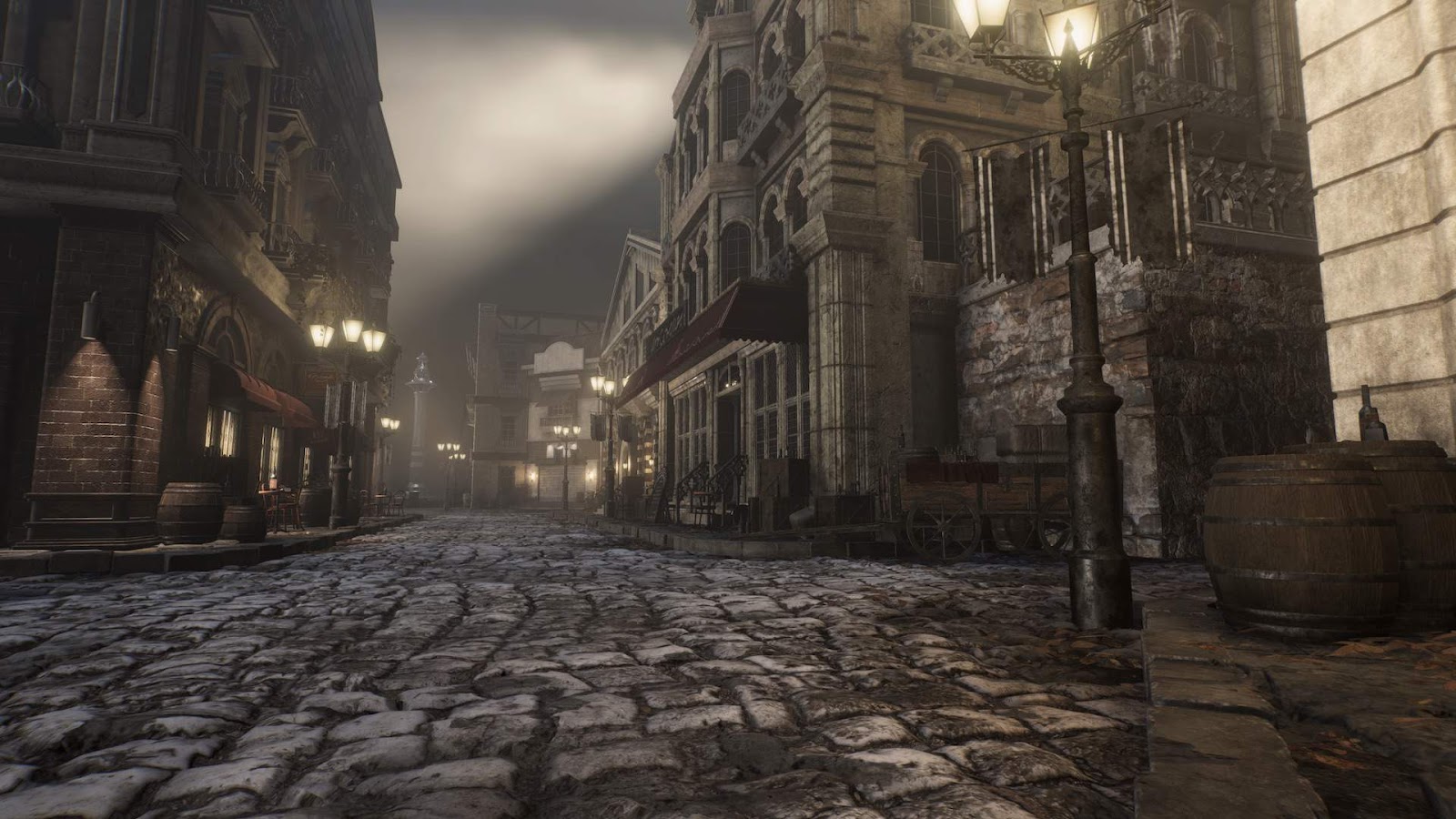 After crossing over the northern bridge to the continent, you will find the port town of Pravoka. The people of the town are looking for crystals with aid from the king of Cornelia. 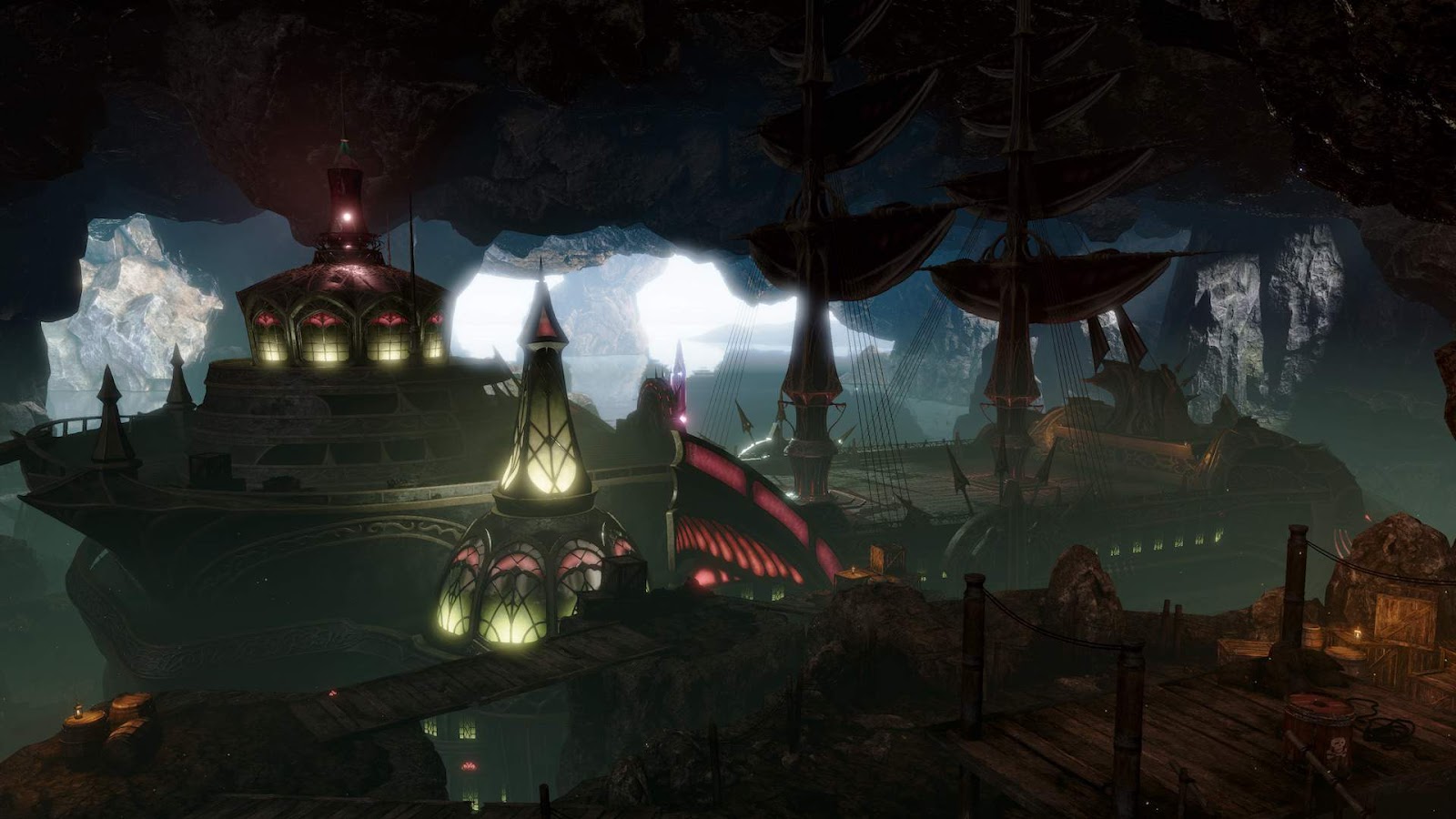 After making your way through the caves, you’ll encounter a pirate ship moored in the Pravoka Seagrot.

Speaking of pirates, this seems like a good point to properly introduce some of the characters that Jack – and by extension you – will encounter on your journey. 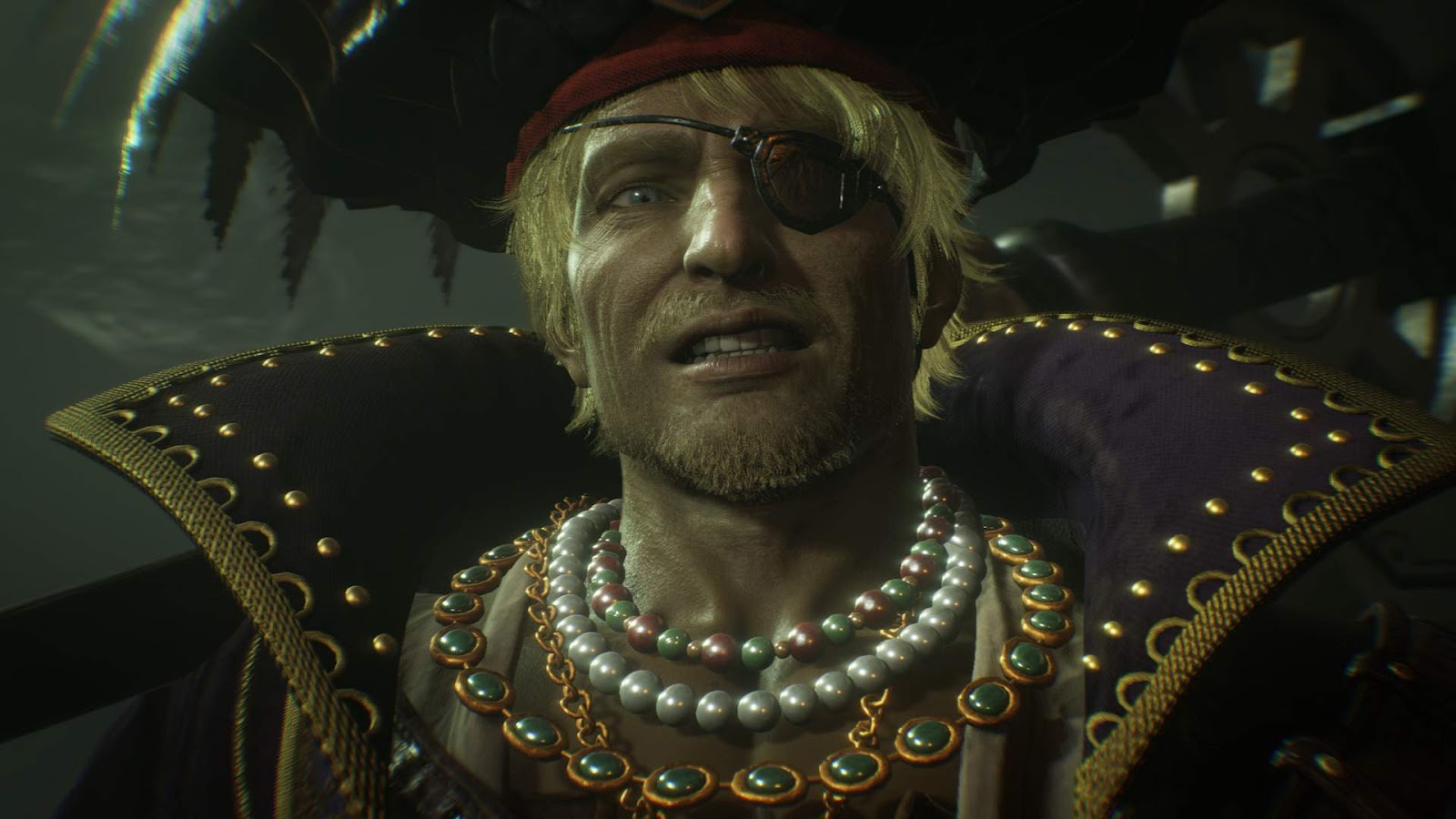 Captain Bikke is a pirate captain who rules the town of Pravoka in place of a governor.

Unfortunately for him, with the oceans now wreathed in darkness, the piracy business has all but dried up. The ships that he would normally target – and the treasures they carry – no longer venture out.

In battle he swings a two-handed axe with wild abandon. 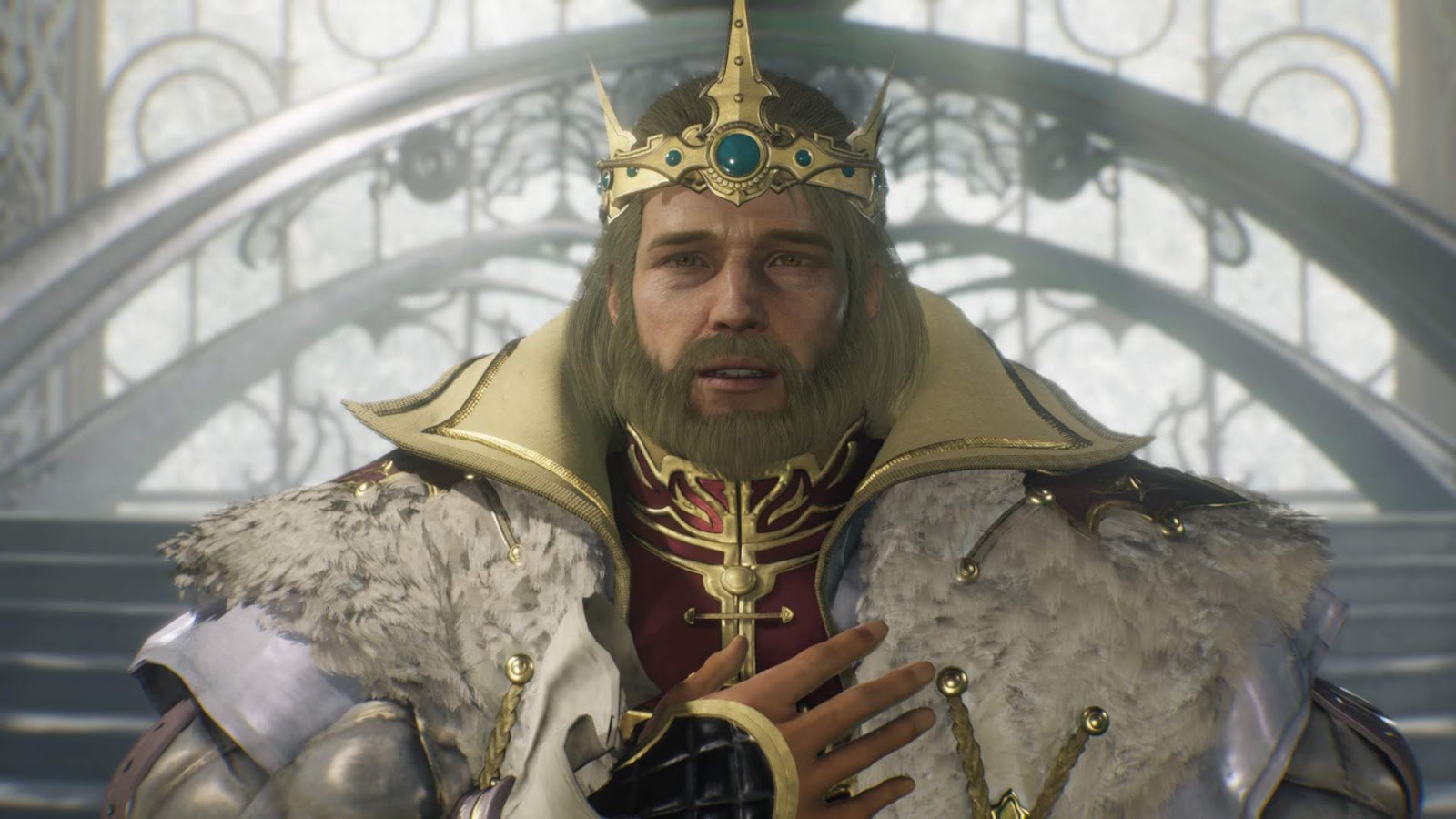 The ruler of Cornelia sees something special in Jack’s burning desire to stop Chaos and pins all his hopes on him. 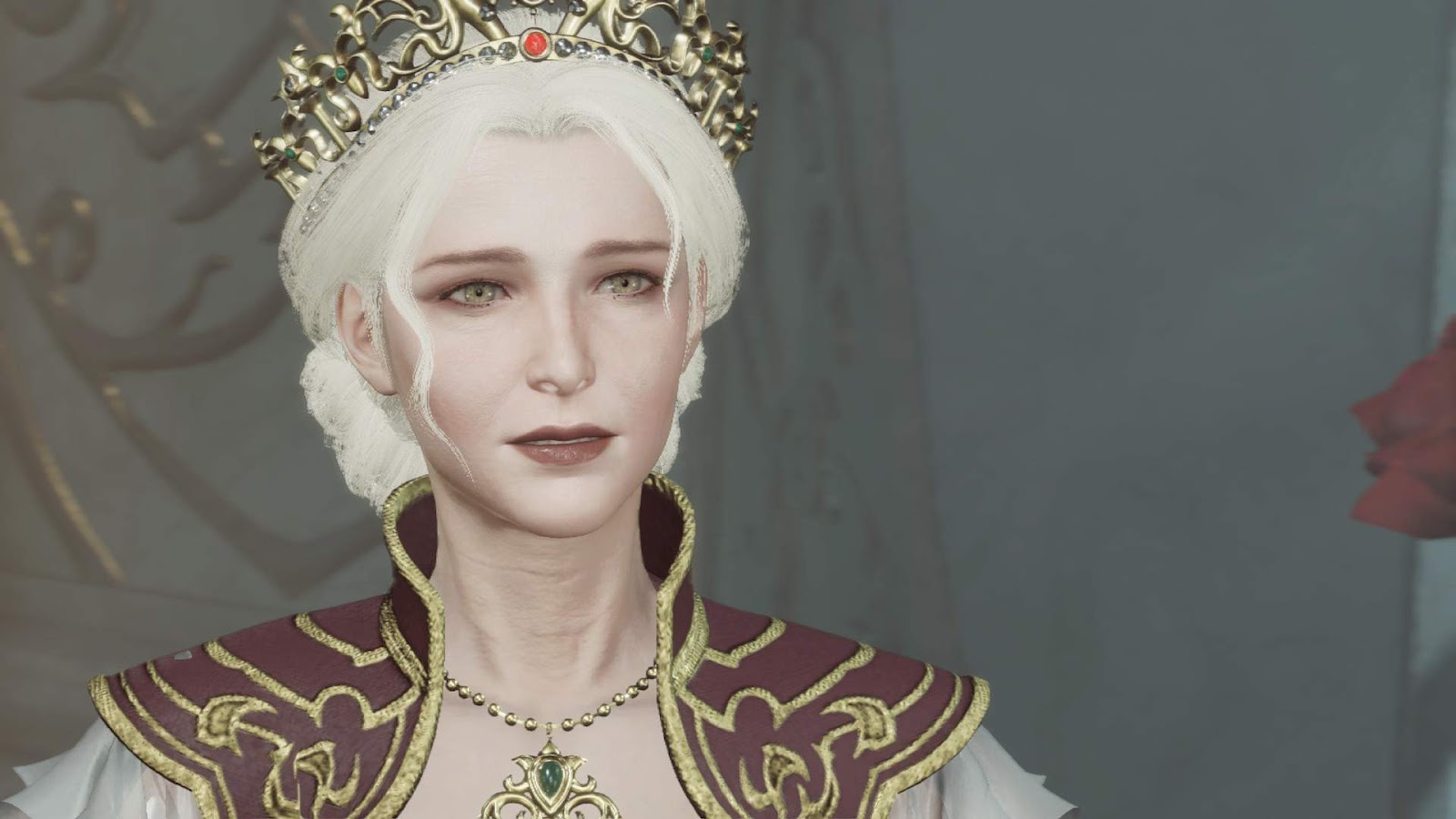 Queen Jayne is the mother of princesses Sarah and Mia. Calm and grounded, she always puts her daughters and the people of Cornelia first. 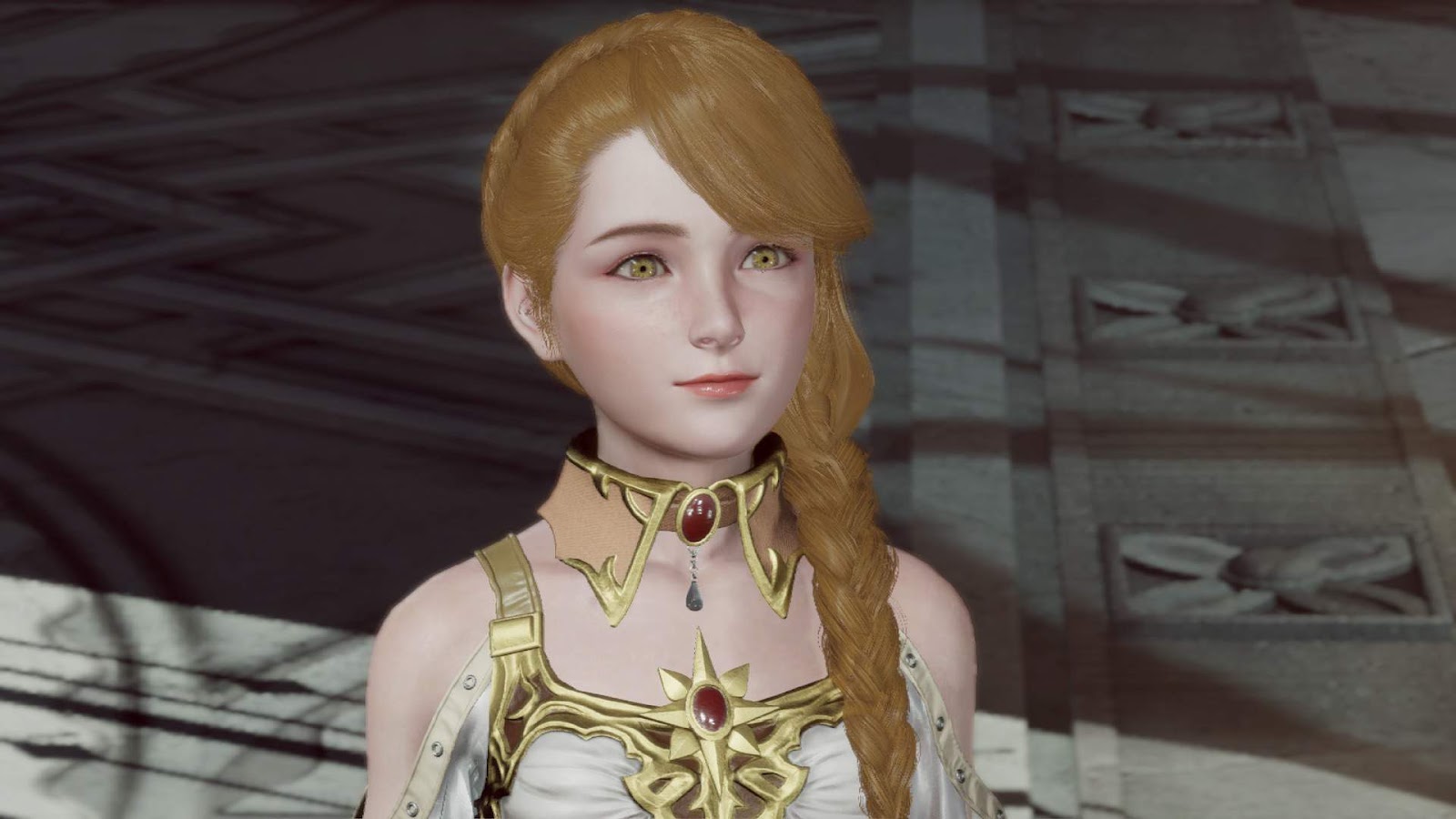 Just like her older sister Sarah, Mia has a strong concern for the citizens of Cornelia. At times, she’s even been known to confront ministers. 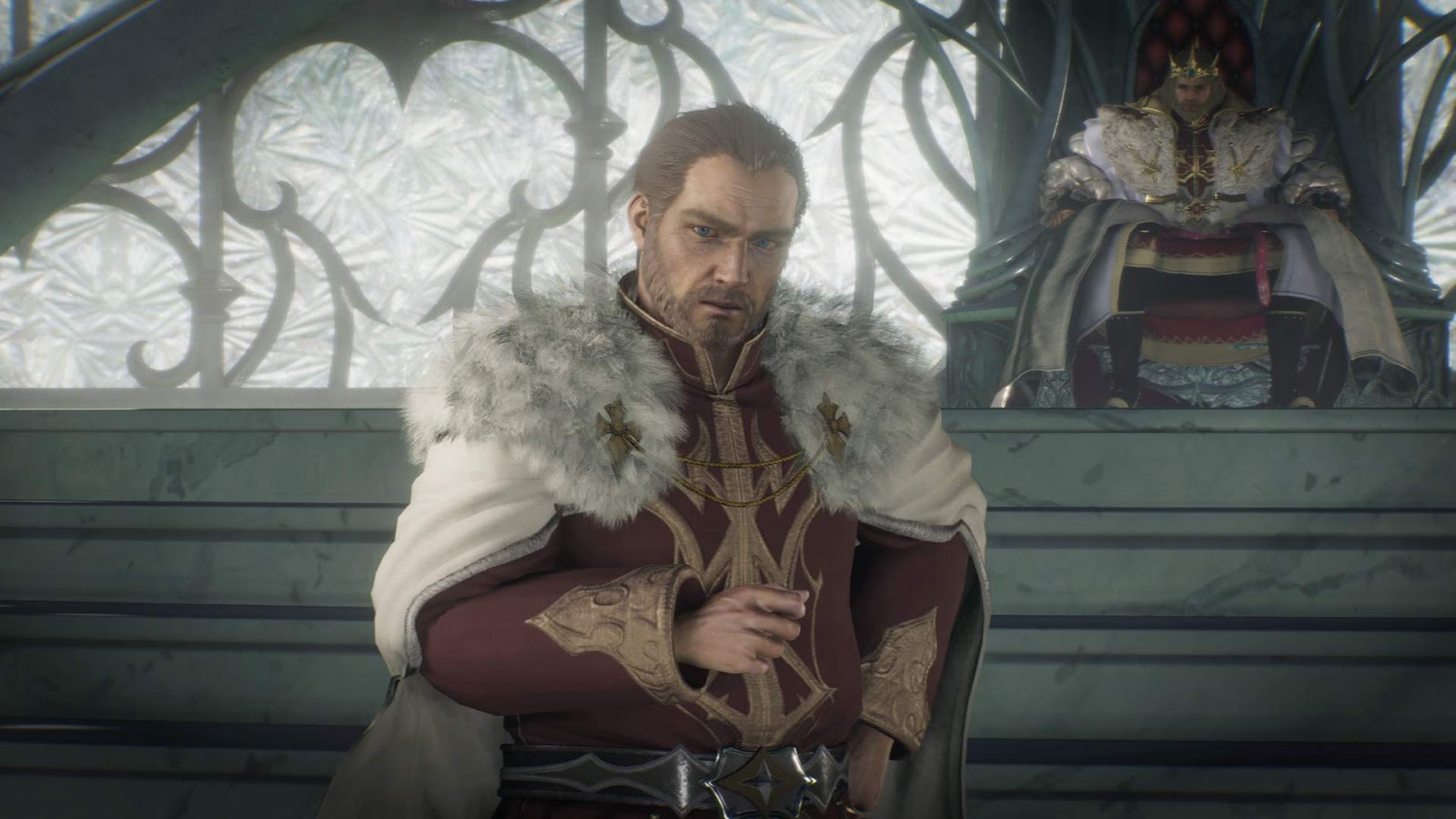 A shrewd man who tirelessly seeks someone who matches the prophecies of Lukahn. He decides to record the journeys of Jack and his comrades for posterity.

This next set of screenshots focus on combat and one of its key features – the break gauge. This appears as a yellow bar above enemies and wearing it down should be a priority in combat. 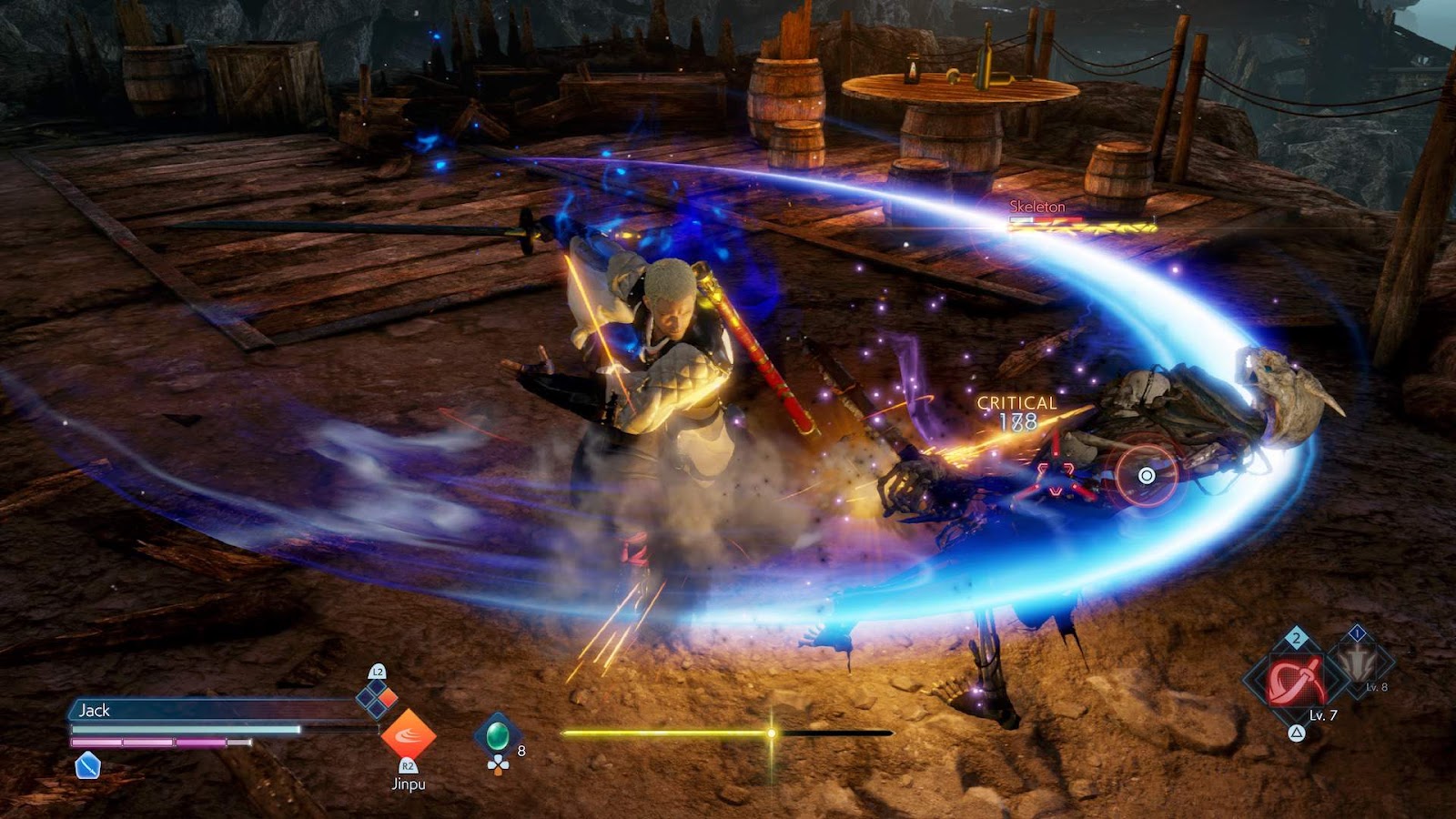 Combos and abilities will reduce the enemy’s break gauge, shown as a yellow bar above an enemy. Once the gauge is depleted, you can unleash a powerful Soul Burst to crystallize them and take them out in a single blow! 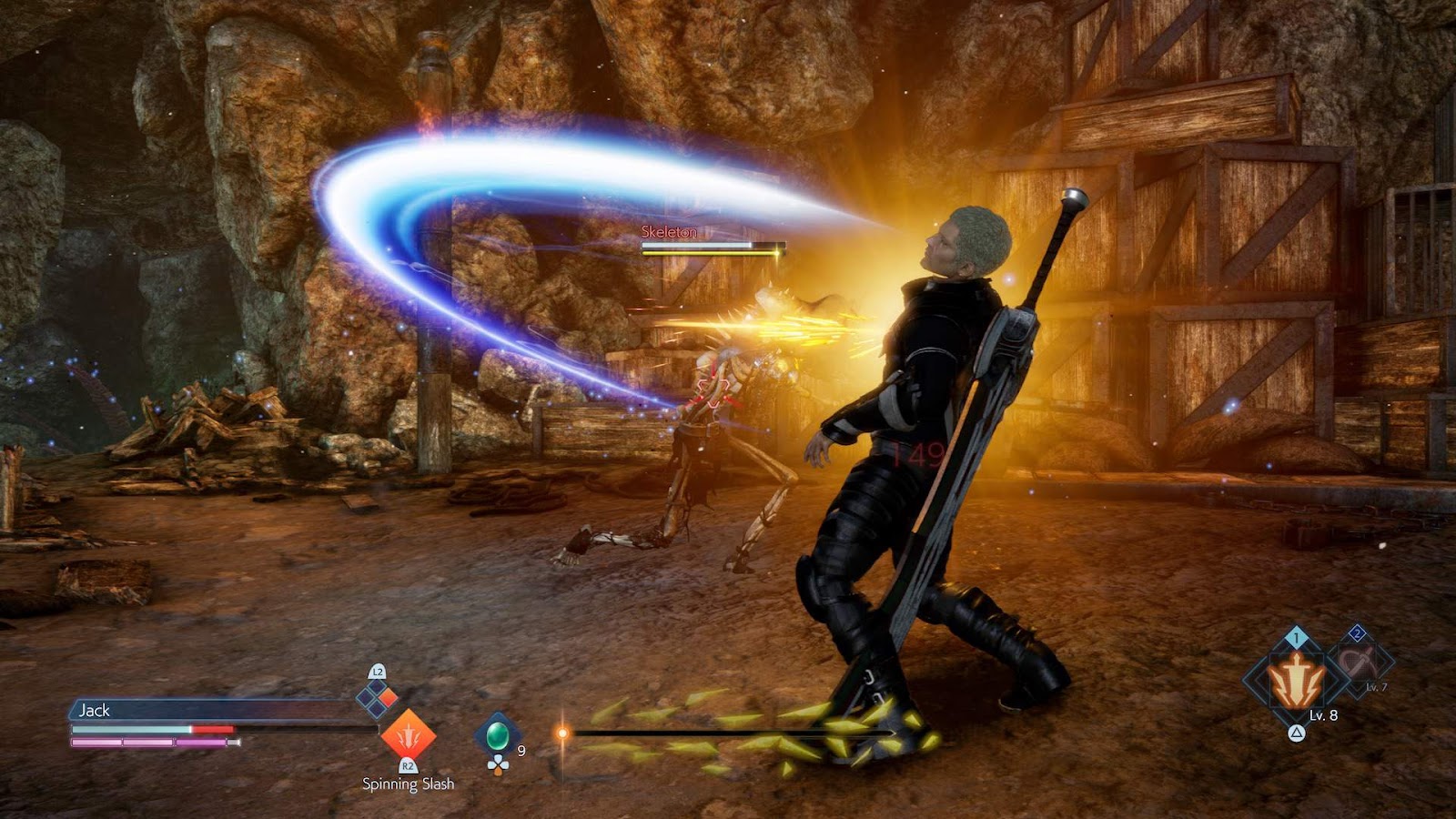 It’s not just enemies that have a break gauge – Jack does too, shown above in the bottom-center of the screen.

Jack’s break gauge depletes when he guards against attacks or uses Soul Shield. The gauge will recover over time, but Jack will be staggered if it ever reaches zero. So be careful! 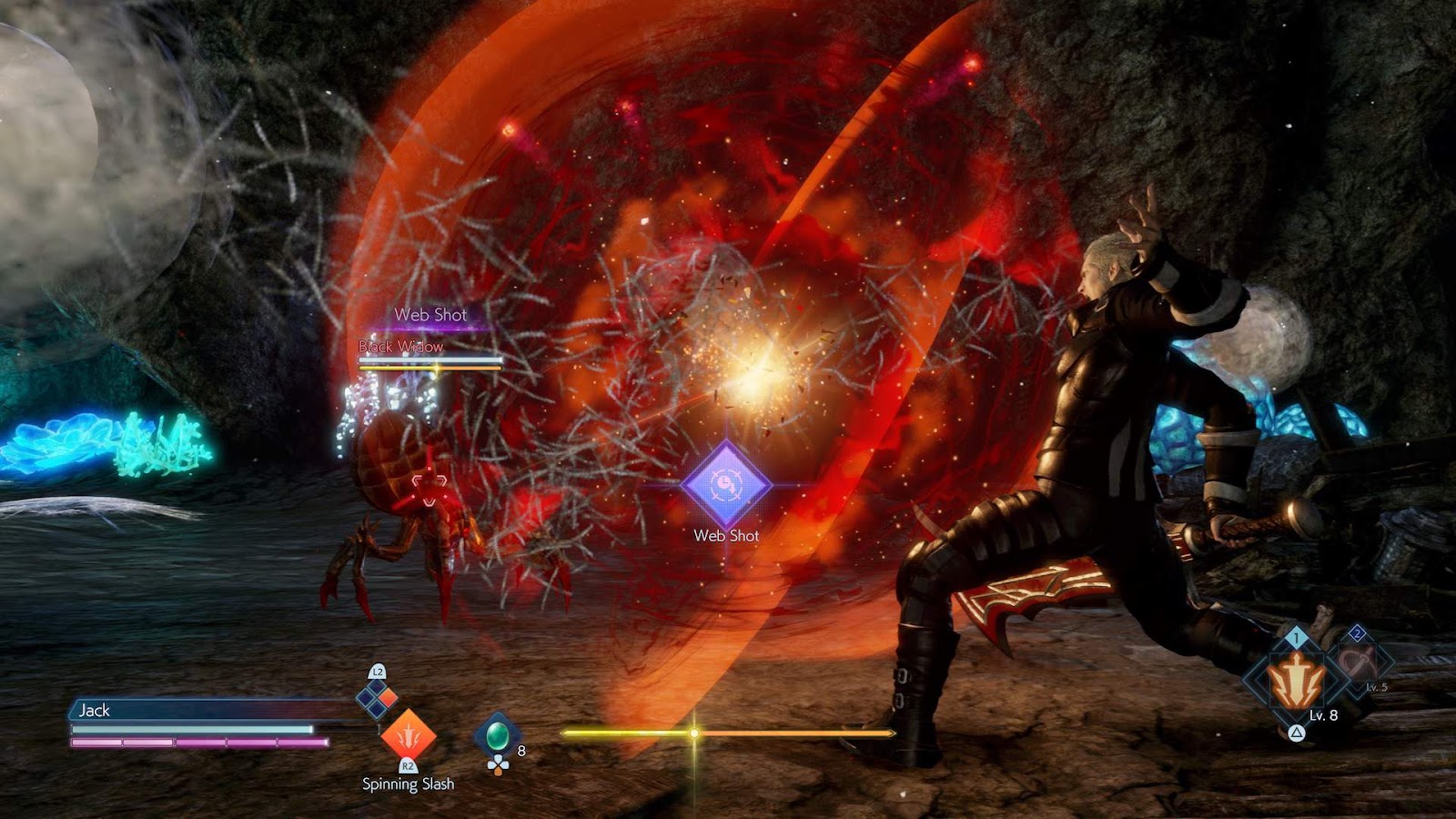 What is the Soul Shield, you may be wondering? If you use the Soul Shield to block an ability with a purple name, you can capture and store the enemy’s attack to use as an instant ability back at them! 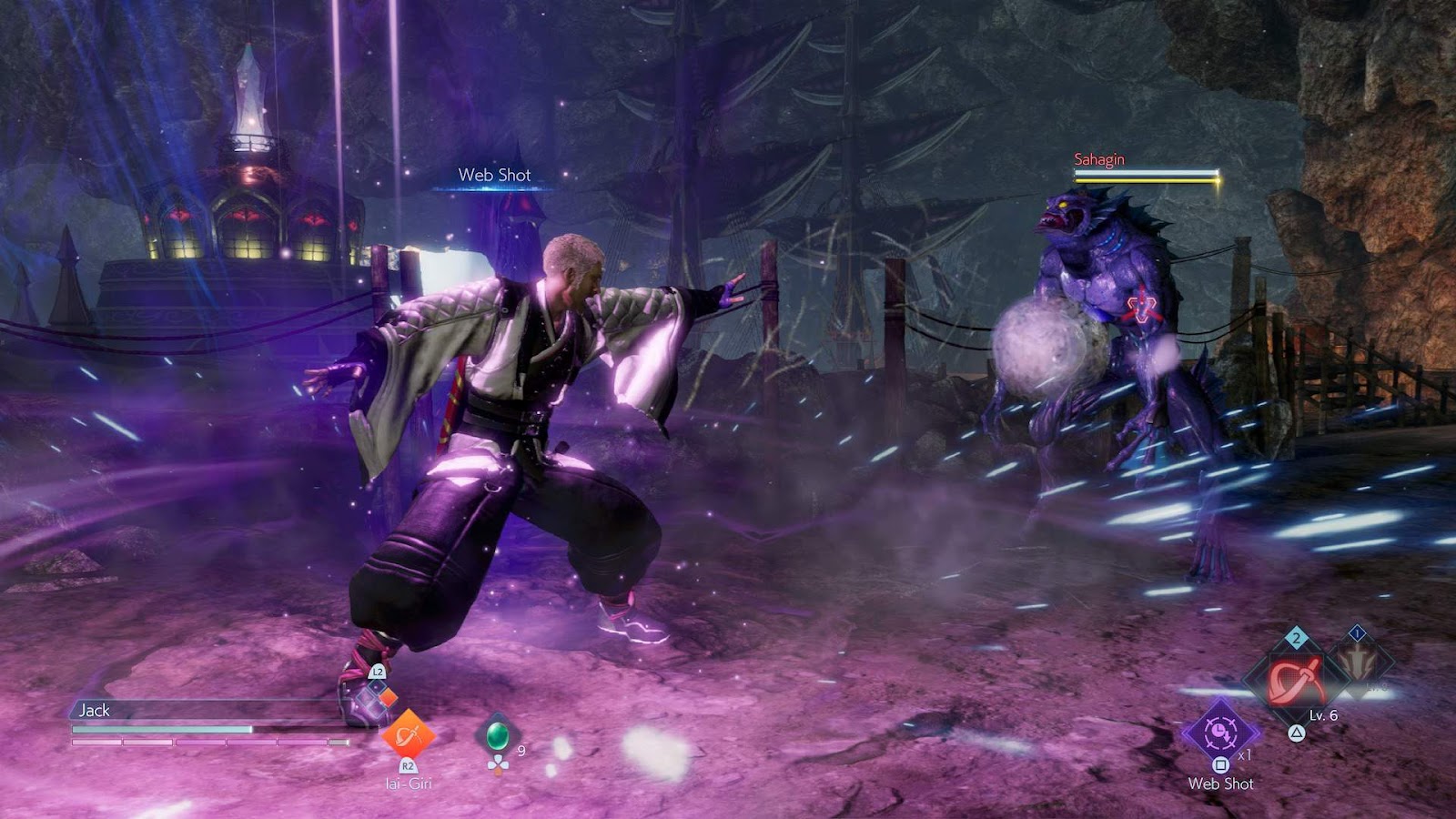 If you use Soul Shield, you may discover all kinds of interesting and unexpected strategies for battle. Here’s an example: if you capture the Fire ability from a Bomb and cast it back at it three times, it’ll self-destruct. It’s always satisfying when an enemy is hoisted by its own petard! 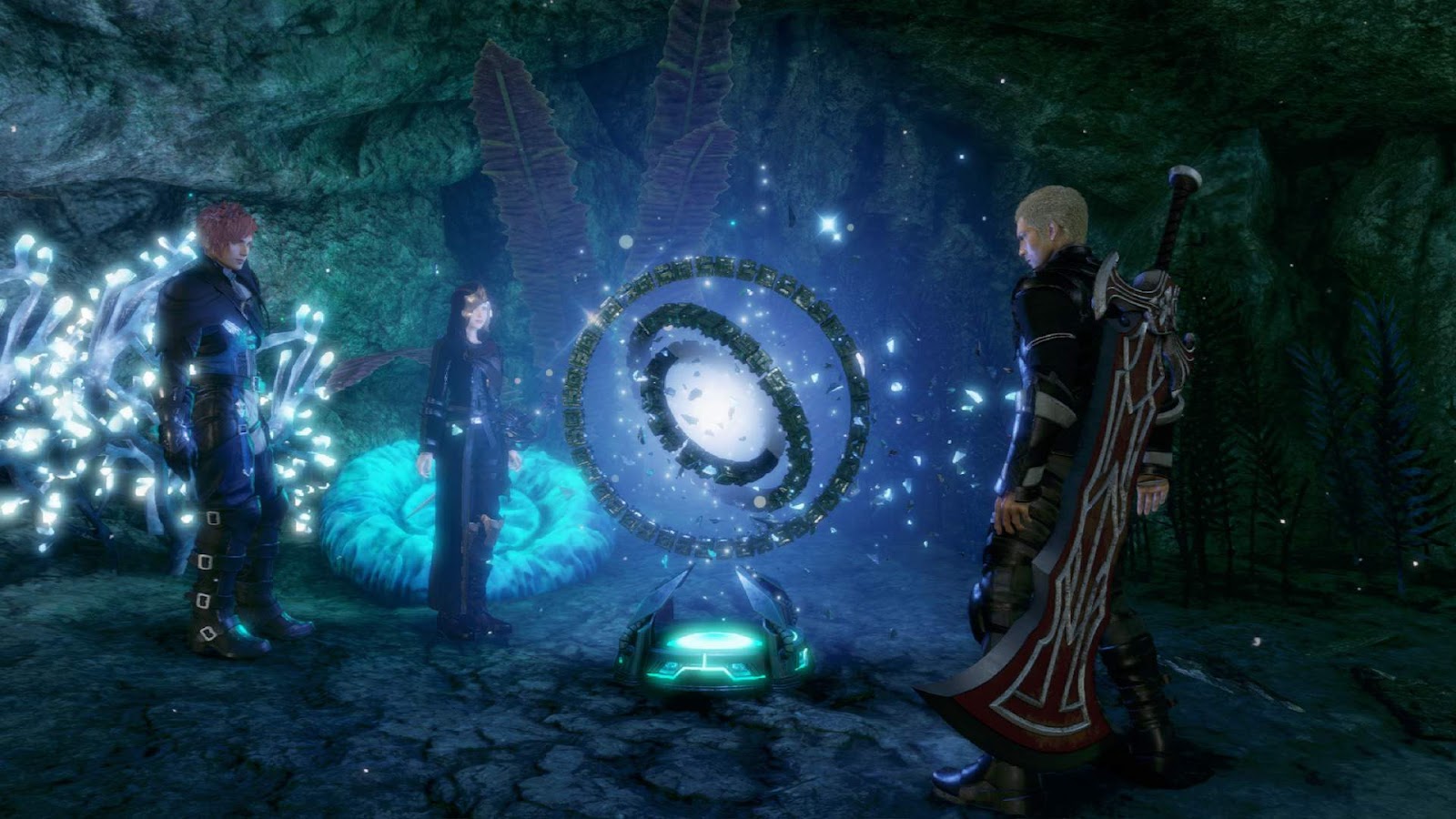 The quest to lift the darkness is not an easy one – the world of FINAL FANTASY ORIGIN is full of dangers that can leave Jack bloodied and bruised. That’s what makes these cubes such a welcome site – touching one will heal your HP and MP and restock your potions.

Be careful, though! Using a cube will also resurrect all the monsters in a dungeon. At least if you’re wiped out, you’ll start at the last cube you touched.

Hopefully you enjoyed this latest look at STRANGER OF PARADISE FINAL FANTASY ORIGIN. The game will release for PS5, PS4, Xbox Series X|S, Xbox One and PC via Epic Games Store on March 18, 2022.

The game’s available to preorder now. Anyone who pre-orders the Digital Standard and Digital Deluxe Editions of STRANGER OF PARADISE FINAL FANTASY ORIGIN will receive 72-hour early access to the full game (24-hour early access for PC version), as well as the Braveheart weapon and Lustrous Shield, and early-purchase bonus: the Rebellion weapon!

We’ll have much more to share on the game as we get nearer to release, so make sure you follow the team on social media to get the news first!

Stay tuned to Gaming Trend for more info on Stranger of Paradise Final Fantasy Origin and for all your gaming, tech, and entertainment news!