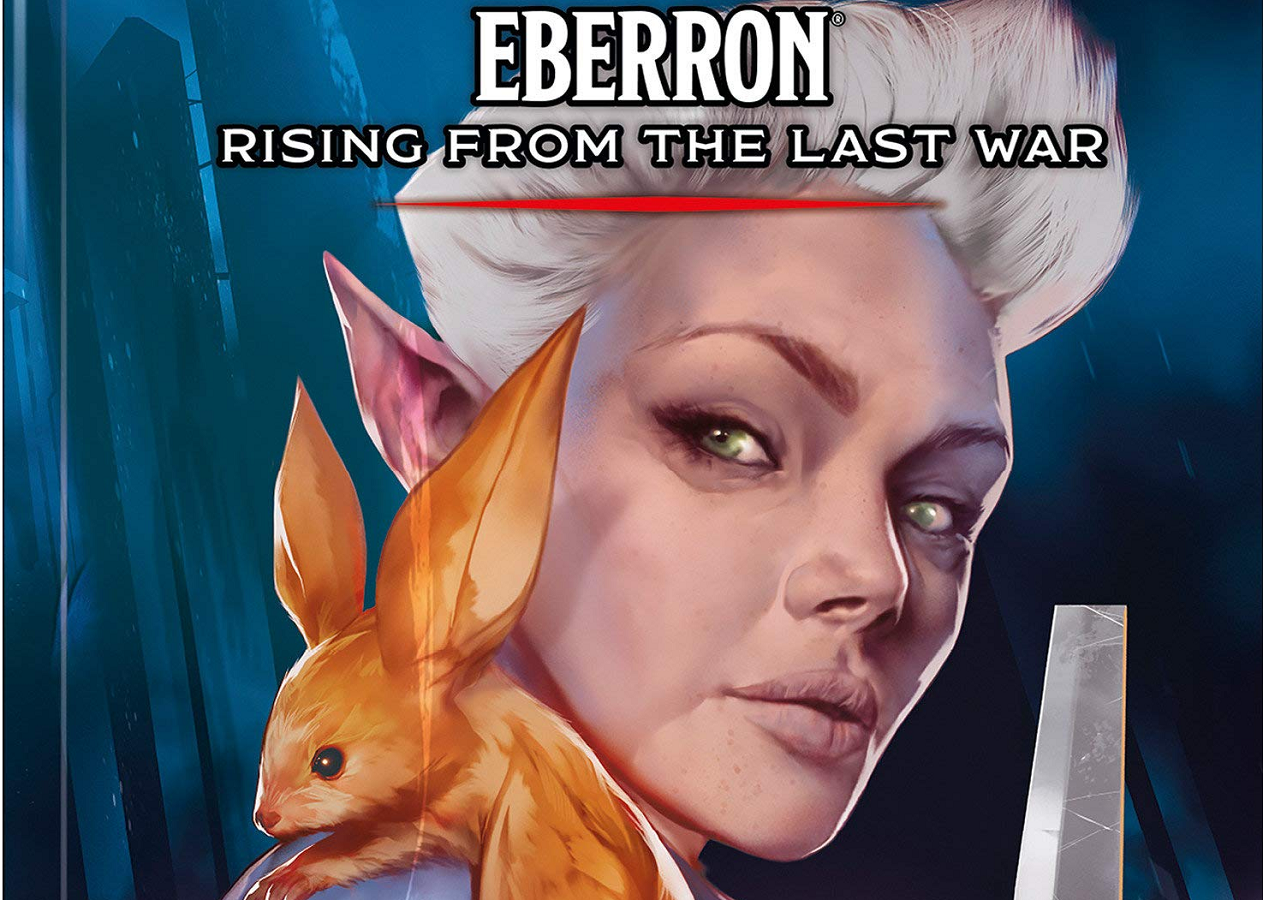 Wizards of the Coast announced the latest campaign sourcebook for Dungeons & Dragons, this time focusing on the war-torn continent of Khorvaire in the 320-page book, Eberron: Rising from the Last War. The book also offers exciting features including the new artificer class.

Whether aboard an airship or a train car, embark on thrilling adventures shrouded in intrigue! Discover secrets buried by years of devastating war, in which magic-fueled weapons threatened an entire continent.

In the post-war world, magic pervades everyday life, and people of all sorts flock to Sharn, a city of wonders where skyscrapers pierce the clouds. Will you find your fortune on mean city streets or scouring the secrets of haunted battlefields? Will you throw in your lot with the mighty dragonmarked houses, ruthless families who control whole nations? Will you seek truth as a newspaper reporter, a university researcher, or a government spy? Or will you forge a destiny that defies the scars of war?

This book provides tools that both players and Dungeon Masters need to explore the world of Eberron, including the artificer character class—a master of magical invention—and monsters birthed by ancient warmongering forces. Will Eberron enter a prosperous new age or will the shadow of war descend once again?

The new sourcebook will contain a comprehensive guide to Eberron, a war-torn world armored with magic-fueld technology, Sharn, a city of skyscrapers, airships and noirish intrigue, a campaign for characters venturing into the Mournland, the first class to be released for 5th edition D&D since the Player’s Handbook called the artificer, and 16 new race/subrace options.

Eberron: Rising from the Last War will be released on November 19th, 2019 for $49.95. For more information, visit the official website.