The Addams Family: Mansion Mayhem was just released for consoles, Stadia, and PC. This new four player co-op game allows players to explore the world created for the the recent The Addams Family movie and the upcoming The Addams Family 2 while participating in chaotic co-op action. You can check out the release trailer above, as well as details and screenshots below:

London, September 24, 2021 – Metro Goldwyn Mayer (MGM), a leading entertainment company, and Outright Games, the leading worldwide publisher of family-friendly interactive entertainment, working with developer studio PHL Collective, are ghoulishly excited to have today launched the very first console game for the CGI version of ‘The Addams Family,’ ‘The Addams Family: Mansion Mayhem’. Based on the new animated feature films ‘The Addams Family’ and its upcoming sequel ‘The Addams Family 2’ coming this October/November (Germany/Austria), the game is available now for Nintendo Switch™, Playstation®4, Xbox, Stadia and PC. 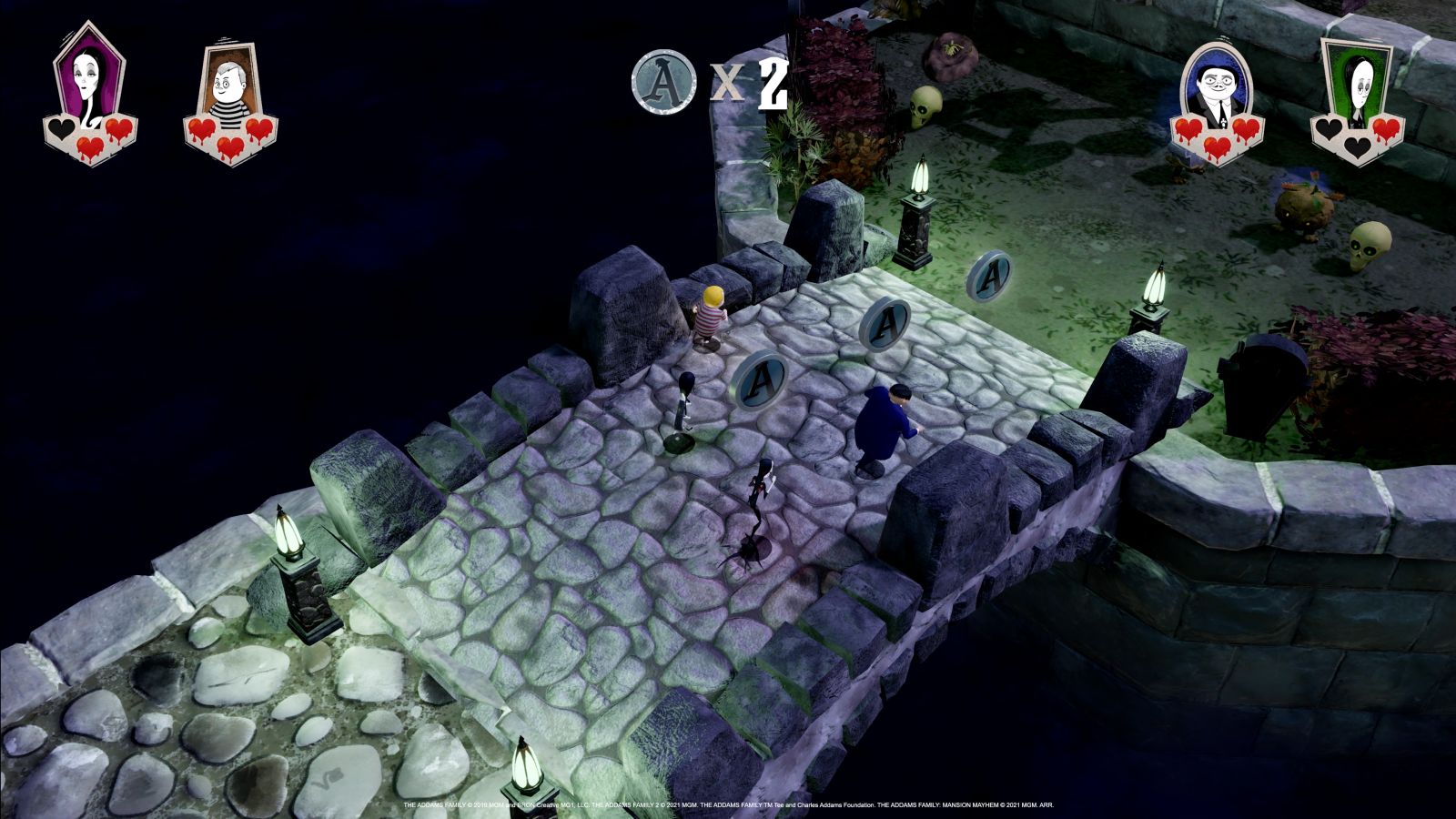 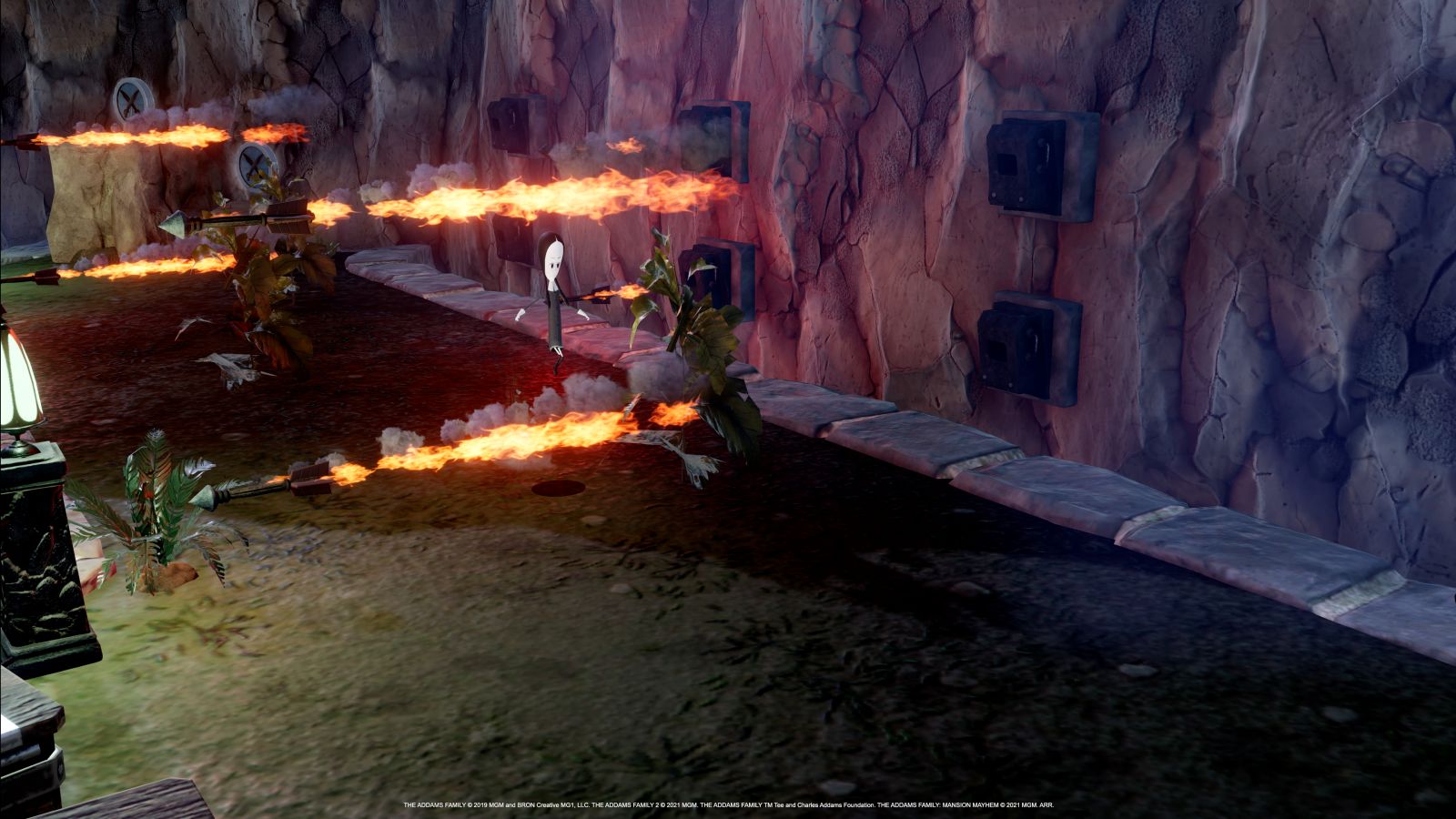 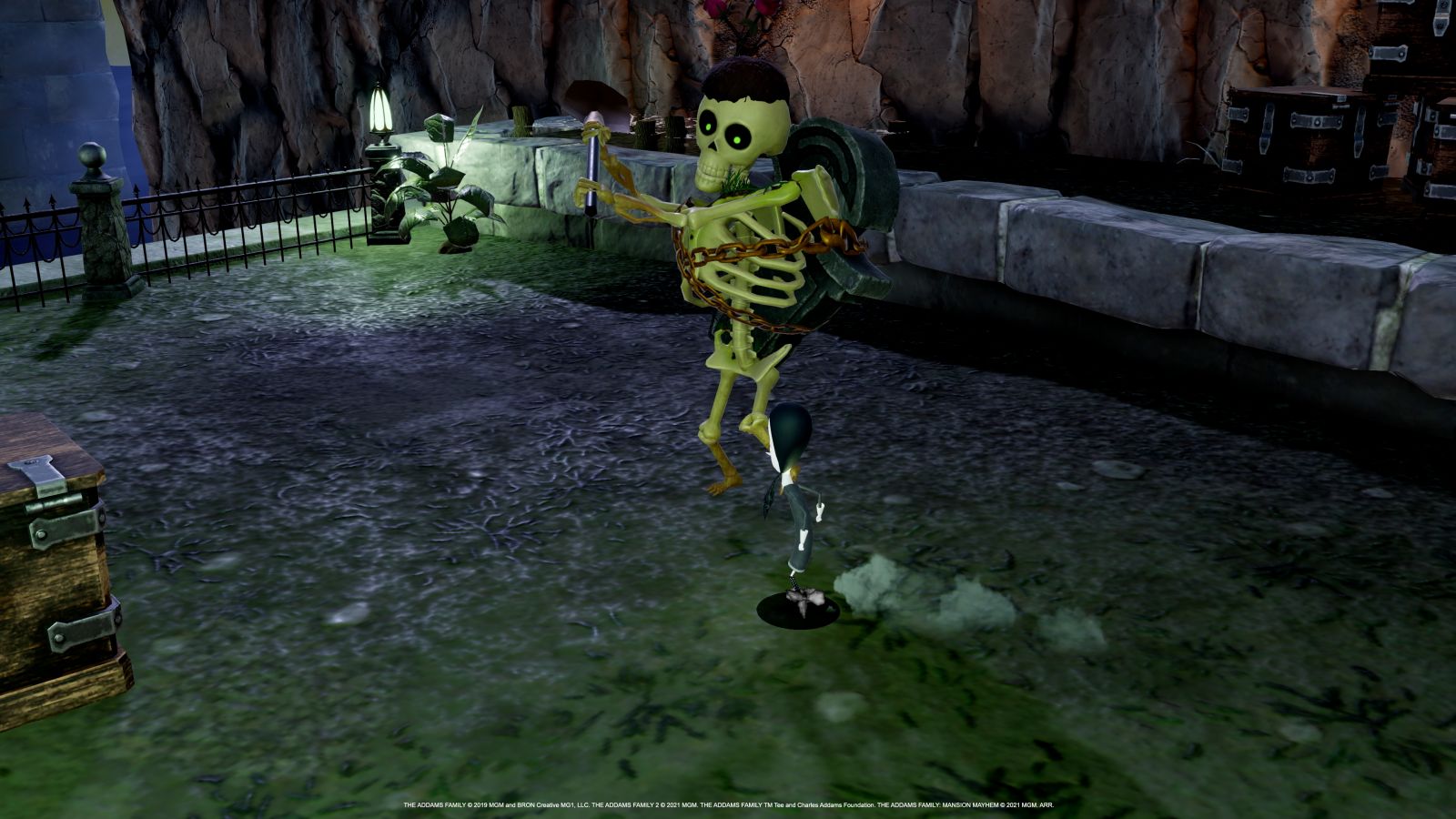 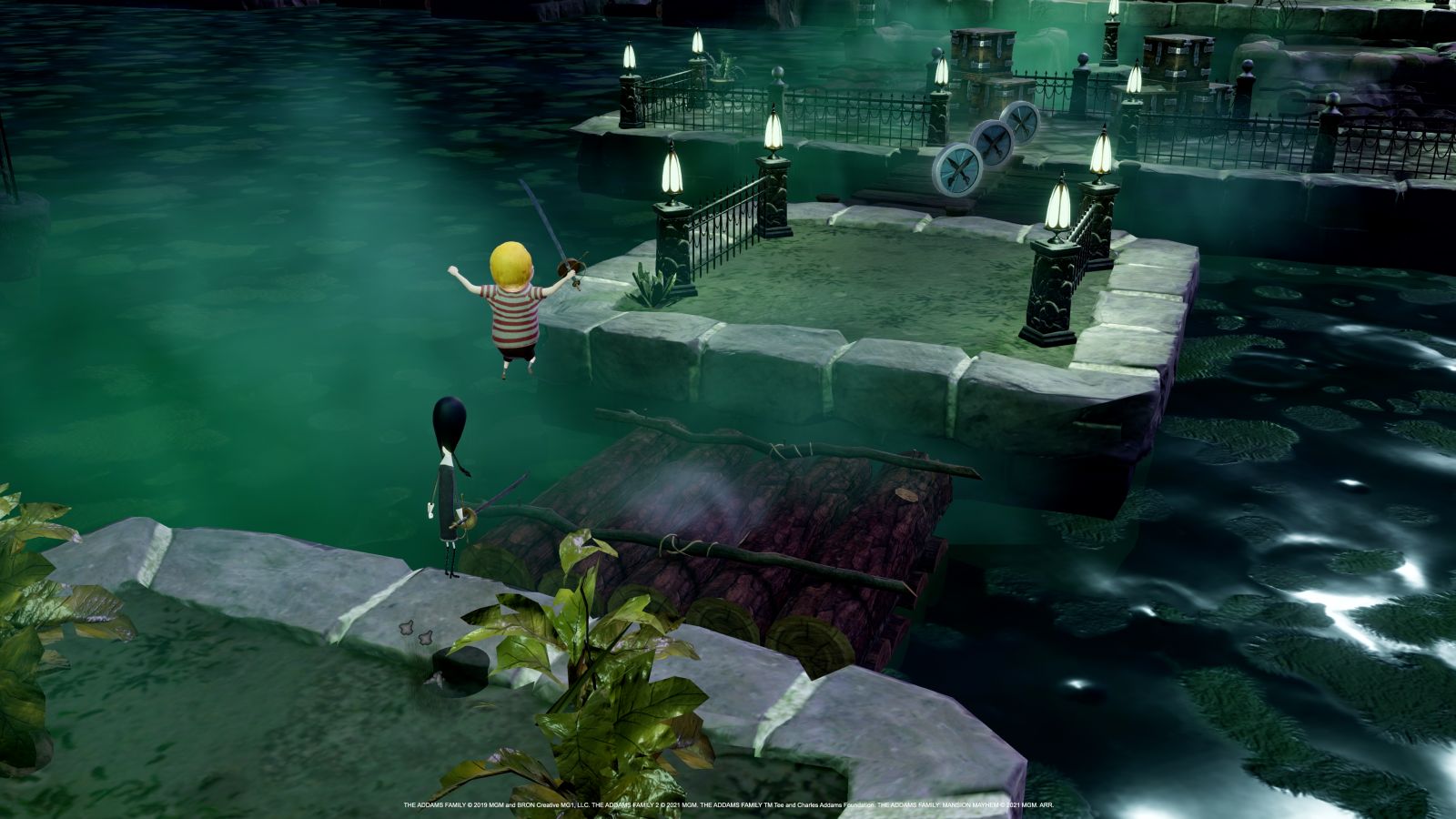 ‘The Addams Family: Mansion Mayhem’ will take players on a scare-iffic adventure that’s fun for the whole family! Help Wednesday, Gomez, Morticia and Pugsley save the beloved Addams mansion in this horrifyingly hilarious 3D adventure with shared screen, up to 4-player local co-op. Players can test out the different character abilities to navigate the four unique spooky locations; Gomez’s ancient family Mazurka Saber is perfect for slicing and gliding, while Morticia’s fashionable and friendly Spider Sling can shoot webs, grapple, swing and pull objects. Pugsley’s hand-crafted bombs are a blast to roll around on and blow things up and Wednesday’s pet octopus Socrates is ready to blast off and hover using a powerful ink spray. Get ready for family game night to get terrifyingly exciting!

“It’s been a terrific experience bringing the Addams Family Mansion and the world’s spookiest family into an all-new 3D platform adventure game,” said Terry Malham, CEO of Outright Games. “With 4-player co-op and graphics faithful to the new animated movie franchise, there is something for fans of all ages to enjoy as they discover the mansion’s secrets together.”

“The Addams Family: Mansion Mayhem’ marks the first time ever that we are bringing the CGI version of The Addams Family to gaming console, and is an opportunity for fans of the previous and upcoming CGI films to connect with their favorite characters beyond the movies,” said Robert Marick, Executive Vice President, MGM Global Consumer Products and Experiences. “We are looking forward to seeing fans’ reactions to the brand release from Outright Games.” 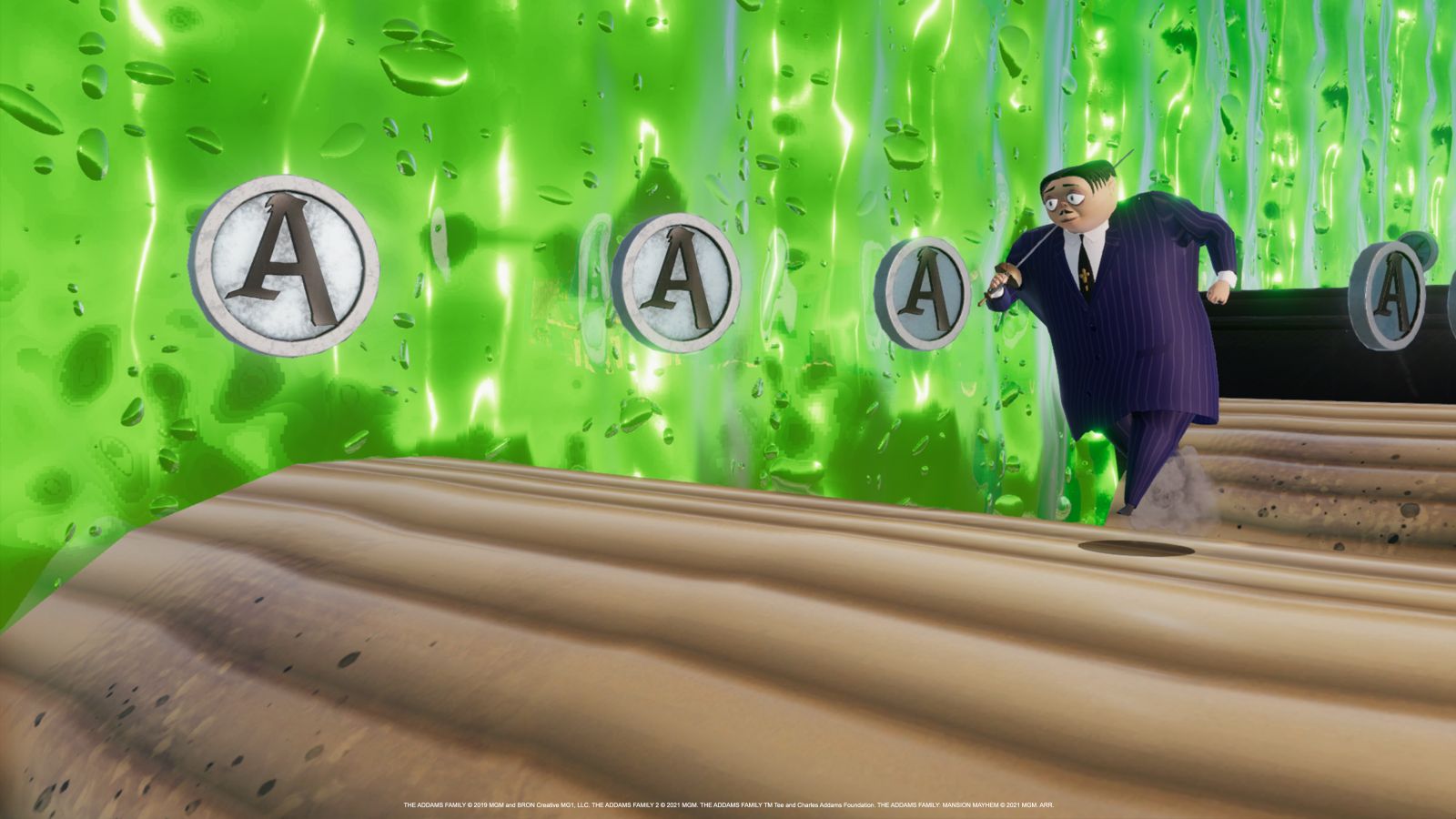 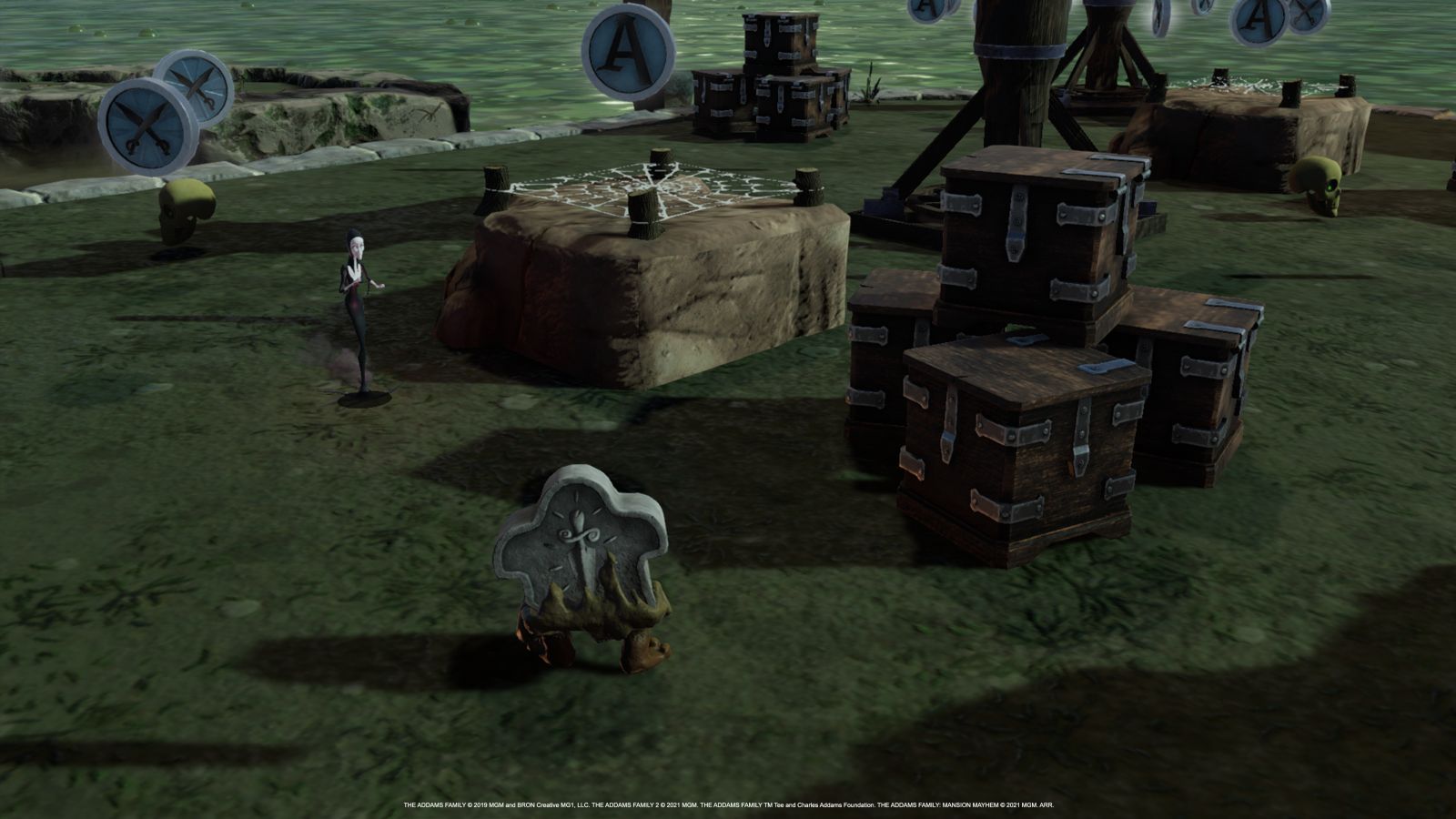 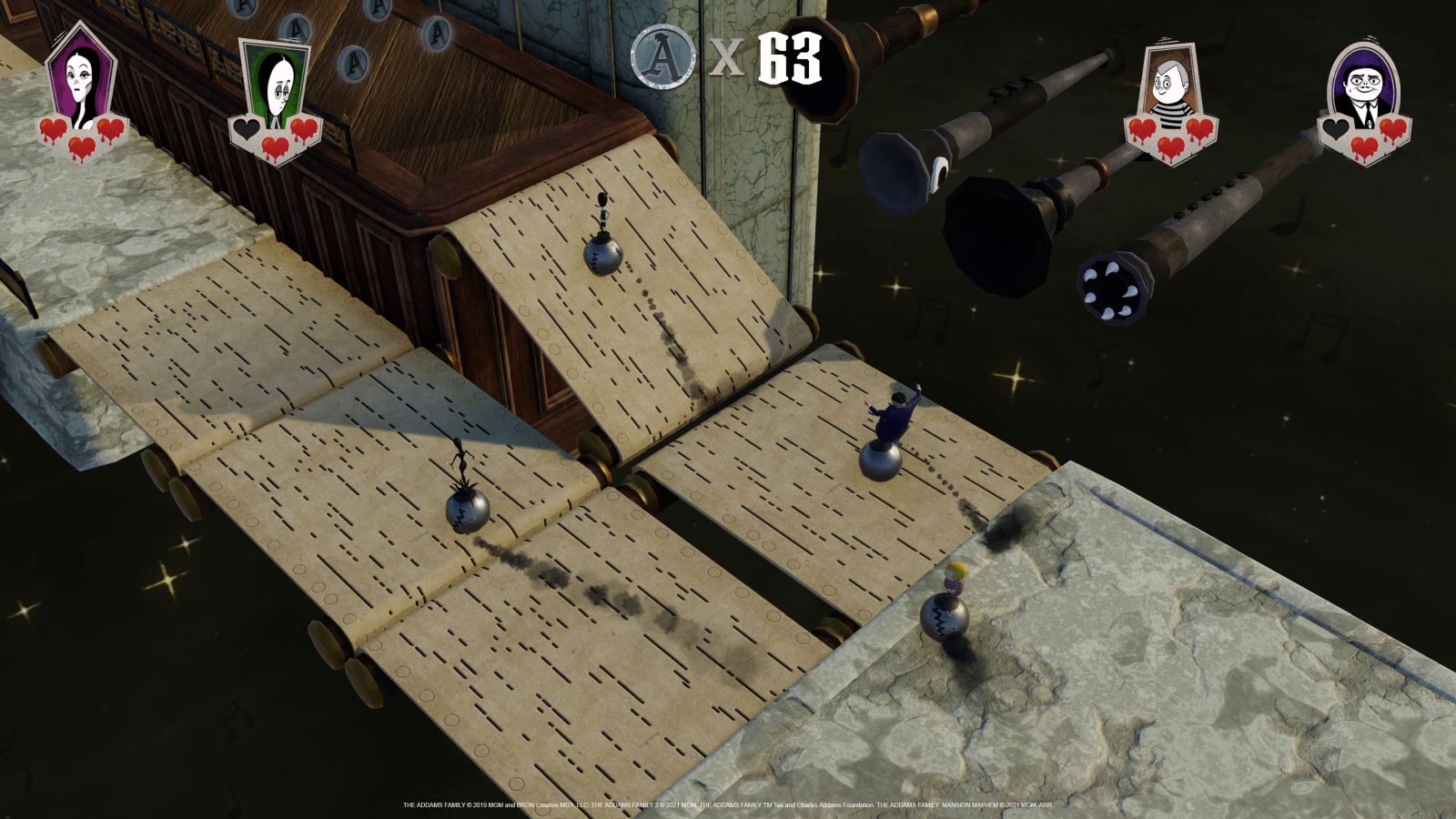 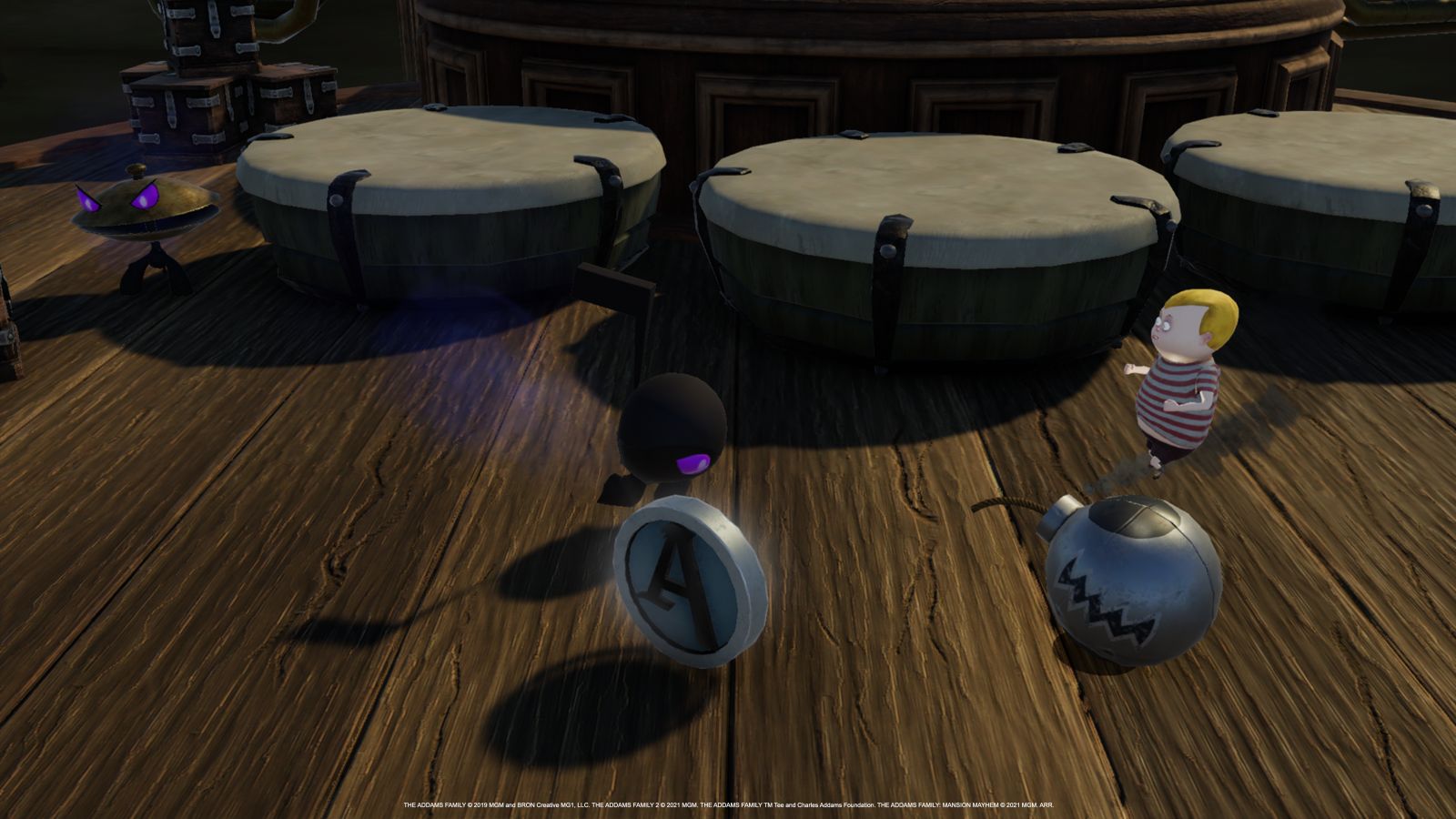 Debuting in 1938 as a comic strip, the franchises timeless appeal has gone on to inspire TV series, movies, comics, toys and collectables over its 80+ years of frightful popularity, with fans new and old relating to the macabre set of characters that make up the multigenerational family. In 2019, the family returned to terrorise a whole new generation in the animated ‘The Addams Family‘, which featured a star-studded cast and achieved tremendous box office success, earning more than $200M worldwide. Wednesday and co will return this October in the hotly anticipated animated sequel ‘The Addams Family 2‘

The Addams Family: Mansion Mayhem is available now digitally and at retail for Nintendo Switch, Playstation, Xbox, Stadia and PC.

Stay tuned to Gaming Trend for more info on The Addams Family: Mansion Mayhem and for all your gaming, tech, and entertainment news!