Game Power 7 recently announced that it has released its multiplayer mobile racing game NitroZ on iOS and Android devices today. The game will allow players to race others on the go with a charming anime aesthetic as well as customize their cars.

NitroZ offers its players many options and features. They can choose an avatar, as well as a racing car model among a wide collection of cars and characters classified into four levels.

The game also includes a great number of maps, divided into three levels, so the player chooses their favorite map and starts the competition. Races within the game can be played in group or individually, and they can also be played in two modes. Winning in the first mode demands using a bunch of tools in order to delay their opponents. While winning the second mode depends on speed and number of drifts made by the player. 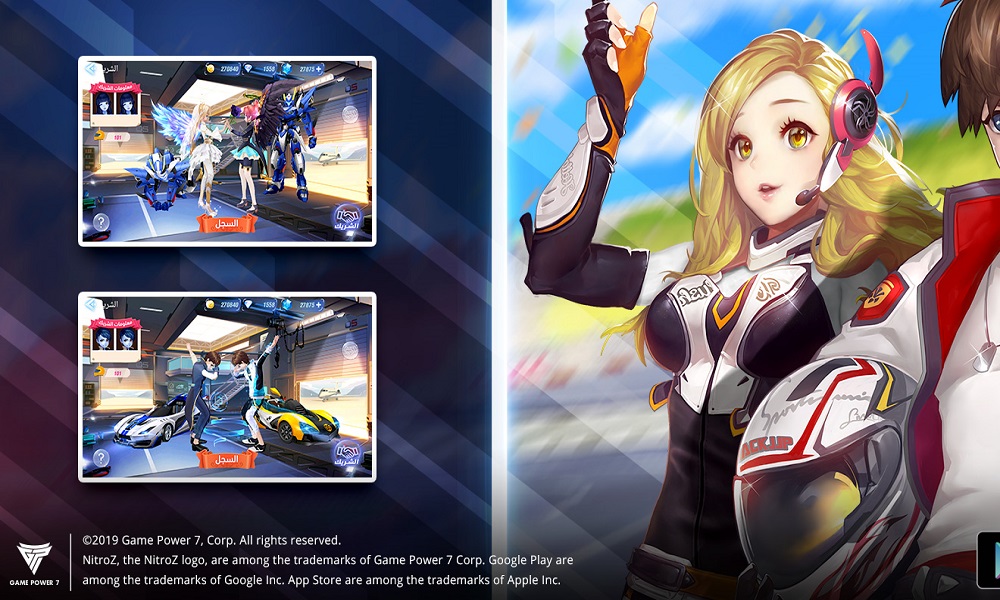 NitroZ gives the players the choice to enter a team race by submitting a join request to an existing group, or by forming a new team of players and get gifts and prizes for all team members. And for the binary gaming lovers, the possibility to choose a certain player and establish a partnership with them is available.