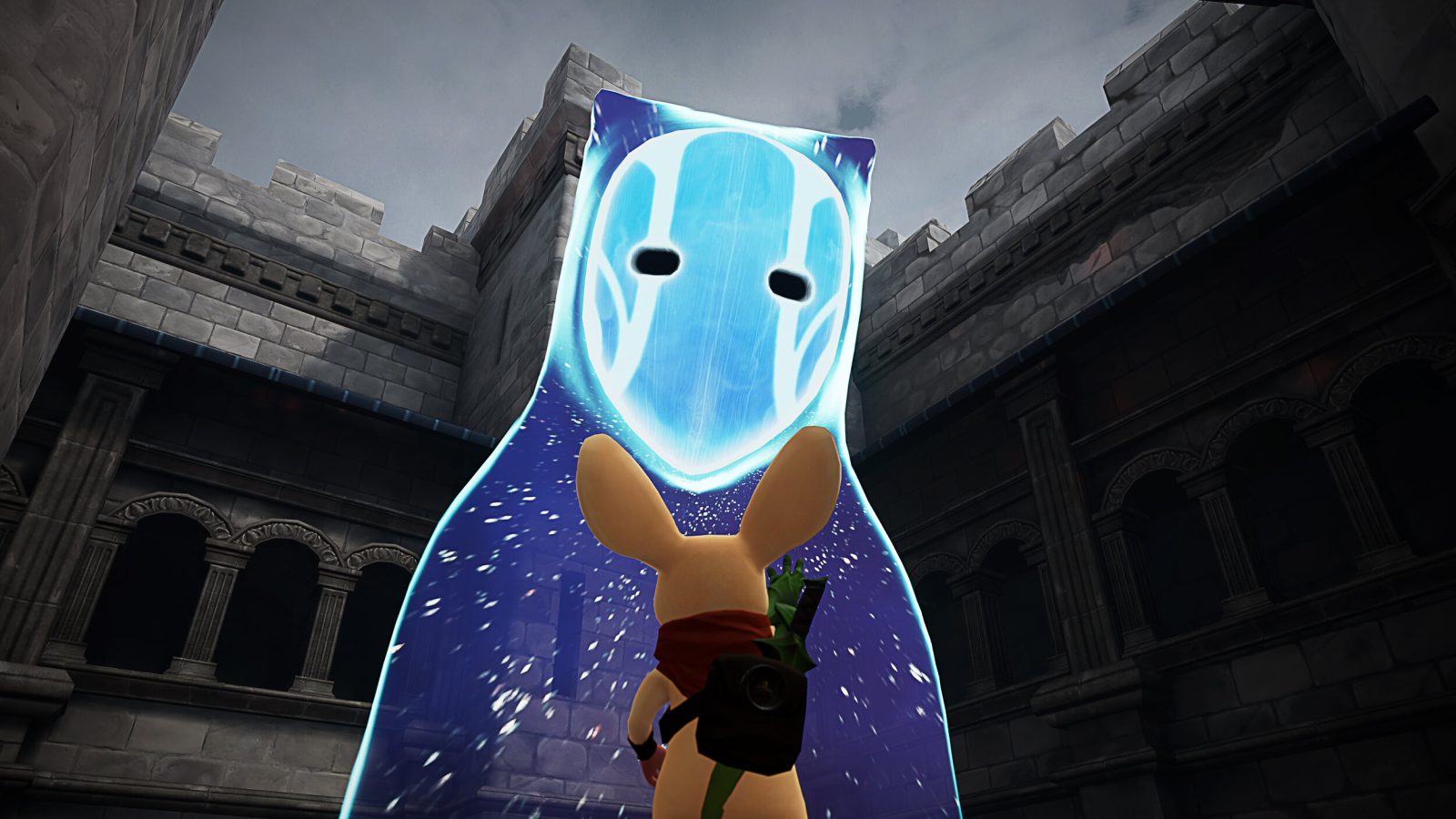 You may have never heard of Moss before, but rest assured it’s a fantastic game. If you don’t believe me, check out our reviews for the first and second ones. That’s not the point of this news piece though, with the release of Moss: Book II on Steam the exciting tidbit. It’s awesome news, because now you’re not limited to the Meta Quest 2 or PSVR to play this amazing game. Check out all the fun-sized news below, and go to Steam to purchase Moss: Book II, NOW!

SEATTLE – October 20, 2022 – Today Polyarc announced that players with PC-tethered VR headsets can now continue Quill’s adventure in Moss: Book II via Steam, $29.99. Greeted by critical acclaim when released on PlayStation VR and Meta Quest 2 earlier this year, Moss: Book II is being hailed as a top contender for VR Game of the Year and has secured a spot on multiple essential and must-play lists. Along with today’s Steam announcement, Polyarc is also putting the Moss: Book II Official Soundtrack (OST) forward for consideration for the new Grammy category “Best Score Soundtrack for Video Games and Other Interactive Media.”

“The Moss franchise has quickly become a ‘must-play’ for all VR users with its unique take on first-person/co-op game play, absolutely stunning environments, storytelling, and characters as rich as real life,” said Doug Burton, lead designer, Polyarc. “Players have been asking for Steam support since we launched Book II, and now we’re able to bring them the experience they’ve been patiently waiting for on their preferred headsets. And we can’t wait to hear what they think.”

While Book II picks up right where the story in Moss left off, Polyarc doubles down on what made the original Moss stand out, with a well-balanced mix of gameplay and emotional storytelling that leads players through triumph and heartbreak alike. Book II delves further into the history, scenery, and characters of Moss, while giving players more ways to interact, more tools to play with, and even more of the world to explore. The Steam release lets Index, Meta Rift, Meta Quest and Meta Quest 2 (with Quest Link), and HTC Vive users enjoy the title players have been raving about since its first release earlier this year. The original platinum-selling Moss can be picked up for $19.99 across all platforms.

“The original Moss holds a very special place in my heart and Moss: Book II is an extremely personal score,” said Graves. “Adding new instruments to the ensemble, I put together a small ‘pub band’ of soloists to underscore Quill’s heroism and heartbreak, and even acquired a beautiful baby grand piano that acts as the heart and soul of the score, performing most cues live on the piano, then adding other instruments to flesh out the themes. I hope this soundtrack takes players back to the magical world of Moss with every listening.”

The soundtrack consists of 17 in-game tracks for more than 140 minutes of music. The first three tracks — “When One Door Shuts,” “The Starthing’s Way,” and “The Winter Glass” — can be sampled on Bandcamp now. For soundtrack collectors and fans of physical versions, pre-order is now available for a limited run of premium CD and vinyl albums at Materia Collective and Bandcamp.

Stay tuned to Gaming Trend for more news and info!