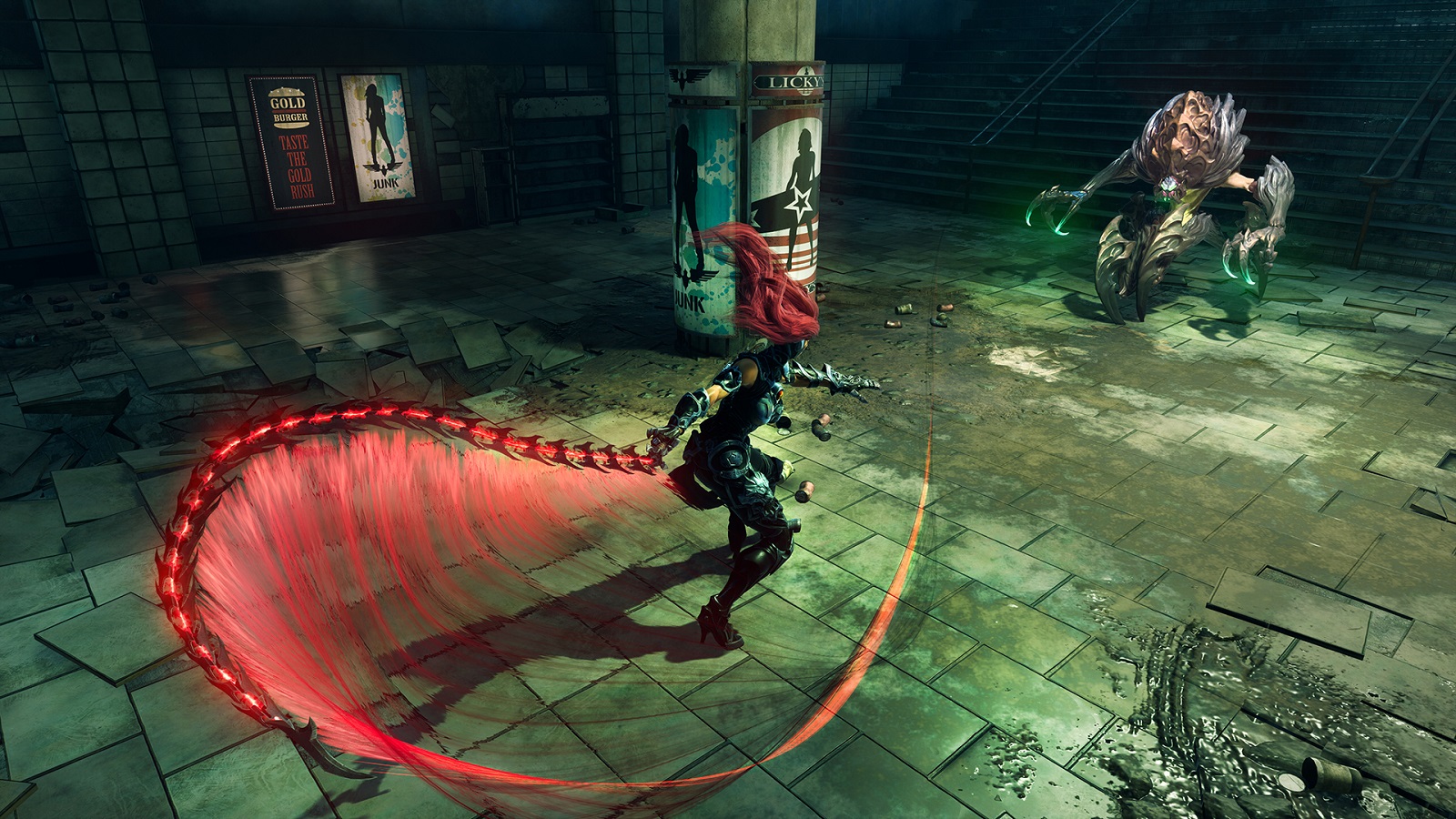 Today, THQ Nordic and Gunfire Games announced that it will release two all-new DLC packs after the November 27 release of Darksiders III, which will be released on PlayStation 4, Xbox One, and PC. The Entitled The Crucible and Keepers of the Void, these two packs will include new playable areas and enemies to slay.

Fury’s presence has been requested by a strange entity wishing to test her skills in battle.  Never one to back down from a challenge, Fury accepts the invitation and gains access to a location known only as the Crucible.  Here Fury will fight wave after wave of enemies, competing for a chance to unlock new rewards and items.

Keepers of the Void

On a quest from Vulgrim, Fury must travel into the Serpent Holes to remove an ancient threat that resides there.  The Serpent Holes are riddled with new puzzles and enemies eager to test Fury’s abilities. If Fury prevails, she will unlock all new weapon from the Hollows, as well as the biggest prize of them all: The Abyssal Armor.

Players return to an apocalyptic planet Earth in Darksiders III, a hack-n-slash action-adventure where players take on the role of FURY in her quest to hunt down and dispose of the Seven Deadly Sins. The Charred Council calls upon FURY to battle from the heights of heaven down through the depths of hell in a quest to restore the balance between good and evil and prove that she is the fiercest of the FOUR HORSEMEN. FURY is a mage, her form evolving throughout gameplay and with it, her powers and weaponry. The expansive Darksiders III game world is presented as an open-ended, living, free-form planet Earth, dilapidated by war and decay, and overrun by nature. FURY will traverse back and forth between environments, battling other-worldly creatures and unlocking puzzles while advancing the Darksiders story.