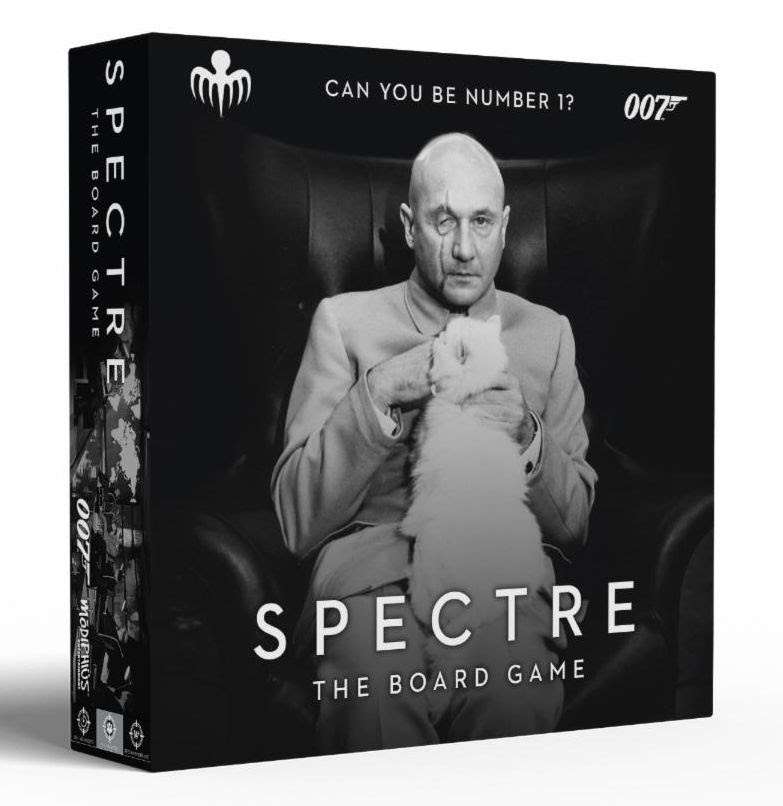 Everybody has fantasized about being 007, but what about being his nemesis? In SPECTRE, you get to do just that. Rather than playing as the good guy, this tabletop game allows you to compete against other villains to become Number 1 of the Special Executive for Counter-intelligence, Terrorism, Revenge, and Extortion (otherwise known as SPECTRE), all while ruining 007’s attempts at stopping you.

Today, Modiphius Entertainment invites aspiring villains to compete to become Number 1 of the Special Executive for Counter-intelligence, Terrorism, Revenge, and Extortion (otherwise known as SPECTRE) in the upcoming board game of the same name. Prevent 007 from foiling your plans as you battle for control of Intel, Secret Plans, and, of course, gold.

In SPECTRE: The Board Game, which launches Spring 2022, players take on the role of one of the many iconic villains from the James Bond film franchise, competing with each other to become SPECTRE’s Number One.

Are you simply in the game to acquire gold bullion, or are your aspirations more philosophical, safe in the knowledge that the world would be better off with you running it? Each villain has their own plot inspired by films such as Dr. No (1962) and Diamonds Are Forever (1971), driving them along the path to becoming SPECTRE’s Number One. No matter how hard you try, 007 is always there, waiting to disrupt your plans and reveal your secrets.

SPECTRE: The Board Game features iconic weapons, locations, and characters from the James Bond films. Players will be able to assemble devices, spy on their opponents, blackmail their rivals in order to build their own criminal empire, and strategically deploy their agents around the globe to infiltrate key installations. Players will need to work behind the scenes to develop their nefarious plots and become 007’s biggest threat!

Designed by Kaedama, a team of award-winning French game designers consisting of Antoine Bauza, Corentin Lebrat, Ludovic Maublanc, Théo Rivière and the Modiphius design team consisting of Stefano Guerriero, Javier Angeriz-Caburrasi and Juan Echernique, SPECTRE: The Board Game is designed for 2-4 players, ages 10 and above.

“The James Bond film franchise is beyond iconic,” said Chris Birch, co-founder at Modiphius Entertainment. “While most fans put themselves in the role of the hero, this game puts players in the shoes of Bond villains instead. If you haven’t met the villainous Ernst Stavro Blofeld, Rosa Klebb, and Raoul Silva before, the game will guide you through their exquisite evil expertise and how to employ them against 007.”

So grab your Persian cat, call your favourite henchman as you prepare your newest monologue — it’s time to get down to business and start building that moon base and world-destroying megalaser! 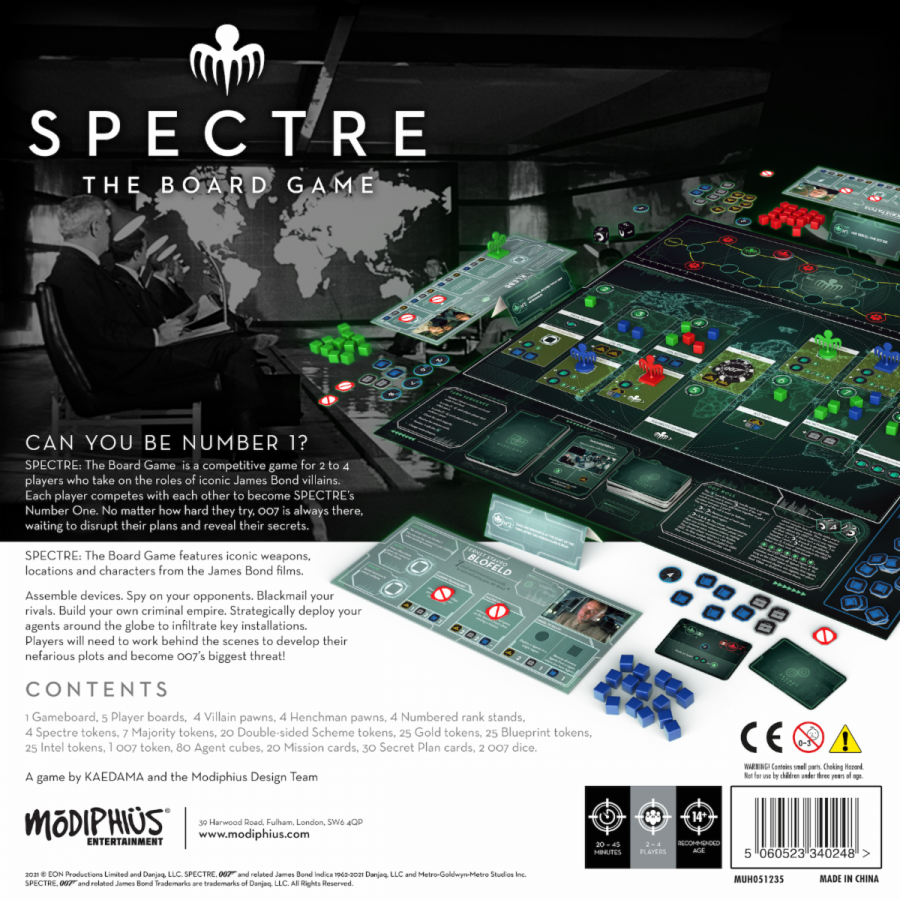 SPECTRE: The Board Game will be coming to retail in Spring 2022!

Stay tuned to Gaming Trend for more information on SPECTRE as it is released!