Recently, Ranida Games and OMG Inc announced that they will release the free-to-download game Fighting Pride: The Manny Pacquiao Saga next year for smartphone devices. The game acts as an adaptation of the eponymous Filipino boxer as players play through historic matches with over 100 stages and online PvP modes.

Boxing fans are in for a knock-out with the upcoming release of FIGHTING PRIDE: The Manny Pacquiao Saga! This 2.5-D beat-‘em-up sports-adventure game features a thrilling, action-packed and addictive adaptation of Manny “Pacman” Pacquiao’s life story, and will be free to download on mobile platforms in early 2021.

Emmanuel “Manny” Pacquiao is the only boxer in history to win eight different weight divisions, with 12 major titles. His life is a phenomenal and inspiring story. Pacquiao has been invited on numerous occasions by prestigious institutions like Oxford University and Cambridge University to discuss his life’s challenges and how he has triumphed over adversity. Sharing with the world the legend of Pacquiao’s rise from poverty to prominence has been the main motivation for Fighting Pride from the start.

In Fighting Pride, players accompany Manny Pacquiao on his life’s journey – from his humble beginnings as a young boy in the streets of his hometown, General Santos, to his boxing peak as a seasoned world champion fighting opponents in arenas around the world. The game will feature Story, Historical, and Online PvP modes and will offer over 100 stages in four chapters at launch. Future updates will be released to offer additional chapters, along with new opponents and environments. 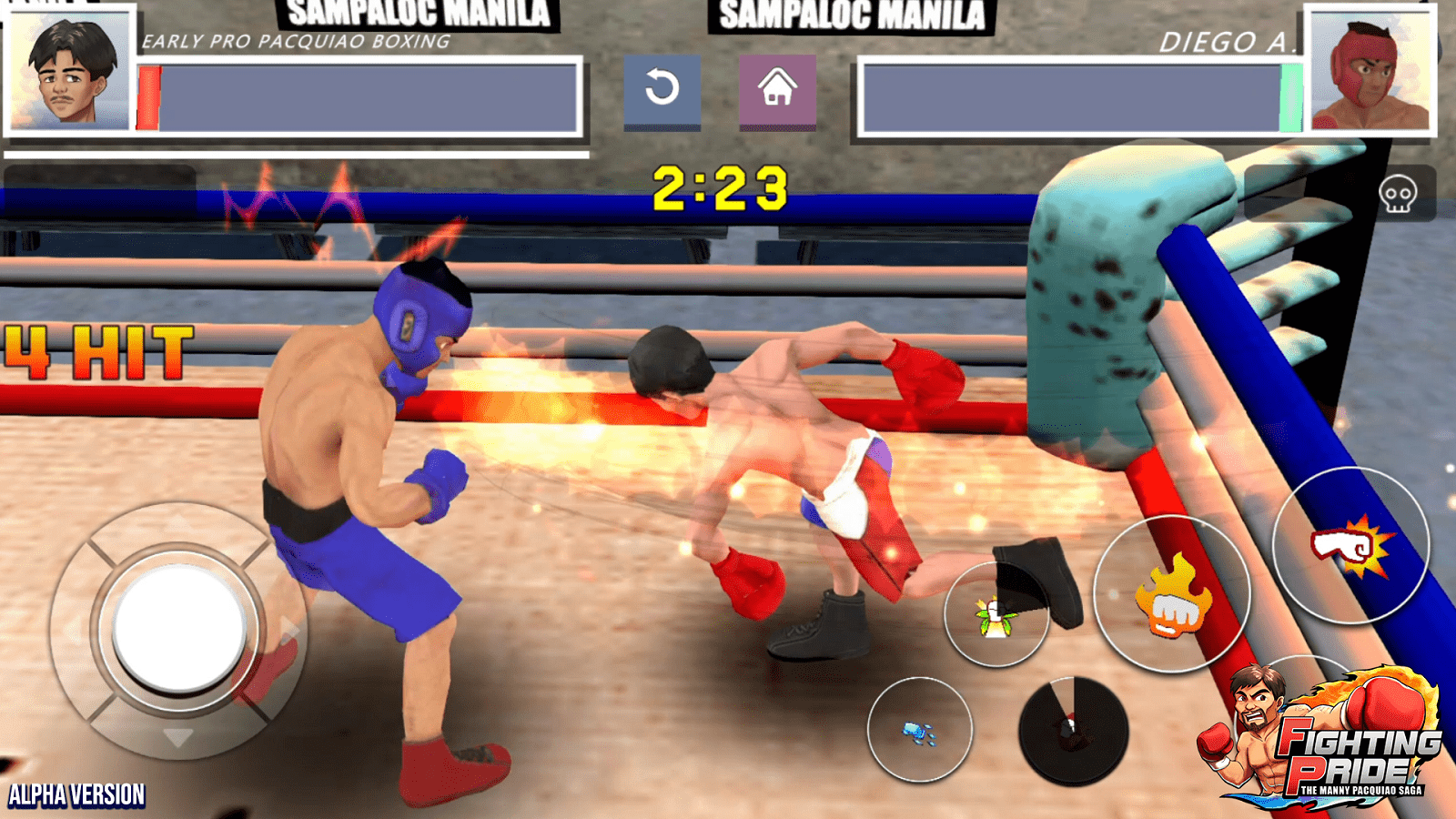 In Story Mode, players will face opponents representing different social issues like poverty, bullying, crab mentality, as well as personal challenges such as self-doubt and fear of failure that Manny Pacquiao encountered throughout his life. As Pacquiao grows in the game, so too will his skills and abilities.  His opponents will grow as well, providing the players with a continuous and compelling challenge.

In Online PvP Mode, players can go head-to-head with other players. PvP stands for Player versus Player, or Pacquiao versus Pacquiao, as players will be training their own versions of the legendary fighter to fight against other players’ versions of him.