Digital Continue is excited to announce the release of SuperMash, a new game where players will choose two genres and allow the game to create a unique gaming experience. This game is available now for PC on the Epic Games Store and today in Nintendo’s Indie World they announced it will be coming to Nintendo Switch in 2020. Players can purchase the game for $24.99.

In SuperMash, no person will play the same game (called a Mash) twice. One Mash might send them on a Stealth rescue mission as a bouncy Platformer character, while the next one will require them to fight a JRPG boss in the middle of a top-down Action-Adventure dungeon. It sources art and design elements from each genre to make these experiences one-of-a-kind. 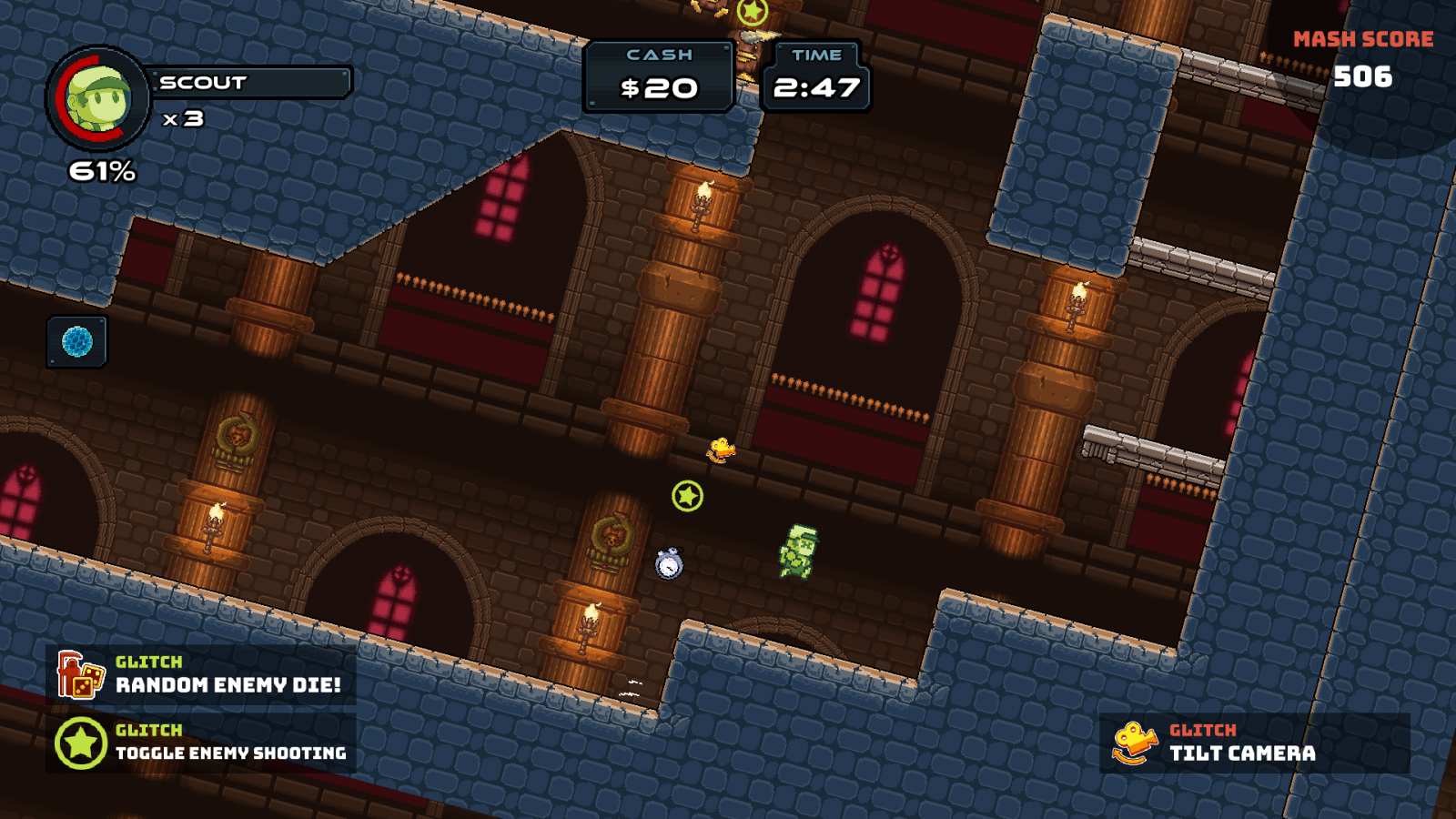 Some of the game’s key features include:

With more genres coming next year the amount of possibilities looks to continue to grow. Stay tuned to Gaming Trend for all your gaming news.