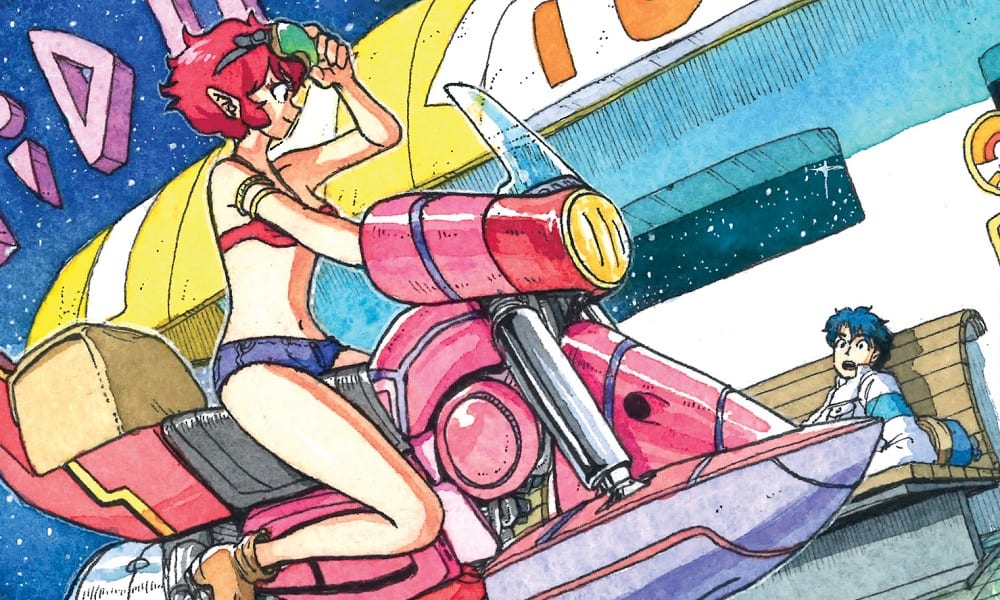 Seven Seas recently announced the digital release of the full-color omnibus version of Sazan & Comet Girl is available now, with a paperback version being released on September 15. The release follows a young man whisked away on an adventure of galactic proportions.

Seven Seas is excited to announce that Sazan & Comet Girl (Omnibus) by Yuriko Akase is out on digital platforms now, with a paperback release next week. This full-color manga was penned in 2018, but is delightfully reminiscent of sci-fi adventures of the 1980s and 90s. Nominated for the Manga Taisho Award in Japan, this series was originally released in two volumes, but is presented in English as a single 500-page omnibus, intended for ages 10 and up. Don’t miss this unique and dazzling adventure through space!

Sazan, a young man from Earth, works construction on other planets and has seen his share of galactic oddities. But when he meets Mina, a vivacious redhead who zooms into his life on a space scooter, he knows he’s run into someone special. Almost as suddenly as she arrived, Mina races out of Sazan’s life, yet Sazan is determined to find her again…no matter how far he must chase her across the galaxy.