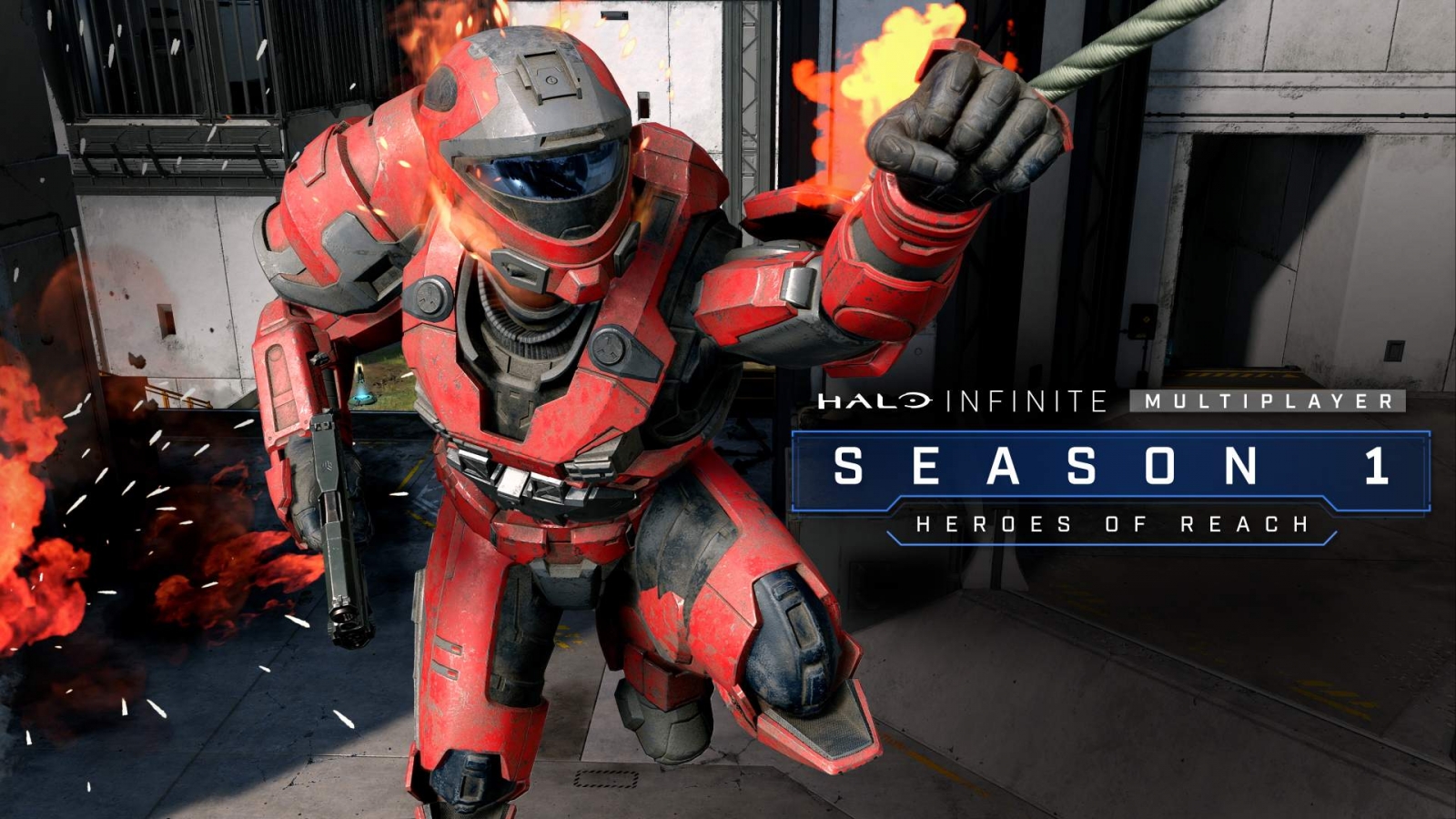 Microsoft just reached a gaming milestone – their original Xbox console just turned twenty years old. To celebrate they announced that they will be making the Halo Infinite multiplayer beta free for all. Additionally, they will be adding 70 games to their backwards compatible list and updating a few games already on the list. You can check out their blog post detailing everything announced during their celebration, or read below for more information:

Today we marked 20 years of Xbox and Halo with a celebration of players, game developers and creators around the world. Over the past 20 years, the Xbox community has made gaming a place of joy, inspiration, education, and social connection, forging bonds between friends and family and giving people new ways to connect. We’ve been together through a lot – four generations of Xbox consoles, countless events and game launches, iconic cultural moments like the Xbox Series X Mini Fridge and recent partnerships with Adidas, M.A.C. Cosmetics, and more.

As we embark on epic back-to-back blockbuster game launches in Xbox Game Pass – with current AAA game launches of Age of Empires IV, Forza Horizon 5, and Halo Infinite in December – the future has never been more exciting or limitless. There’s also never been a better time to be a first-person shooter fan. Battlefield(TM) launches everywhere on November 19, but you can play today via Early Access, a 10-hour trial that will let you play All-Out Warfare featuring Conquest and Breakthrough, battle alongside friends in the brand-new, squad-based Hazard Zone, and experience the community-driven Battlefield Portal, where players can create unexpected experiences featuring Battlefield 3, Bad Company 2, and Battlefield 1942. The trial is available to all EA Play and Xbox Game Pass Ultimate members. And today we announced the Halo Infinite Multiplayer Beta, which you can read more about below.

Our players are at the heart of everything we do and we couldn’t be more thankful for your incredible support. The last 20 years have been an amazing ride and we’re already hard at work on the road ahead. We can’t wait to share the next 20 years with you!

As a thank you to the Xbox community for 20 years of support, 343 Industries launched the free-to-play Halo Infinite Multiplayer Beta and Season 1 three weeks early, available starting now for all players on Xbox Series X|S, Xbox One and Windows PC. It will also be available via Xbox Cloud Gaming starting later today. Players can enjoy the Season 1 content including all maps, core modes, Academy features, and Battle Pass, and all of their progress carries over into the full Halo Infinite launch on December 8. For complete details on the Halo Infinite Multiplayer Beta, head over to Halo Waypoint.

Power On: The Story of Xbox Releases on December 13

This December, we invite you to go behind the scenes and discover the true story behind the creation of Xbox and the 20-year journey that followed. Told by the team that lived it, Power On: The Story of Xbox is a documentary series that takes you back to the scrappy beginnings of Xbox as a passion project from a small group of gamers within Microsoft. It continues through the generations and shares never seen before details about some of Xbox’s biggest challenges like the dreaded Red Ring of Death. All six episodes will be available to watch globally starting December 13 on a variety of video platforms including Roku, IMDb TV, YouTube, Redbox and others. For more details, see here. 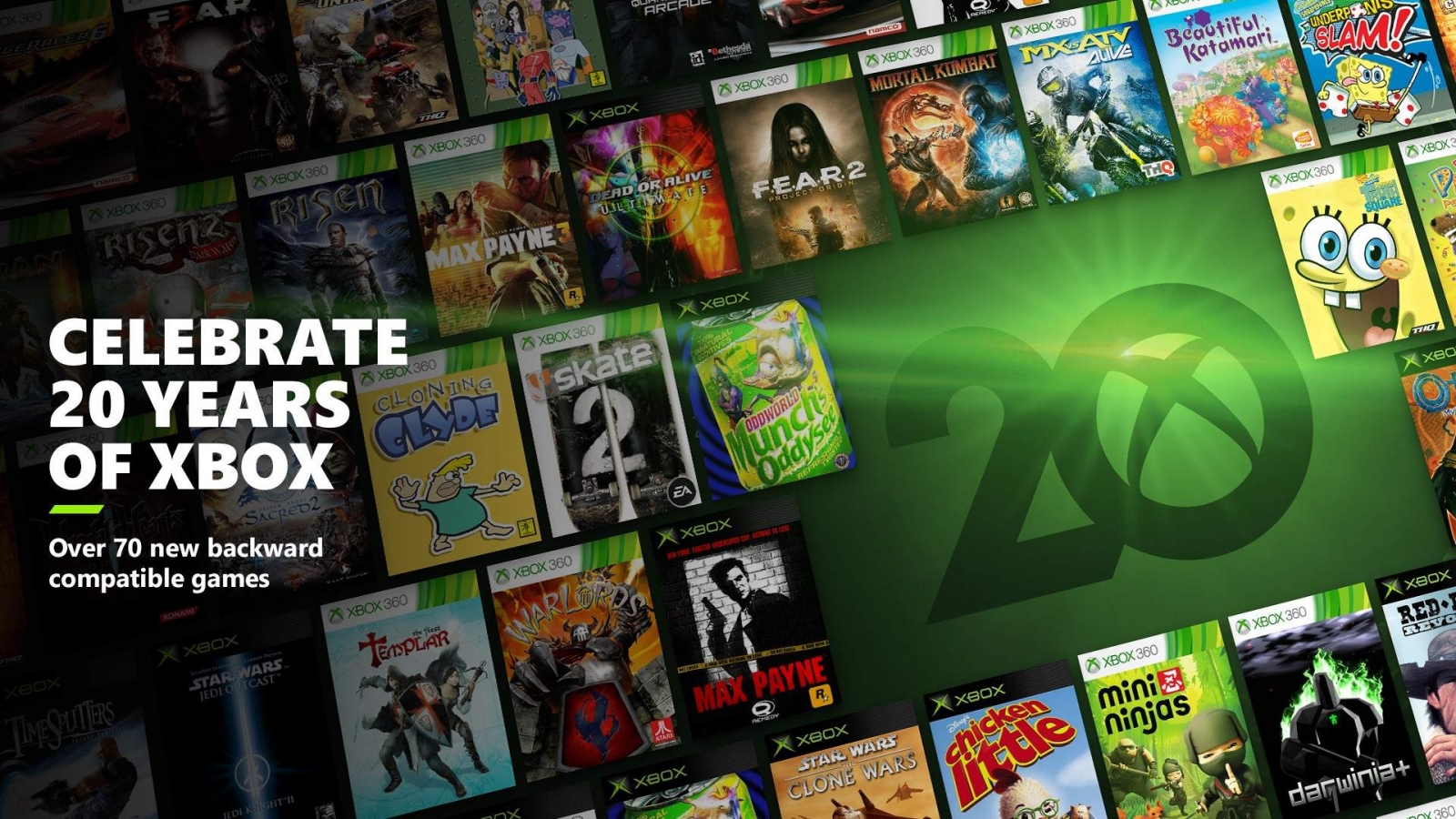 Our backward compatibility program has made it possible for fans around the globe to discover and replay thousands of games spanning our 20-year history. Commemorate 20 years of Xbox with over 70+ new Xbox 360 and Original Xbox games being added to our backward compatibility library today on both Xbox One and Xbox Series X|S. We also enabled FPS Boost for 11 of the titles we added today and 26 more titles from the existing library. In addition, we’re bringing FPS Boost to Xbox Cloud Gaming (Beta) for select titles when played from the cloud. For more details, head over to the full Xbox Wire post.

Win One of Over 1,000 Prizes Thanks to Dwayne “The Rock” Johnson and Netflix’s “Red Notice”

During the show, we announced that we’ve teamed up with Netflix’s “Red Notice” and Dwayne “The Rock” Johnson unveiled The Xbox Vault – an immersive online experience inspired by “Red Notice” and filled with legendary Xbox artifacts, giving fans a chance to win one of over 1,000 limited-edition prizes.

For more details, check out the full Xbox Wire post. To experience the Xbox Vault for yourself, visit www.XboxVault.com 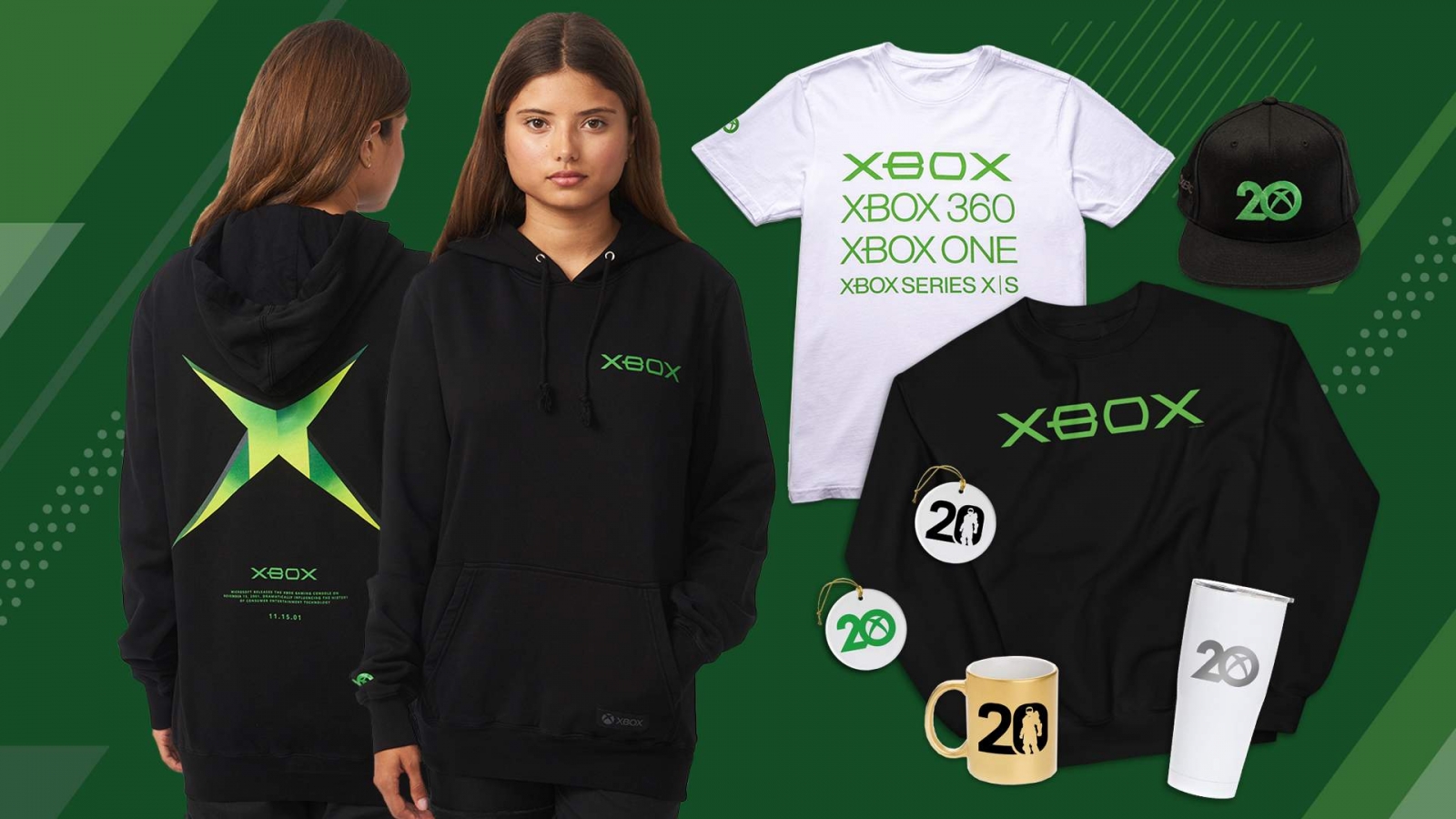 The 20th Anniversary celebration continues with even more ways for you to relive the nostalgia and share your passion, along with the amazing Xbox community.

We’re giving away a game room makeover that comes with an artistic display of two decades worth of Xbox’s legacy, and only Xbox FanFest fans have a chance to win. Sign up or login at www.xbox.com/fanfest and opt-in for the 20th Anniversary Xbox FanFest Sweepstakes for your chance to win. The entry period starts at 10:00 am PT on November 15, 2021 and ends at 11:59 pm PT on November 21, 2021.  No Purchase Necessary. Open only to legal residents of an Xbox Live Supported Country 18+. See Official Rules for complete details.

Ring in the anniversary with our collection of Xbox and Halo gear commemorating 20 years in gaming! Check out a variety of items – from tees to hoodies to ornaments and more, at the Xbox Gear Shop. We’re also celebrating with some digital goodies that fans can equip to show their love for Xbox, including a free 20th Anniversary Avatar t-shirt (grab it from the Store here!) and a new Xbox 360-inspired dynamic background that will be available on Xbox Series X|S starting November 16.

For those fans who want to hear more about the earlier days of Xbox and the innovation that Xbox has fostered within gaming, we’re also excited to announce Xbox Pioneers: Creativity and Innovation –Past, Present & Future. This discussion will be moderated by former Nintendo USA President and COO Reggie Fils-Aime, and feature Xbox visionaries Robbie Bach, Ed Fries, Peter Moore, and Bonnie Ross. You’ll be able to tune in to the Xbox Pioneers Panel on November 22 at 10:00 a.m. PT on Microsoft Alumni Network’s YouTube channel and the official Xbox Twitch channel.

Join us for a 24-hour gaming livestream on Giving Tuesday, November 30, to celebrate the 20th Anniversary and raise funds through Extra Life, a program of Children’s Miracle Network Hospitals. In commemoration of the anniversary, we are playing through 20 years of games featuring nostalgic favorites and new and exciting titles. The streaming event kicks off at 10:00 a.m. PT on XboxOn – Twitch and will include popular Xbox personalities, celebrities, unforgettable gameplay, and epic prizes.

Finally, get ready for a 128-team online Halo Infinite tournament that will be run via Smash.gg and broadcast on Twitch.tv/Xbox. The competition will run Saturday, December 11 and Sunday, December 12, and features a grand prize of an all-expense paid trip to the 1st HCS (Halo Competitive) live event in Raleigh, North Carolina. Registration for this event starts today, November 15 at 12:00 p.m. PT on Smash.gg/Xbox.

Thank you to everyone who’s played a role in our Xbox journey over the last 20 years. We are excited for what the future holds and look forward to co-writing the script of what gaming will be in years to come!