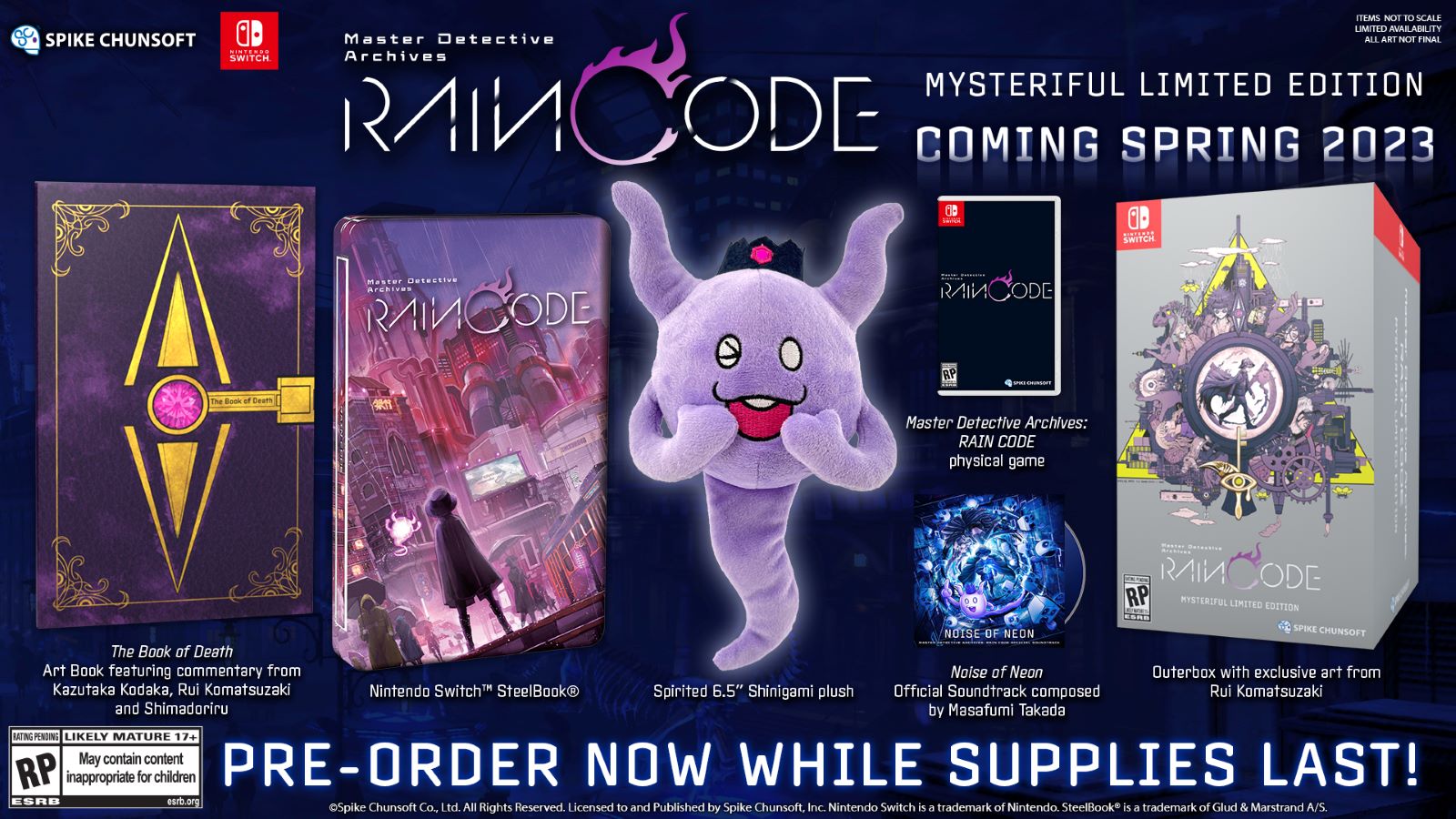 Spike Chunsoft, Inc. showed details for the Mysteriful Limited Edition of their next game, Rain Code, coming Spring 2023. The Limited Edition will include most notably a Shinigami plush and steel book.  The creators of the Danganronpa series also announced that preorders would be available at select retailers in North America and Europe while supplies last.  As of this writing preorders are live and available at Amazon and Target with GameStop and Best Buy coming soon. You can check out the latest trailer from the most recent Nintendo Direct below along with the official press release:

A city of rain is gripped by innumerable unsolved mysteries, under the complete control of a megacorporation. Master Detectives from around the world, each possessing unique powers, must rise to the challenge of uncovering the truth.
With Shinigami by his side, Yuma joins the investigation as a trainee of the detective agency. Travel freely within the fully 3D environment of the city to gather evidence and testimonies. Enter the Mystery Labyrinth, a unique and offbeat puzzle-solving experience!

As the investigation progresses, a realm known as the Mystery Labyrinth will appear, creating a path toward the truth. Once inside however, the mysteries shrouding the case materialize as gimmicks and traps, lying in wait to consume Yuma. The rules of reality don’t apply here: delve into the ever-changing Mystery Labyrinth and get to heart of the case.

But that’s not all! Monstrous Mystery Phantoms will do whatever it takes to prevent Yuma from reaching the truth. Dodge their barrage of lies and slash the contradictions to pieces with the Solution Blade!