Yesterday, Konami and Ukuza announced that its 2D platformer Skelattack is available now on PlayStation 4, Xbox One, Nintendo Switch, and PC. The game will allow players to travel an expansive Underworld trying to protect it from humans who want to destroy it.

As a newly deceased member of the Underworld and resident in the happy hub of Aftervale, Skully is just getting the hang of being dead and coming to terms with being a skeleton. As he prepares for his Remembrance to understand who he was in his past life, Skully finds himself in a fight to protect his home from plundering humans from above.

In an attempt to steal the magic that kindles the spirits of the dead, the Blue Flame, the humans kidnap Aftervale’s elder skeleton, Elzedon. Together with Imber, Skully’s trusty bat friend, players will control both characters to jump, slash and flap their way through the Underworld to stop the human threat, save the Elder and protect the Blue Flame. 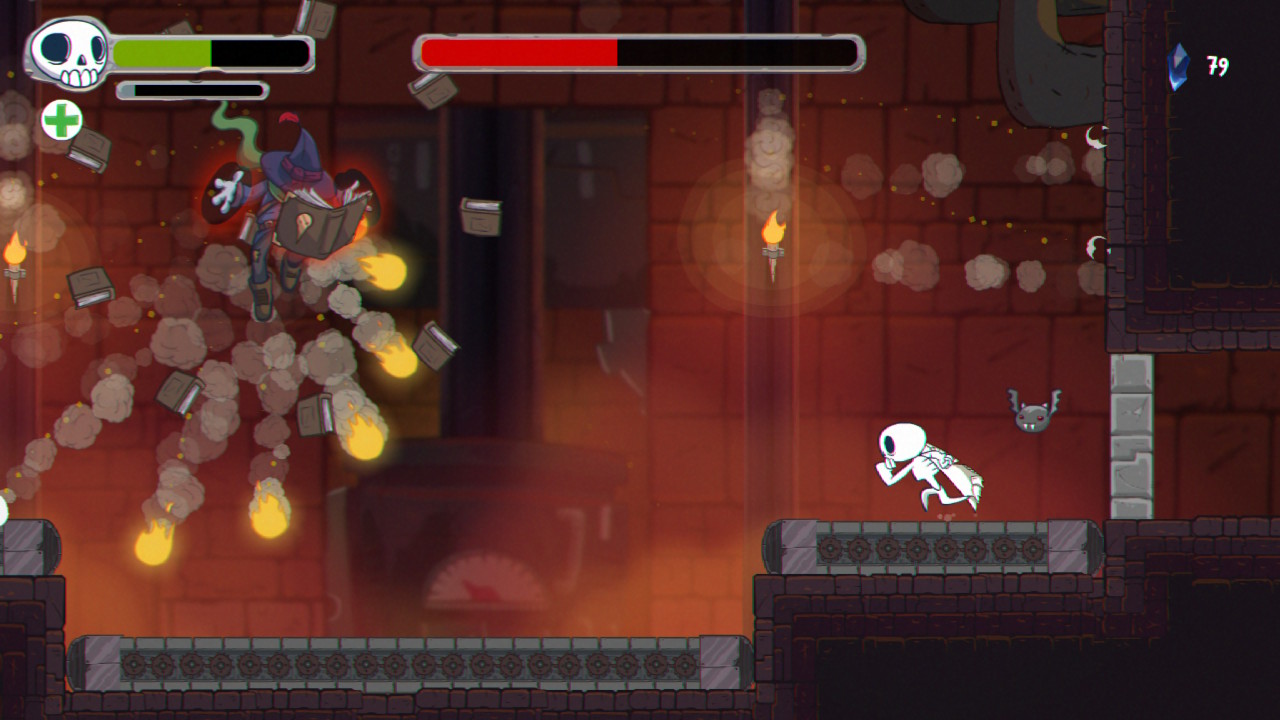 “Developing Skelattack has been a labour of love for our team at Ukuza, and we are not only thrilled to formally introduce it to the world, but also allow players to experience this unique, platforming adventure right now,” said Shane deLumeau, CEO and Founder, Ukuza. “KONAMI has been an ideal partner in this process as we have been inspired by classic legacy titles such as Castlevania, Contra, and Goemon in our development. We are fortunate to work with such a seasoned team to finally bring Skelattack to life.”

Each dungeon is a vibrant juxtaposition of danger and charm contained in its colourful, hand-drawn environments and characters. Players are encouraged to bask in the Tim Burton-inspired art style and revisit each stage at their leisure to uncover its vast secrets. Amidst the impressionist artistry is a fun and fluid platformer, challenging players to utilise Skully and Imber’s multiple abilities to wall slide, fly, jump and attack through each obstacle and puzzle.

The relationship between KONAMI and independent game developer, Ukuza Inc. is a unique pursuit for the publisher as it builds its catalogue of Western, domestic market titles of all sizes. “We instantly fell in love with Skelattack’s concept, aesthetic, and style and felt this would be a perfect fit for our audience,” said Michael Rajna, Senior Director of Business Development & Licensing, Konami Digital Entertainment, Inc. “It is rare that we find such a partner in the Indie Game space but Ukuza proves talent knows no bounds, and we will continue to consider new projects like this in our portfolio moving forward.”