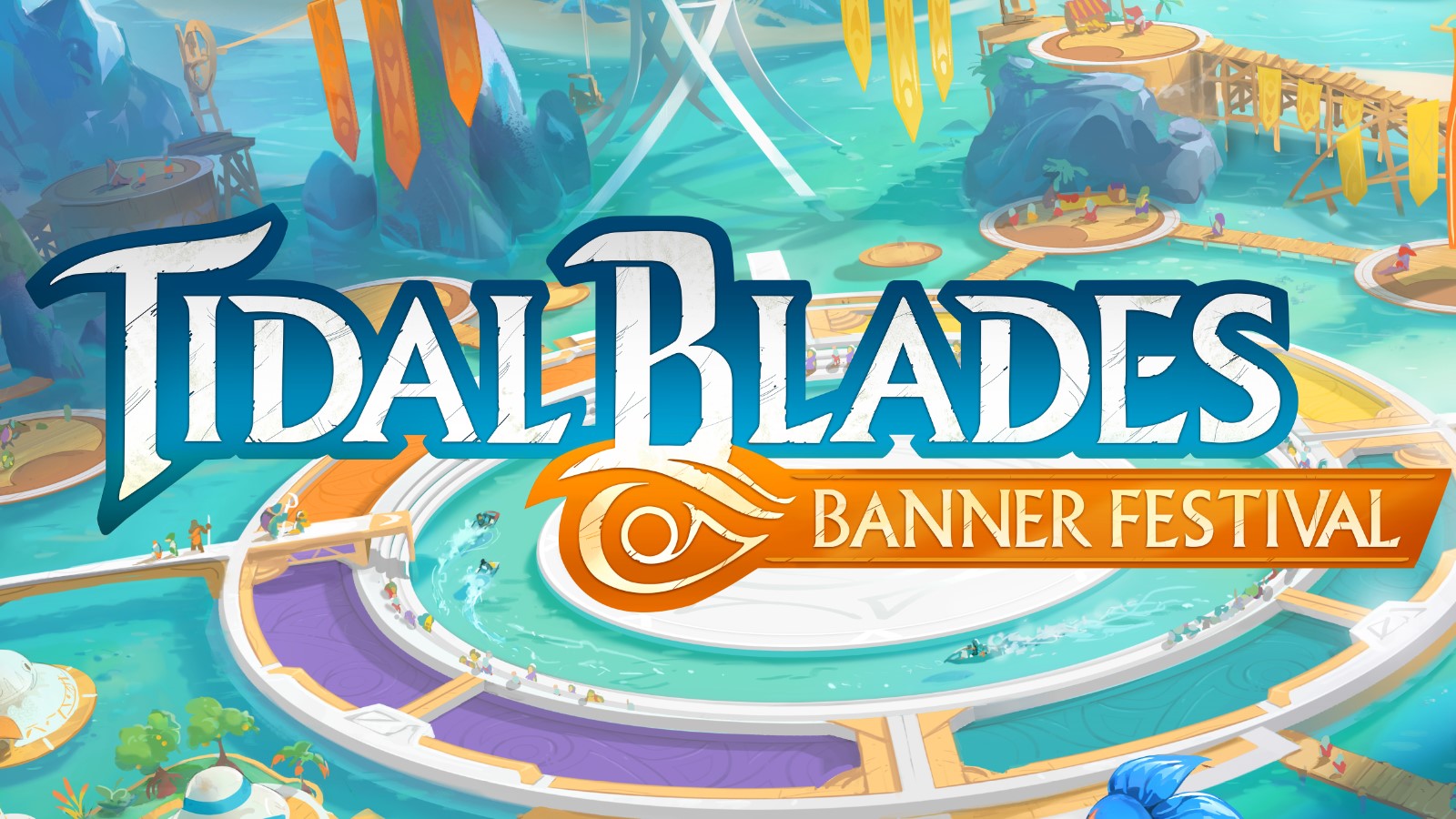 Tidal Blades: Banner Festival is a trick-taking game with a twist – you don’t always want to win the trick! Every card has abilities that are activated when played, but which ability you activate will depend on whether you played the highest, middle, or lowest card in the trick. Sometimes you’ll benefit more from playing the lowest card or one in the middle. 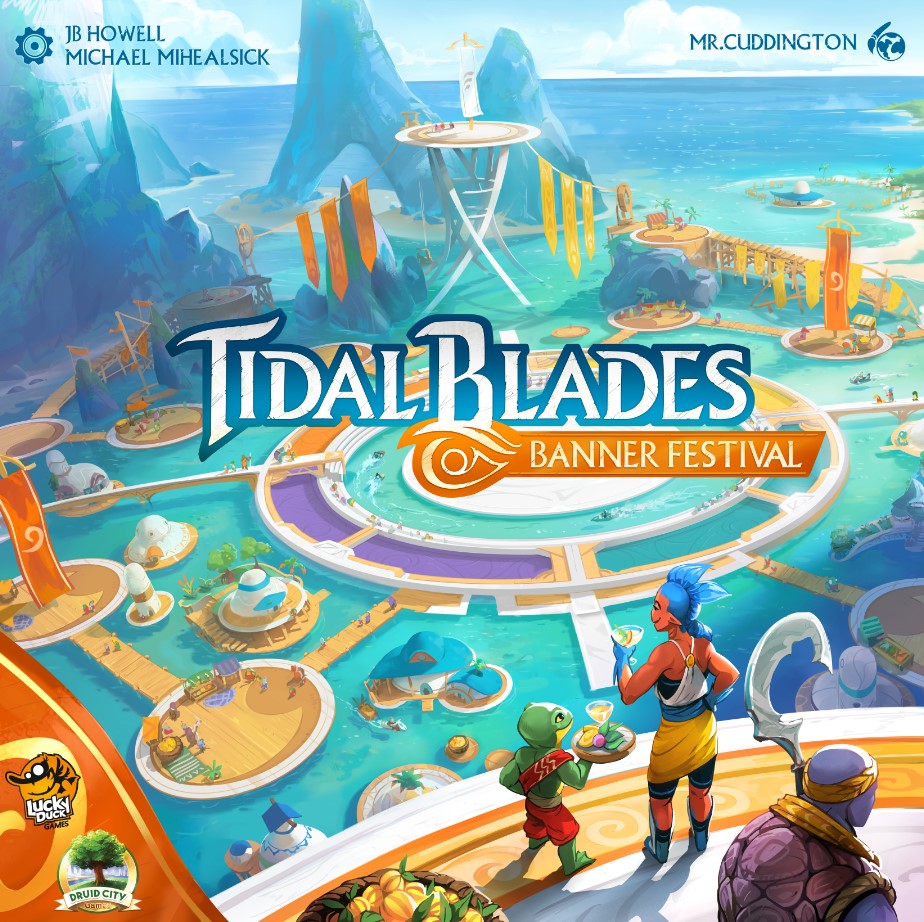 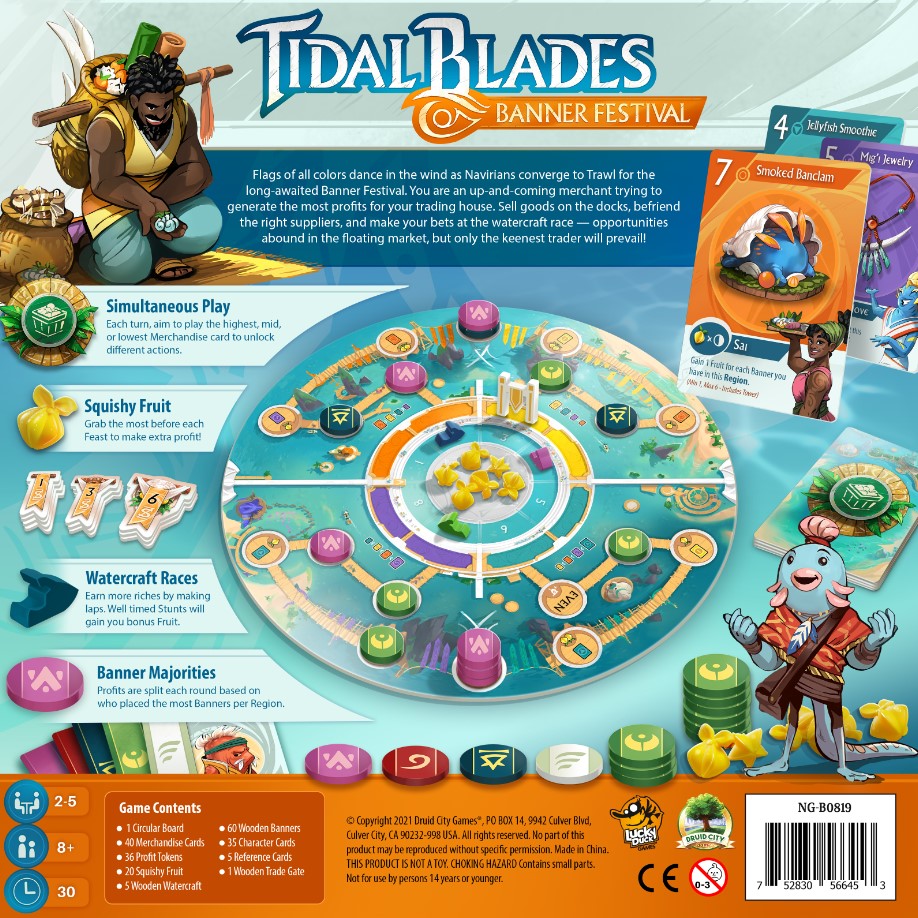 Vincent Vergonjeanne, CEO of Lucky Duck Games, said, “Already a huge fan of the Tidal Blades franchise, I am absolutely delighted by this new game. J.B. Howell, Michael Mihealsick, and the team at Druid City have put together an incredibly exciting game while transporting us back to this beautiful world. I am proud to be working with Druid City Games to publish Tidal Blades: Banner Festival together.” 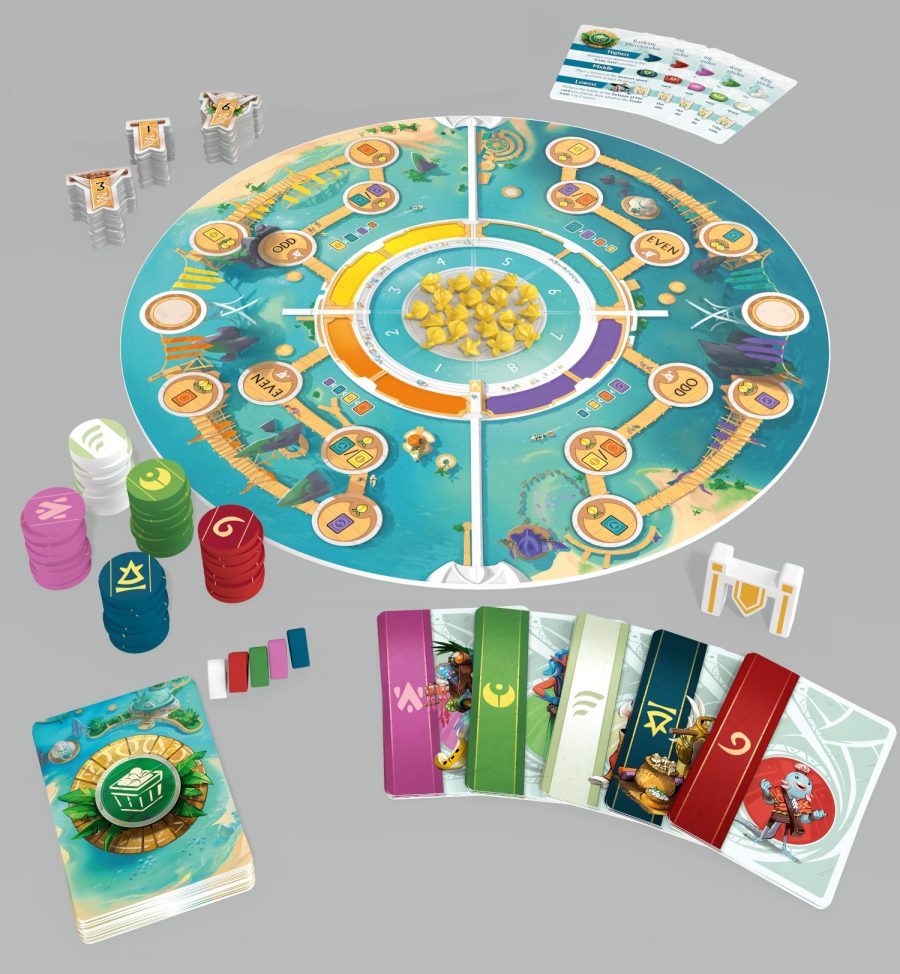 Tidal Blades: Banner Festival will be released in Q4 2022 with an MSRP of $39.99 / 39.99 €. Interested retailers can contact their distributors to place pre-orders.