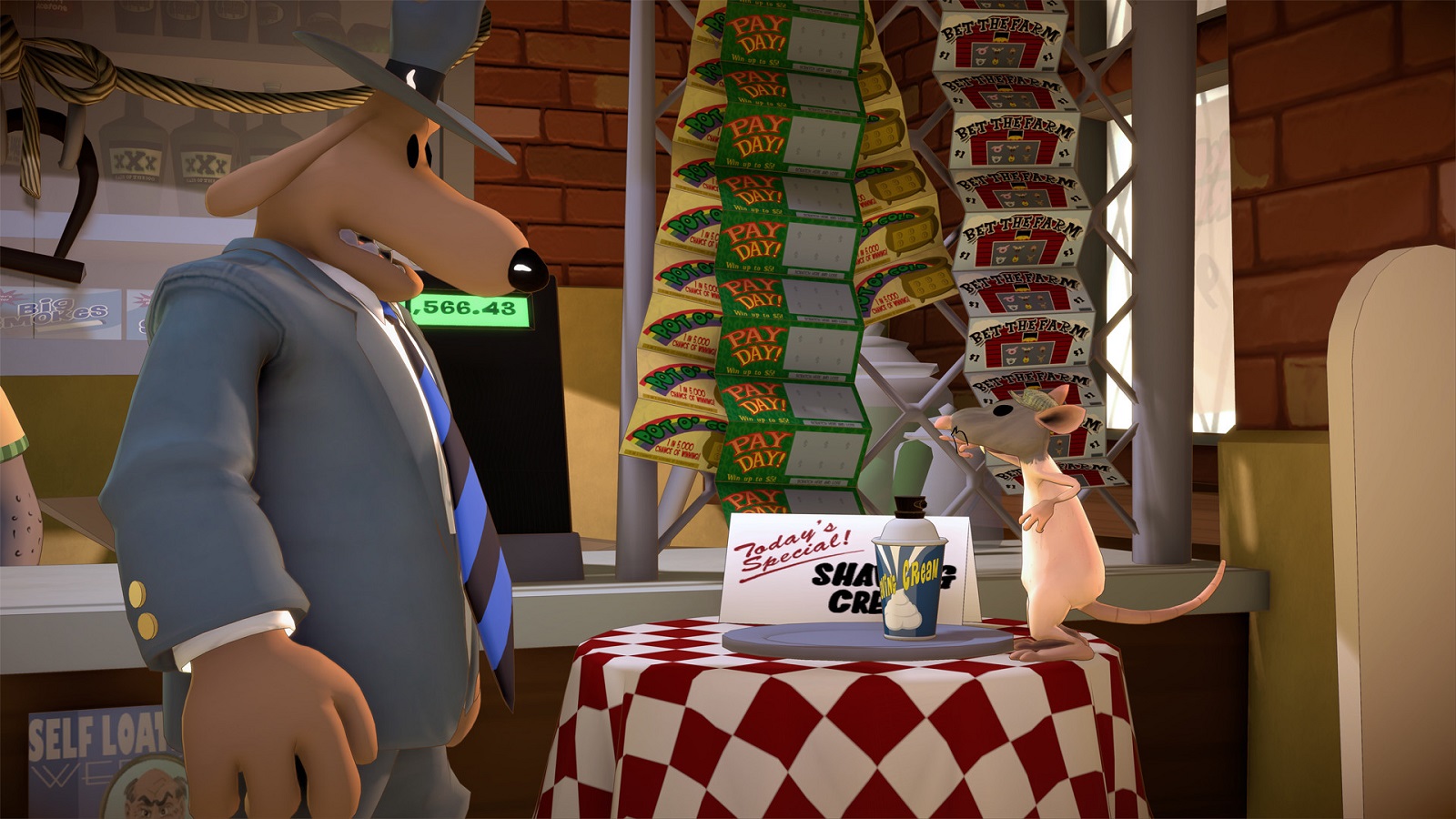 Are you ready for your favorite dog and bunny… erm, lagomorph duo to head back to a physical plane of existence? Sam and Max aren’t real (yet), but Limited Run Games will make their exploits available physically with the Switch version of Sam & Max Save the World Remastered available for open pre-order tomorrow. In addition, the roguelite racer SmuggleCraft will be available to purchase tomorrow as well.

For those who need a refresher on Sam & Max: 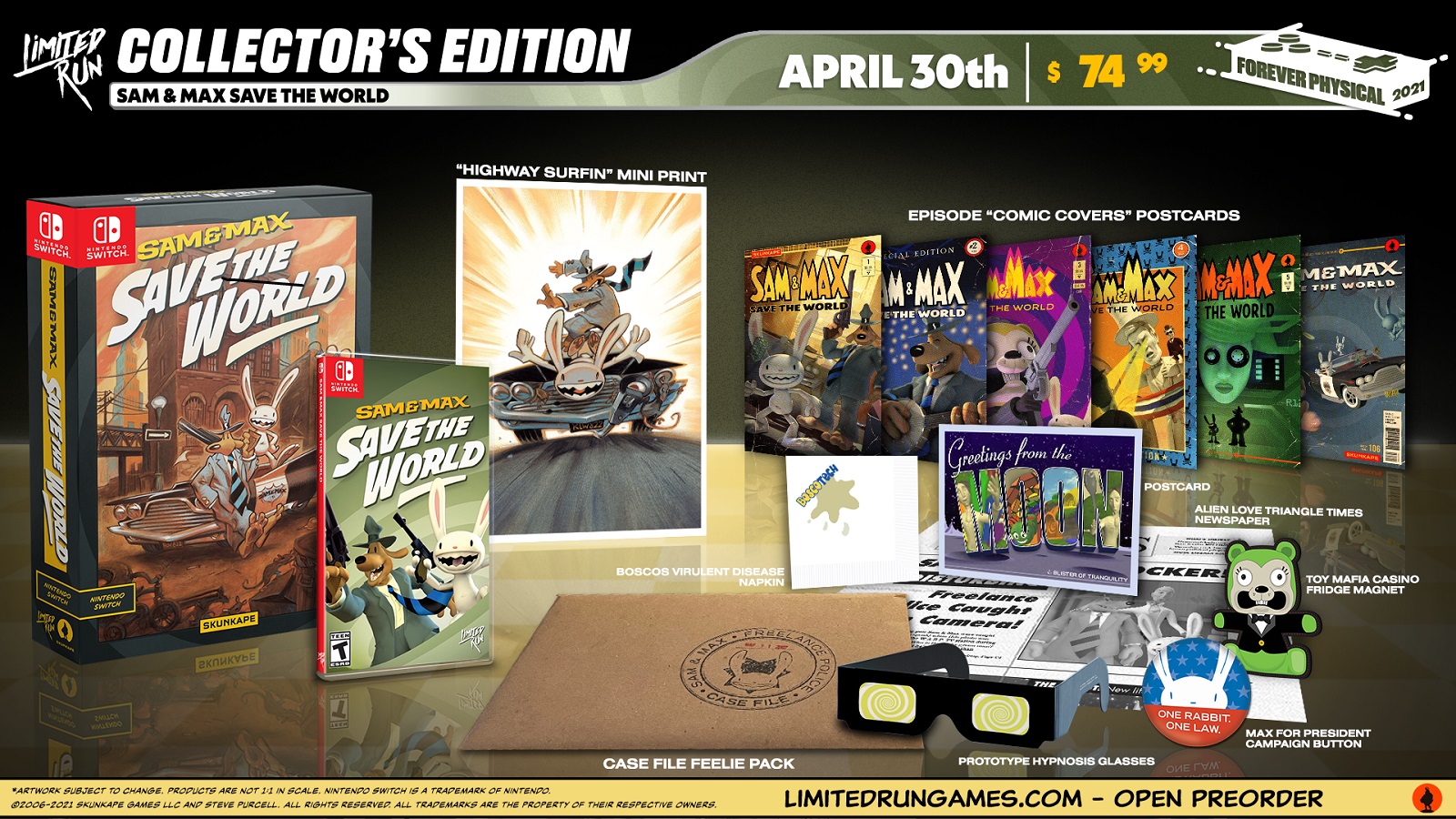 Sam is a six-foot canine detective with a love of justice. Max is a hyperkinetic rabbity-thing with a taste for mayhem. Together, they’re the Freelance Police. And they’re about to save the world.

In 2006, the comic book crime-fighting duo Sam & Max starred in the first full-fledged episodic game from Telltale, the studio that went on to make The Walking Dead and Batman: The Enemy Within. Now everyone’s favorite dog and rabbity-thing are back in Sam & Max Save the World Remastered, a new version of their first season of episodic games that has been lovingly updated by a small group of the original developers with the blessing of Sam & Max creator Steve Purcell.

It’s just another day at the office for the self-proclaimed Freelance Police when the Commissioner calls in with a disturbing report: former child stars are running amok in the street! What starts as an open-and-shut case of idiotic vandalism balloons into an all-out conspiracy as Sam and Max encounter one miscreant after another who have been mysteriously hypnotized. (You can tell from the “spinny thing” they do with their eyes.)

Who’s the source of this malfeasance, and what is their dastardly plan? Cracking this case will require Sam’s nose for detective work, Max’s lack of conscience, an assortment of inventory items, and a little help from neighbors Sybil Pandemik, Bosco, and Jimmy Two-Teeth. From Sam & Max’s street to the White House lawn, inside the internet, and all the way to the moon, this baffling mystery gets weirder and funnier as it unfolds.

If point-and-click comedy adventures aren’t your thing, Limited Run Games also has SmuggleCraft on offer, with an optional soundtrack to purchase too. 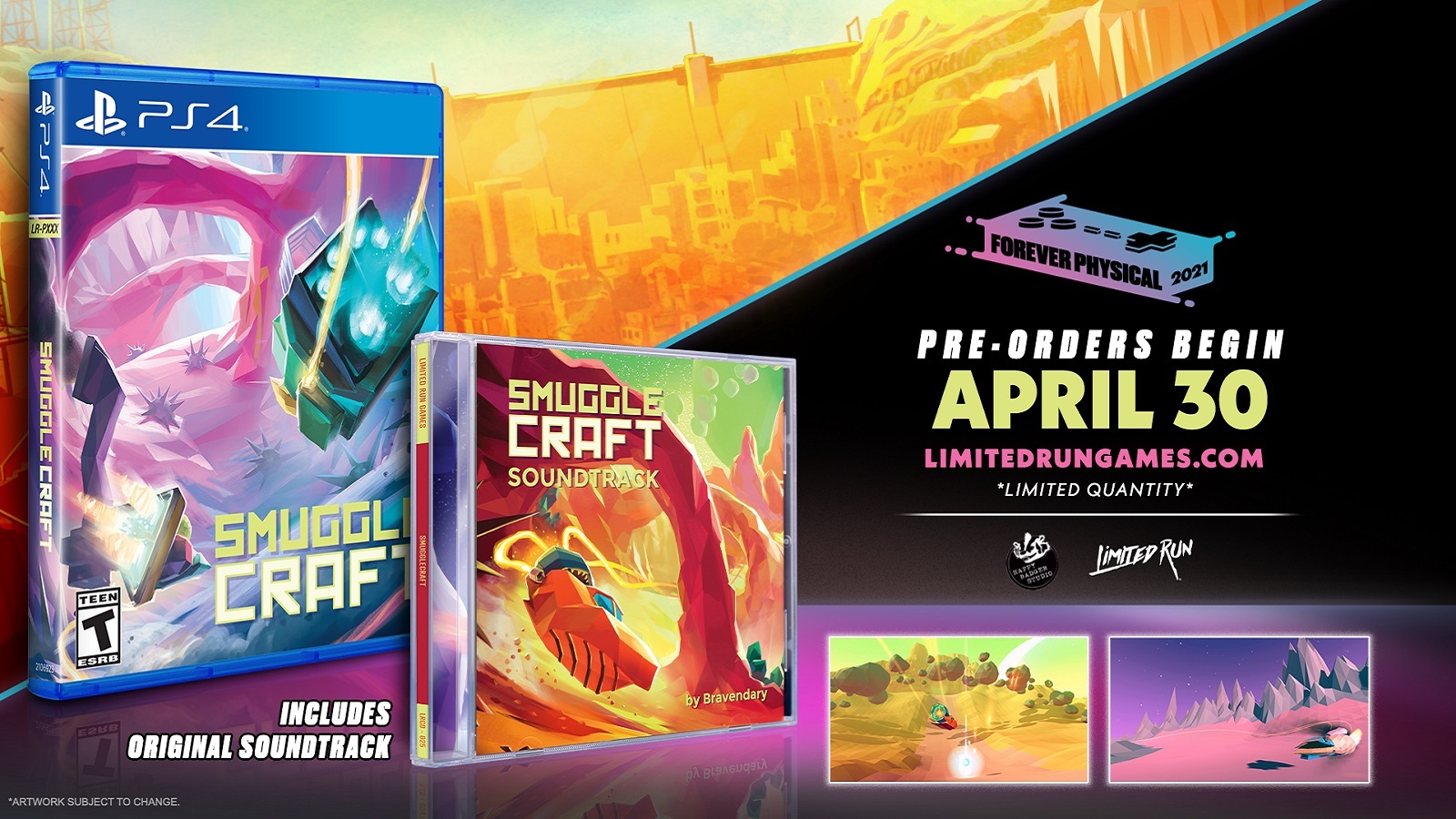 You’ve got a fast hovercraft and a heavy debt. Also, the world is falling apart.

As a smuggler in a society in which travel, trade, and technology are highly regulated and virtually inaccessible for most, your deliveries could decide the fate of your world.

SmuggleCraft is a quest-based hovercraft racing adventure. Pilot your Hovercraft to smuggle contraband, build upgrades, and escape the authorities as you discover the incredible stories of the inhabitants of the unforgiving and troubled world Dirahl.

Check out our review of Sam & Max Save the World Remastered, and stay tuned for more news here on Gaming Trend.