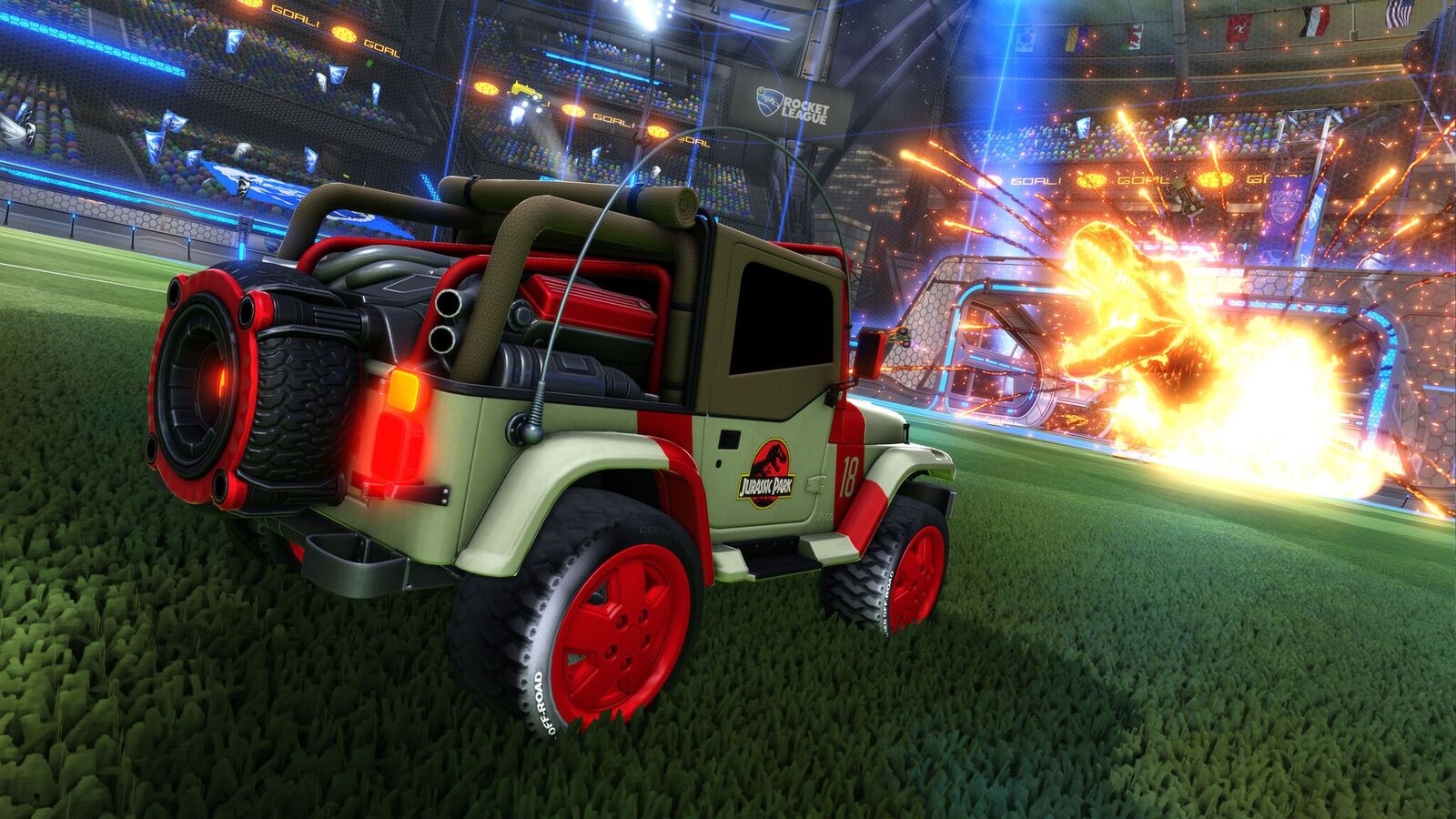 A collaboration between Psyonix, Universal, and the Jeep brand is leading to Rocket League getting a Jurassic World Car Pack later this month. The DLC pack contains customization items based off the Jurassic Park and Jurassic World films.

The content coming in the Jurassic World Car Pack is:

The DLC will be available to download on all platforms on June 18th, a few days before Jurassic World: Fallen Kingdom hits theaters. The pack will be priced at $1.99 USD or the regional equivalent of that price.  Rocket League has made a name for itself over the years and has kept fans coming back for more with the variety of DLC packs that they’ve introduced. Check out the announcement trailer above and stay tuned for more news here at Gaming Trend.