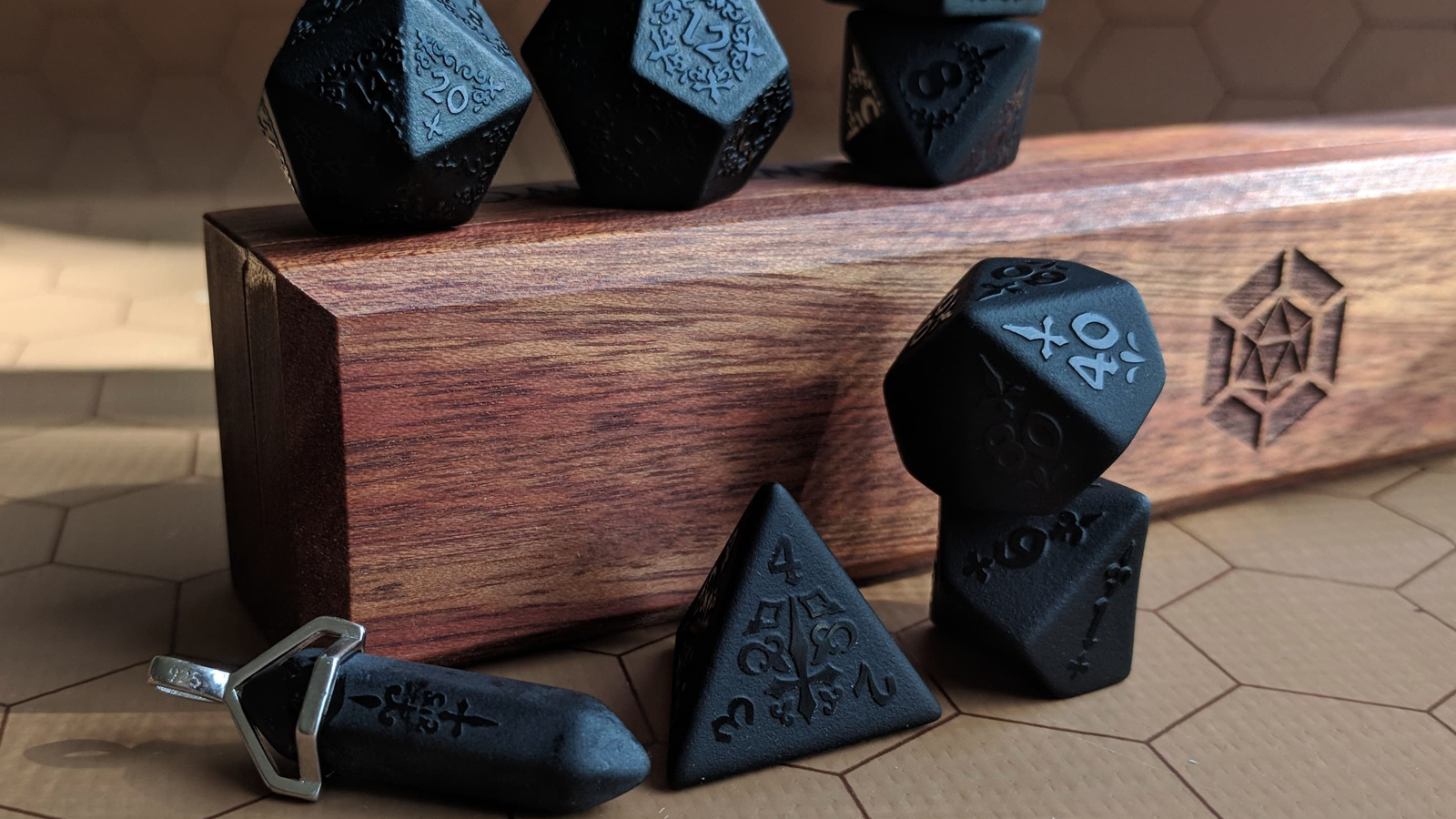 With GenCon fast approaching, Level Up Dice has spent the last couple of weeks unveiling some new additions to their high-end dice line. All of these sets will be available at booth 1855, and some are even available right now on LevelUpDice.net. 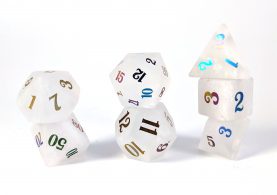 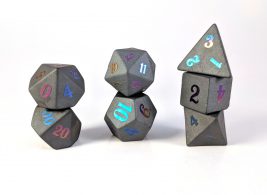 “We have taken our clear quartz and hematite, added in our raised number process and then also infused the quartz with gold and titanium molecules. This creates a nearly magical set of dice, with the frosted background of the quartz, or the mirrored metallic background of the hematite, and the rainbow hues of the iridescent rainbow sheen numbering, your set of dice will be the envy of everyone at the table.” 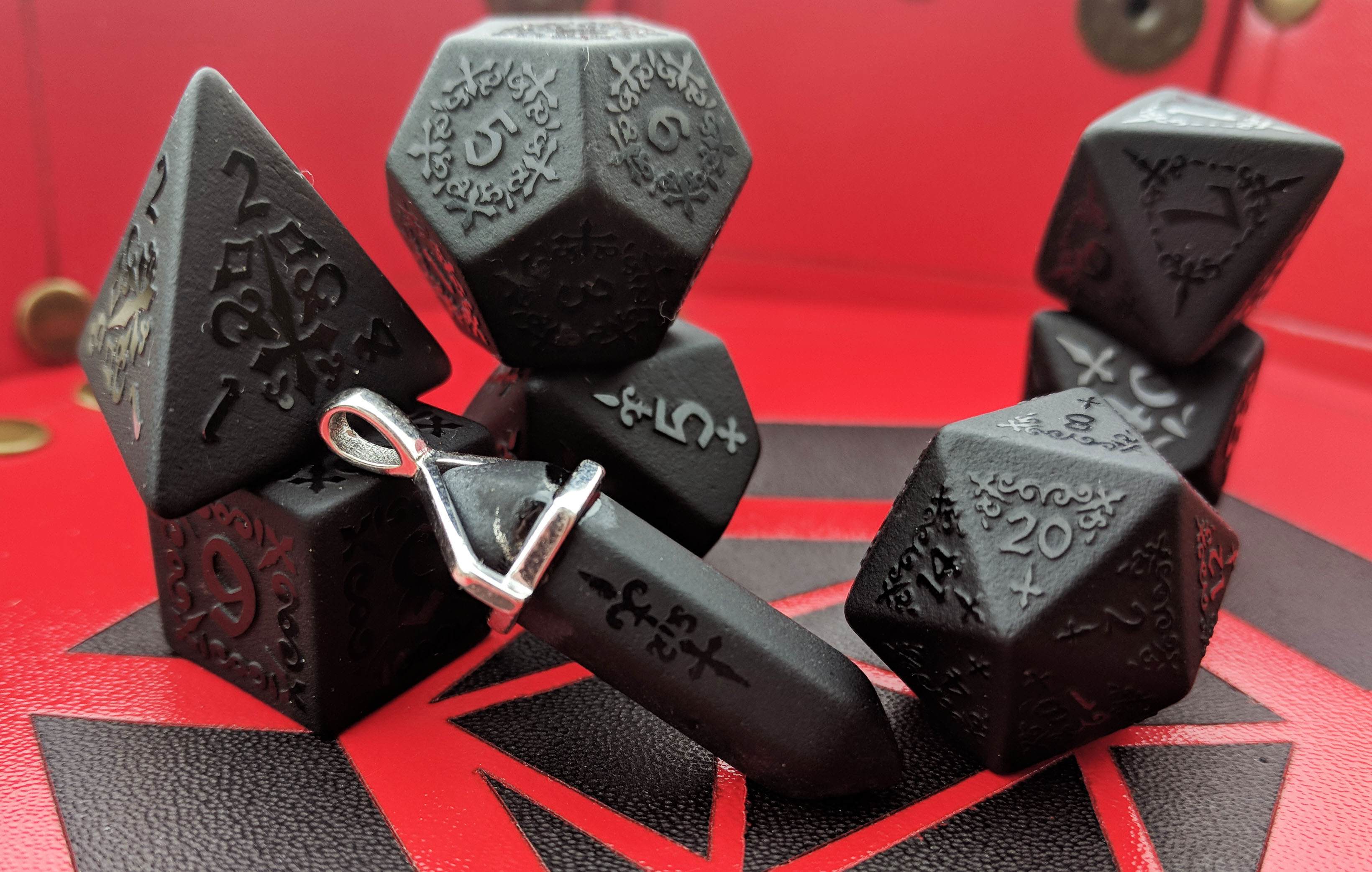 “The Shadow Mask Glyphic Design pays homage to all things dark and mysterious. Featuring some rounded elements but mostly sudden and sharp shapes along with a mixture of sharp curves and points the design harkens to medieval rosaries and sculptures, masquerades and the occult. Our first in our new range of Raised Glyphics, this design is married with our Obisidan to give it the darkness it truly deserves.”

And the Arboretum Picture Jasper: 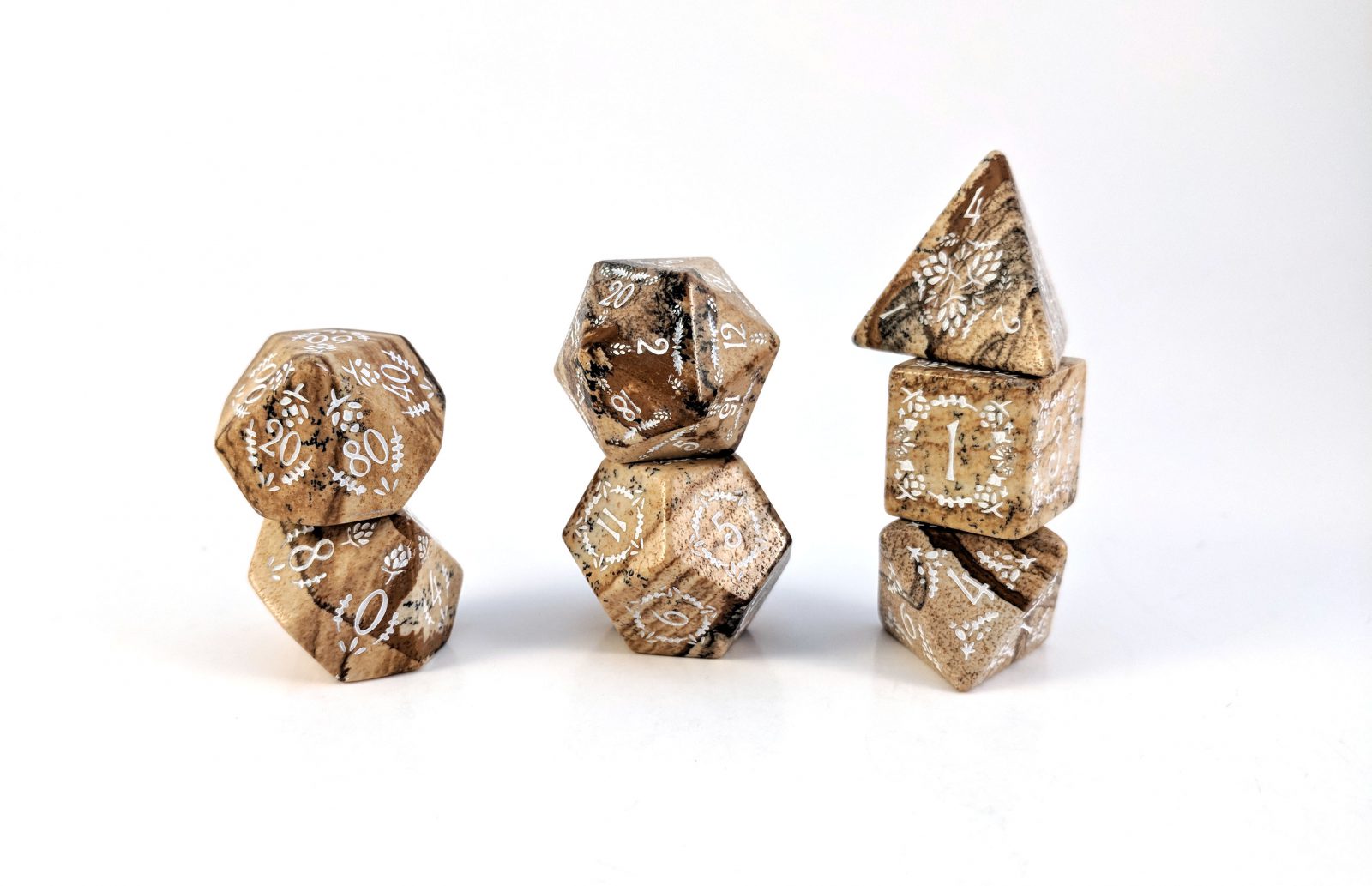 “The Arboretum Glyphic Design is inspired by the ephemera found on forest floors in Autumn. Unlike their counterparts, the beautiful forest beings will live forever on the Glyphic stone dice, serving your Druid or Ranger forever. The design is hand-carved into Picture Jasper, giving the illusion of ancient woods and fallen bark.” 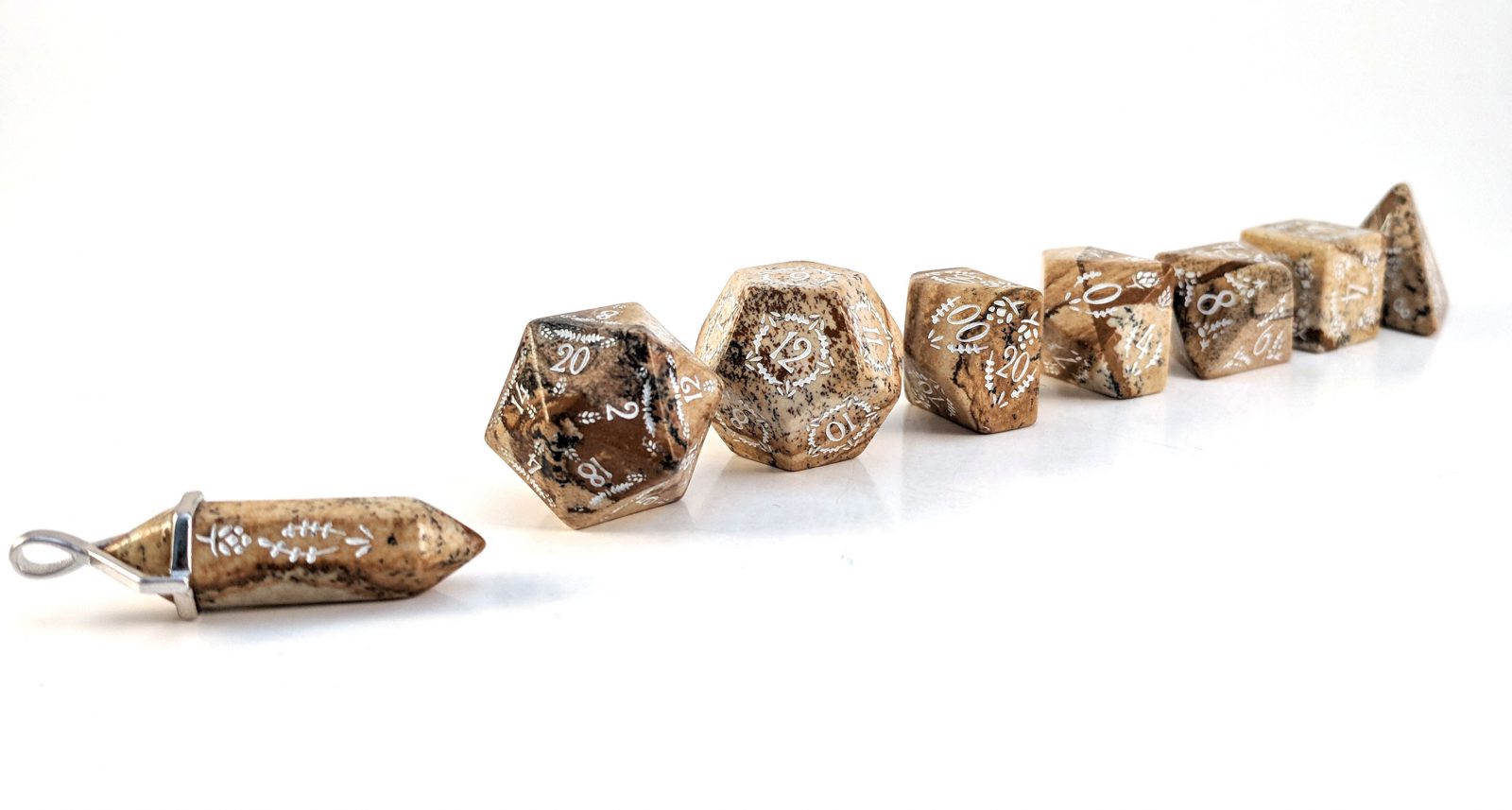 With GenCon starting in less than a week, don’t think for a minute that Level Up is finished with their product announcements for the big event. Stay tuned to Gaming Trend for more, as well as some hands-on time on the showroom floor!