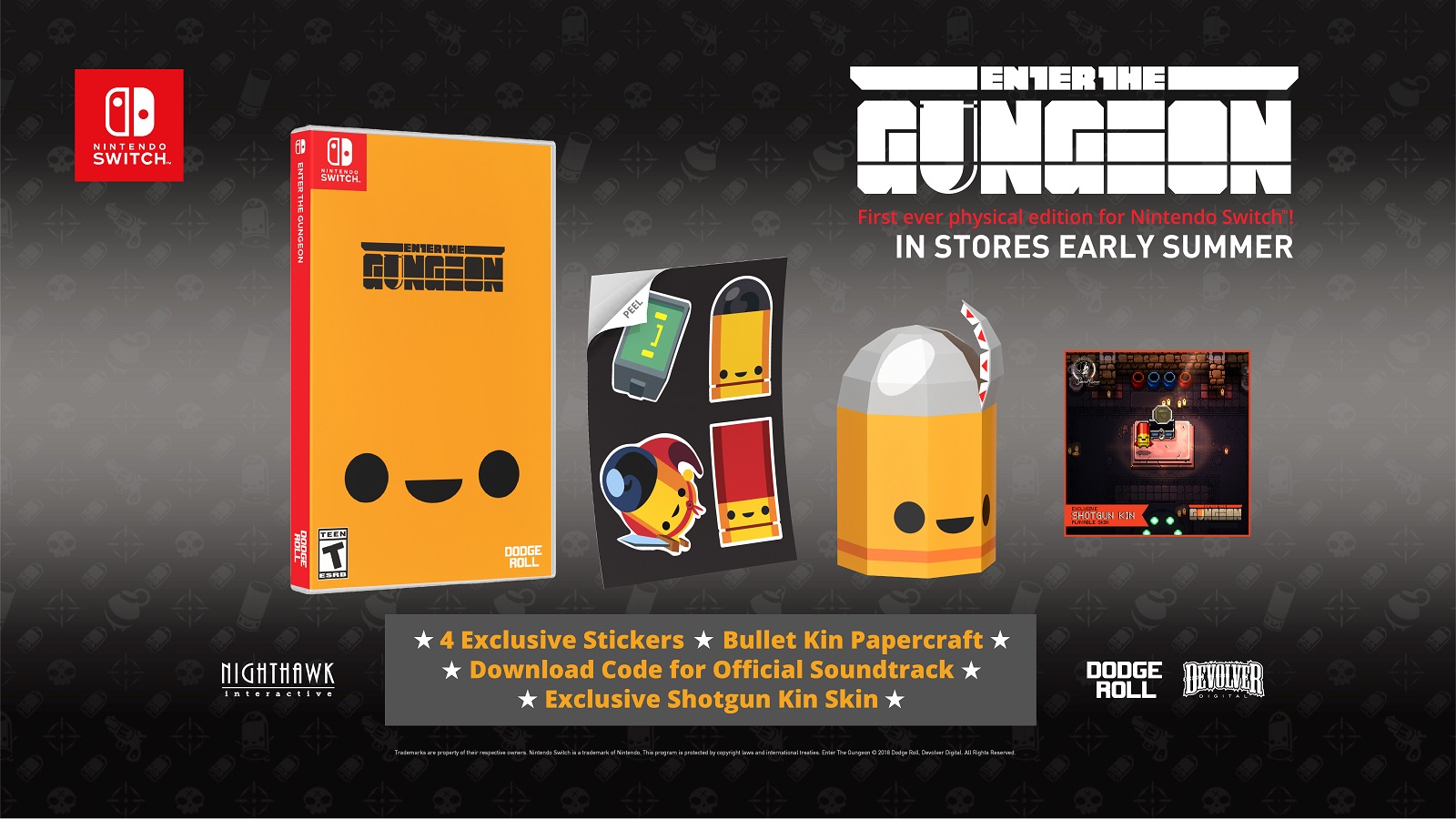 To commemorate the final DLC update of Enter the Gungeon, Dodge Roll and Devolver Digital have announced that the game will have a physical release for the Nintendo Switch on June 25, thanks to Nighthawk Interactive. This edition will retail at $29.99 and include some fun goodies, plus an exclusive playable skin.

In Enter the Gungeon, players choose from several unlikely heroes burdened by deep regret and determined to change their past. The secret lies within the Gungeon, a constantly-evolving bullet hell fortress chock-full of zealous Cult of the Gundead and formidable bosses, each with unique weapon types and firing attack patterns. Players need to stock up on and customize weapons of their own to defeat their foes, with hundreds of options to discover. While wrapped in charming pixelated visuals, Enter the Gungeon presents complex combat challenges that push players to constantly adapt their tactics over repeated playthroughs to truly master.

For those that want to try out the game now, there is a sale to commemorate the final update which slashes the price down 50 percent for all currently released versions of the game. Stay tuned for more news here on Gaming Trend.