Legend of Shara allows you to play as Shara in a new prequel that takes place before the story of Mirai – Tangledeep’s original protagonist. While the core dungeon progression is similar to the main game, the dialogue and bosses are quite different. In this gameplay mode, there isn’t a town, meta progress, or job system. Shara does not gain XP nor levels like Mirai does. Instead, you can spend JP (Job Points) to level up your core stats. By doing so, your XP level increases gradually. 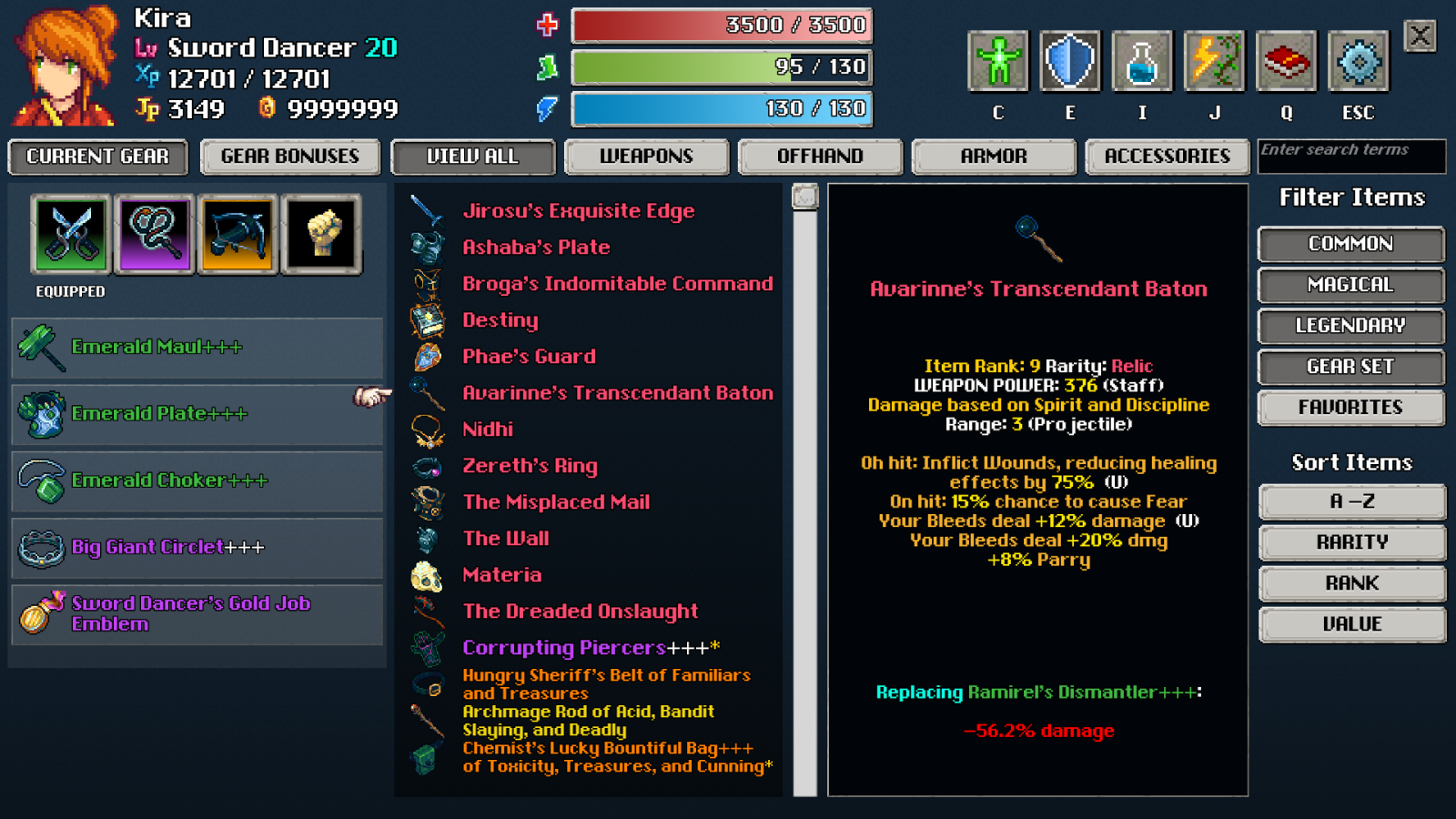 New abilities can be earned in two different ways: opening Pandora’s Boxes, which give an option of three random skills from a pool of all regular job abilities, and resting at campfires, where you can pick from several random abilities as you rest. This story is picked by selecting Shara’s story from the journey select menu. It will also include new unique dungeons, strange new creatures, different scenarios, and relics that are randomly generated from hundreds of existing powers. In addition to this story, the 13th job, the Calligrapher, has been added.

To the Calligrapher, the pen and sword are equally mighty and lethal. Drawing upon ancient writing and runic knowledge, Calligraphers engage their enemies wielding two weapons at once – reading from powerful elemental scrolls, and striking down opponents with furious brushstrokes. This job is focused on attacking and dodging; it’s an all-out offense playstyle that rewards building up huge attacks.

The Legend of Shara expansion will also contain a new level cap from 15 to 20, a new early-game path called Riverstone Waterway with great rewards than Cedar Caverns, a new post-game area called Realm of the Gods, a new character called the Mysterious Wanderer with new dungeons called the Wanderer’s Journeys, runes of knowledge, and more.

Tangledeep’s first full expansion, Legend of Shara, is now available for PC via Steam and GOG for $7.19 after a limited 10% discount. It will head to Nintendo Switch later this year. For more information, visit the Steam page.