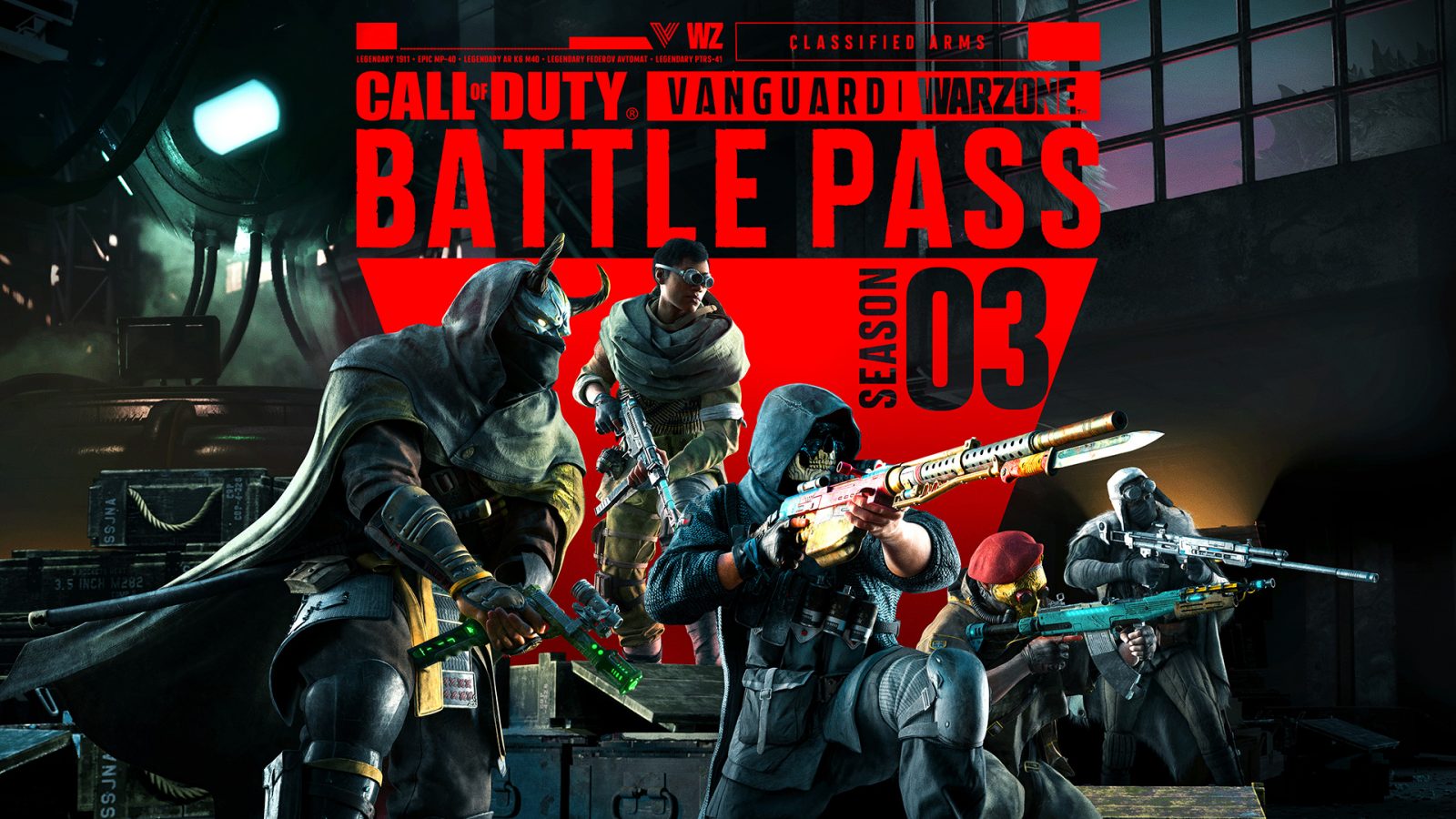 A slew of new updates are heading to Call of Duty: Vanguard and Warfare on April 27th, 2022, including Kong, Godzilla, and Mechagodzilla operator outfits along with free items, Legendary items, and updates to 100 battle pass tiers. You can read the entire announcement on Call of Duty’s blog or you can read below for info on the Kong, Godzilla, and Mechagodzilla operator outfits.

Declassified. Destructive. Prototype weaponry have been discovered in Classified Arms, the third season of Call of Duty: Vanguard and WarzoneTM arriving April 27.

The Season Three Battle Pass for Vanguard and Warzone is bringing out the big guns to handle the monstrous fight ahead, offering dozens of free items, Legendary content, and more across all 100 Tiers.

Although Classified Arms begins on April 27, its in-season limited-time event Operation Monarch is set to bring Kong and Godzilla into the fight on May 11. And it’s time we address the 337-foot-tall gorilla-like titan and the 394-foot reptile in the room: 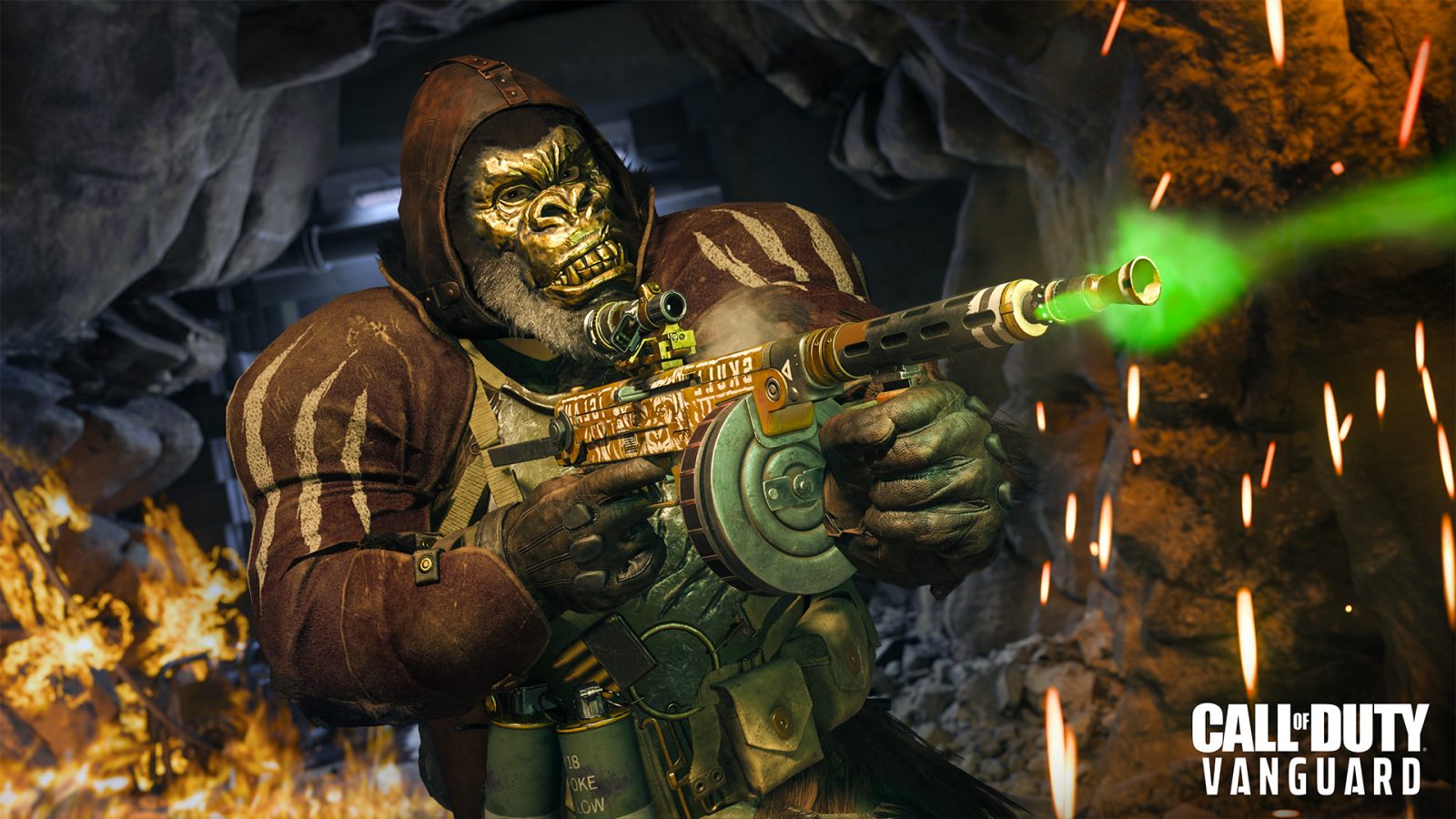 For Operation Monarch, Operators can become more than elite: with the help of limited-time Bundles based on Godzilla, Mechagodzilla, and Kong, they can become a (human-sized version of) the ultimate superspecies.

Ready to rule the island?

The Tracer Pack: Kong Limited Time Bundle celebrates a Titan with nearly 90 years of history with nine items, including a Legendary “Kong” Operator Skin for Wade inspired by the ruler of Skull Island.

Wield the power with three Legendary Weapon Blueprints: the “Temple of Kong” Sniper Rifle and “Skull Island Shaker” SMG which shoot jungle green tracers, as well as “Kong’s Scepter,” a variant of the Axe “Skål Crusher” melee weapon that turns it into the weapon Kong’s ancestors supposedly crafted.

The rest of the Bundle includes items based off Kong: a powerful “Gravity Inversion” Finishing Move, a “Primal Power” Spray, a “Jia’s Doll” Weapon Charm, a “Kong Roar” Animated Emblem, and a Vanguard-exclusive “Watch Your Back” Highlight Intro. 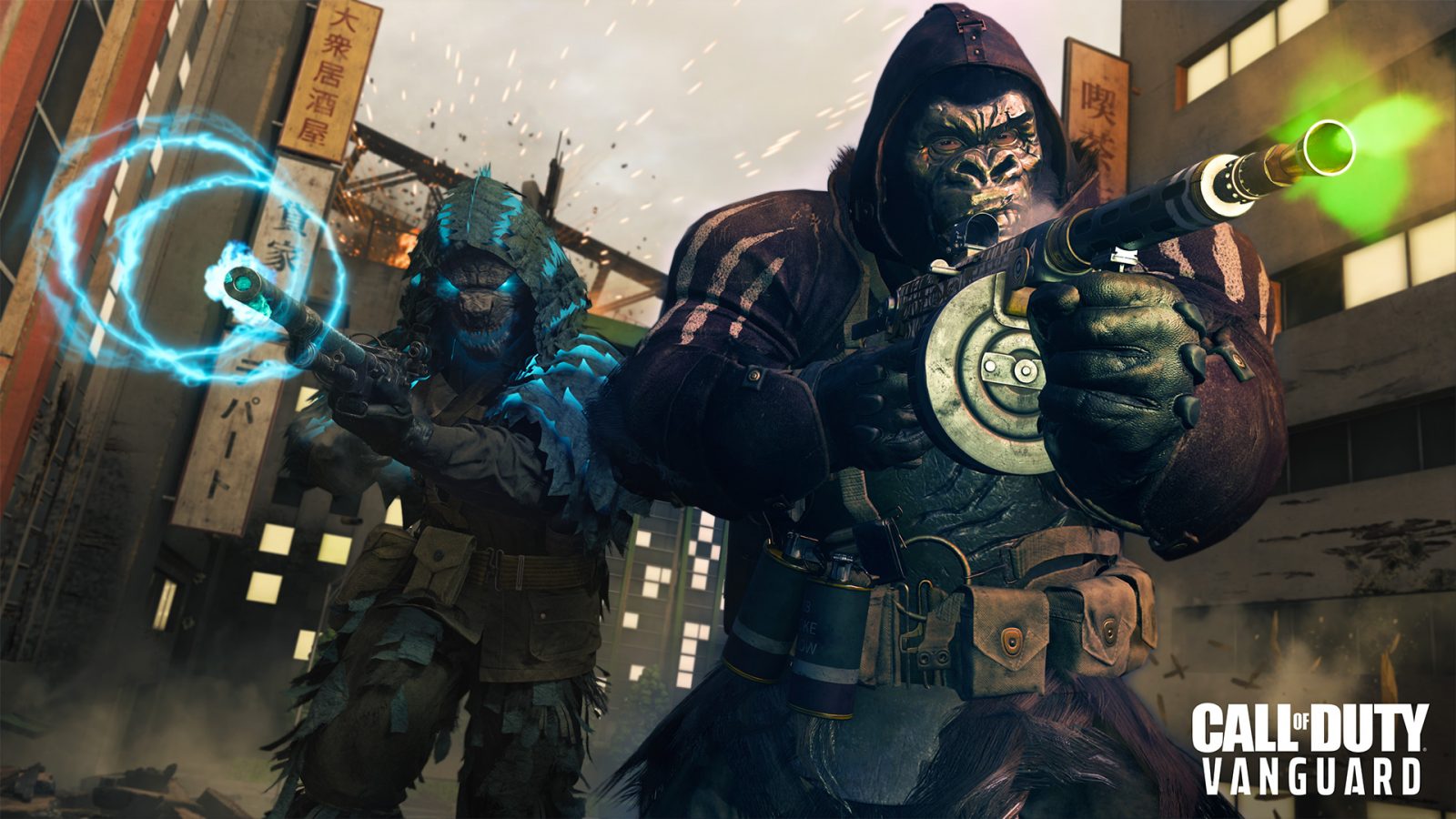 Prepare to intimidate your opponents with the Tracer Pack: Godzilla Reactive Mastercraft Limited Time Bundle, a nine-item pack based on the beloved reptile.

In addition to the Legendary “Godzilla Ghillie” Operator Skin for Shigenori, fans of Godzilla can be like their favorite Titan with the Ultra “Breath of Godzilla” Mastercraft Weapon Blueprint. This Assault Rifle is stylized to look like a miniature version of the beast and shoots icy-blue heat ray tracers similar to that of Godzilla’s signature heat ray attack. 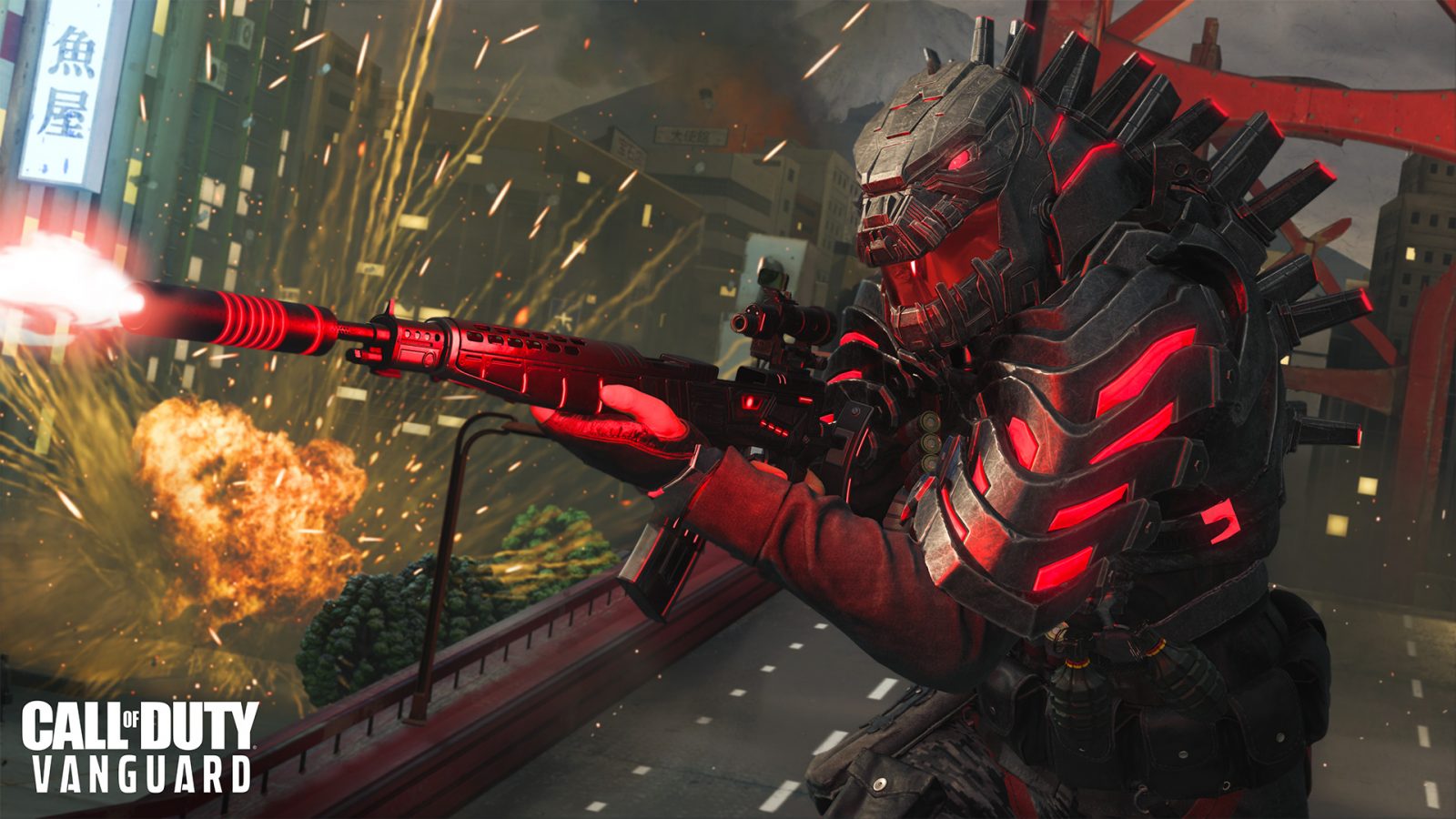 But the Titans are not alone. In a time of monsters, humanity built its own… designed to make us the ultimate dominant species. A precision engineered Apex Predator: Mechagodzilla!

Don its armor and become the apex hunter you were born to be with the Tracer Pack: Mechagodzilla Limited Time Bundle. With this Bundle, you get the Legendary “Mechagodzilla” Operator Skin for Constanze, and nine other items, with two — the “Machine Learning” MVP Highlight and the “Rival Protocol” Highlight Intro — being Vanguard exclusive.

The rest of the items are the finest that Apex Cybernetics could forge: the Legendary “Cybernetic Destroyer” Assault Rifle, the Legendary “Neural Uplink” SMG, the deadly “Nanometal Tail Blade” melee weapon, a “Network Uptime” Watch, “Mechagodzilla Head” Charm, and its very own logo featured as the “Evolving Together” Emblem.

All three Bundles will be available during Operation Monarch — stay tuned for offiial updates on their exact release dates.