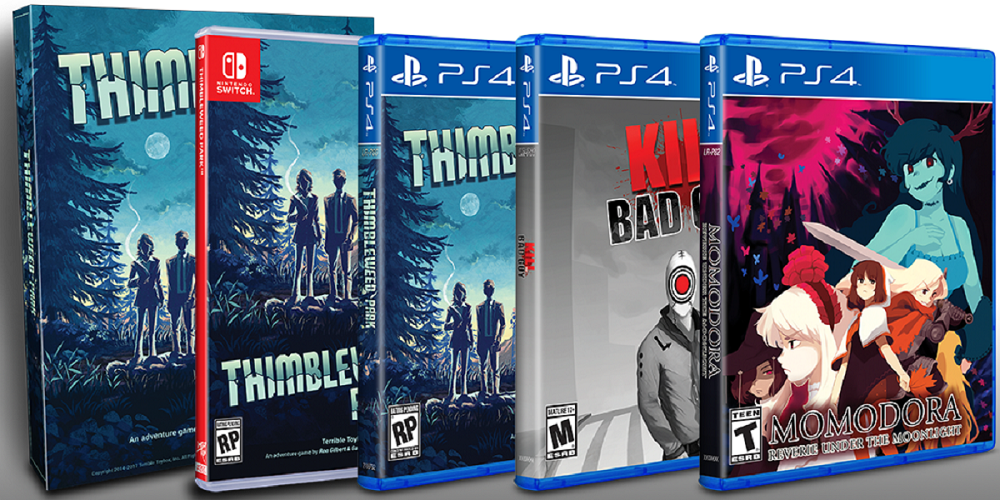 Limited physical editions incoming: Limited Run games has announced that it will release PlayStation 4 physical copies of Kill the Bad Guy and Momodora: Reverie Under the Moonlight, as well as its first physical Switch release of Thimbleweed Park this Friday at 10 AM and 6 PM EST.

Check out our reviews of Thimbleweed Park and Momodora: Reverie Under the Moonlight, and stay tuned for more news here on Gaming Trend.