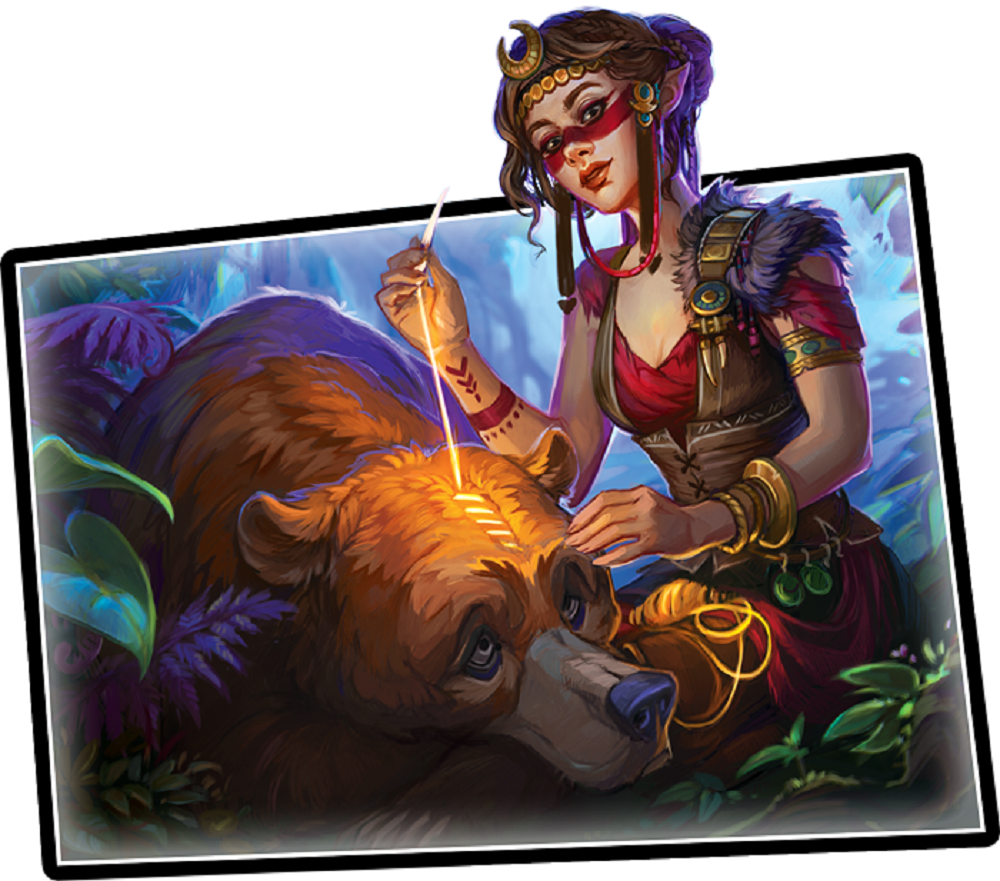 Coming later this year, KeyForge will receive a companion set titled Age of Ascension that will add 204 brand-new cards to the 166 cards already released in the game. While it contains a new set of cards, Fantasy Flight Games assures players that they do not need this new set to stay competitive.

This new set further explores the gameplay of KeyForge with new keywords, restricting when certain cards can be played or freeing others from the constraints of standard placement. For example, the Brobnar are well known for their love of battle and their eagerness to land the first strike. Age of Ascension offers a new tactic for the House with cards like First Blood (Call of Ascension, 7) that feature the Alpha keyword, meaning that they can only be played as your first action during a turn. If you can establish a solid battleline, filled with the greatest Brobnar warriors, First Blood lets you open your next turn with a devastating alpha strike.

On the other end of the spectrum, the darkest creatures of the Crucible gain the power of Omega. The varied beings of Untamed can call upon a Duskwitch (Age of Ascension, 320), while the demons of Dis can make use of an Unlocked Gateway (Age of Ascension, 67) to destroy each creature—but the Omega keyword guarantees that this card must be the last card you play on your turn. While this gateway does not force you to take chains like Gateway to Dis (Call of the Archons, 59), this destructive power still comes at the cost of an opportunity, preventing you from playing any creatures unless you are willing to sacrifice them.

In addition, the new Deploy keyword will change how you build your battleline, allowing a creature with the keyword to be placed anywhere on the battleline. Cards that do not carry over from Call of the Archons can appear as Legacy cards, being placed in new situations for stranger synergies.

The Keyforge: Age of Ascension Starter Set will not include two standardized learning decks and instead includes two unique decks, a Quickstart Rulebook, two paper poster playmats, keys, tokens, and chain trackers. Stand-alone Archon Decks will be available for $9.95 while the Two-Player starter will be available for $24.95. It will be released in the second quarter of 2019. For more information, visit Fantasy Flight Games’ website.