Kena: Bridge of Spirits, which we were quite fond of, is heading to Steam on September 27th, 2022, just in time for its anniversary. The game will also be releasing an anniversary update which will come packed with the Steam version and will be available for free on the PS4/PS5/Epic Games Store. The update includes a New Game+ mode, new charmstones, Kena outfits, accessibility features, spirit guide trails, and more. An announcement trailer can be found above and you can learn more about the Steam release and new update below:

Los Angeles, US, Monday 22nd August 2022 – Almost a year since making its debut on PlayStation and the Epic Game Store to critical acclaim, independent game development and animation studio Ember Lab is excited to announce the forthcoming Anniversary Update for Kena: Bridge of Spirits on all existing platforms as well as the game’s debut on Steam.

The Anniversary Update will be the biggest piece of DLC for Kena: Bridge of Spirits to date when it launches on Tuesday, 27th September, 2022, including New Game+, Charmstones, Spirit Guide Trials, Kena Outfits, accessibility features, and more.

Available for free on PlayStation 4, PlayStation 5, and Epic Game Store, said update will be part of the expanded Kena: Bridge of Spirits also launching on Steam on the 27th of  September for:

“As our debut game, Kena: Bridge of Spirits meant so much to us. We’re really excited to give fans new ways to experience Kena,” says Josh Grier. “One of the features we’re most excited about is New Game+, which will allow players who’ve completed the game to restart Kena’s journey with all of their previously unlocked abilities, upgrades, outfits, Rot, etc. and take on redesigned and more challenging combat encounters.

“We can’t wait to see new and existing players take on the new content!” 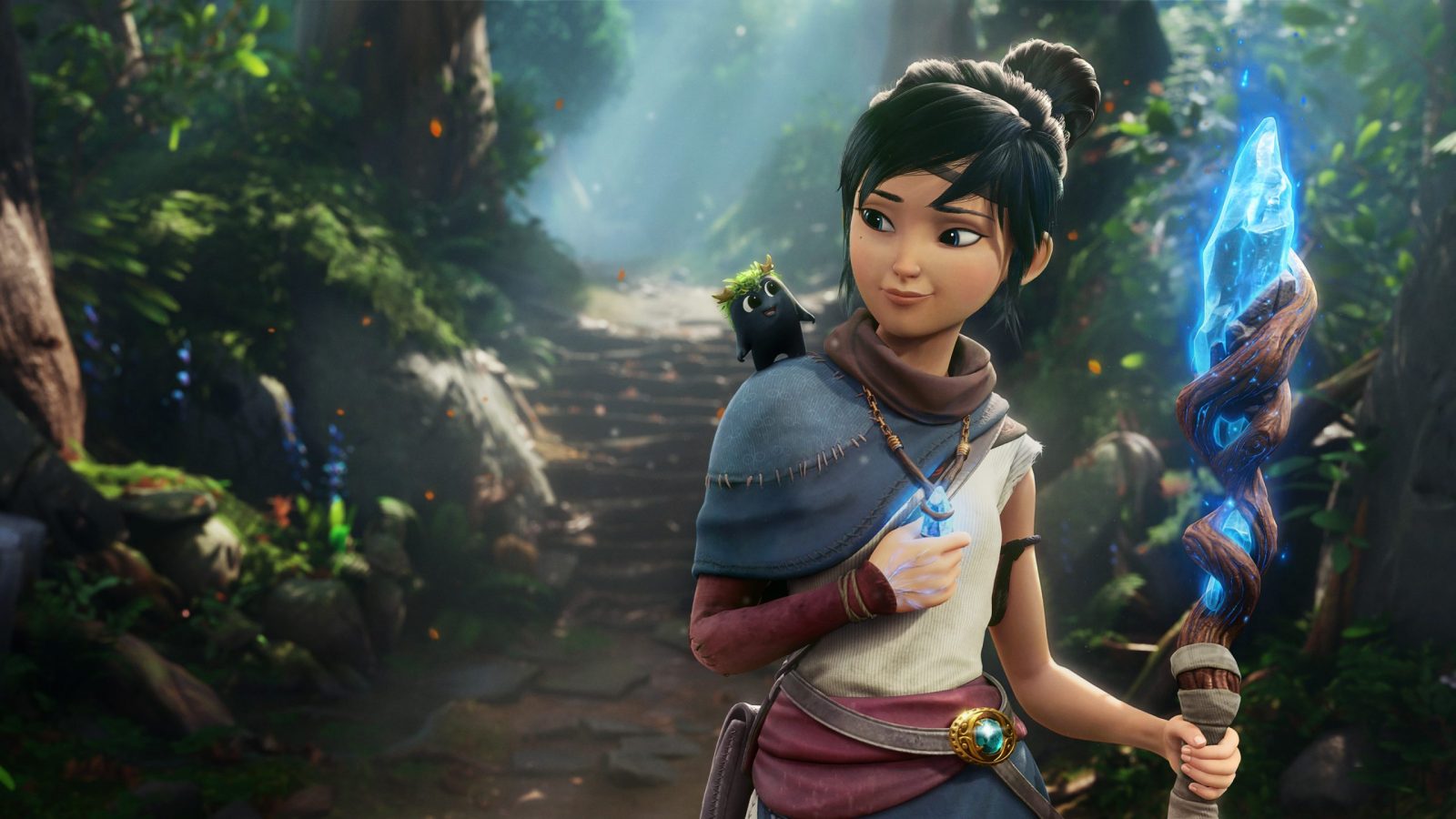 One of the most talked about adventures from an indie studio in recent years, Kena: Bridge of Spirits offers players an action-adventure game that combines compelling narrative with exploration, puzzle-solving, and fast-paced combat. The game delivers a journey of self-discovery as Kena, a young Spirit Guide, restores balance to an ancient village in a once-thriving environment.

The “Anniversary Update” will include:

New Game+, which will allow players who’ve completed the game to restart Kena’s journey with all of their previously unlocked abilities, upgrades, outfits, Rot, etc and take on redesigned and more challenging combat encounters.

Charmstones that are Individually equipable – these unique collectibles each provide different adjustments to Kena’s stats and abilities.

Completing the Spirit Guide Trials unlock outfits for Kena, each one inspired by one of the characters she meets along her journey. Succeeding at bonus objectives within each trial can unlock color variations of each outfit, as well as some unique Charmstones.

Kena: Bridge of Spirits will release on Steam on Tuesday, September 27th along with the Anniversary Update, free for all owners.