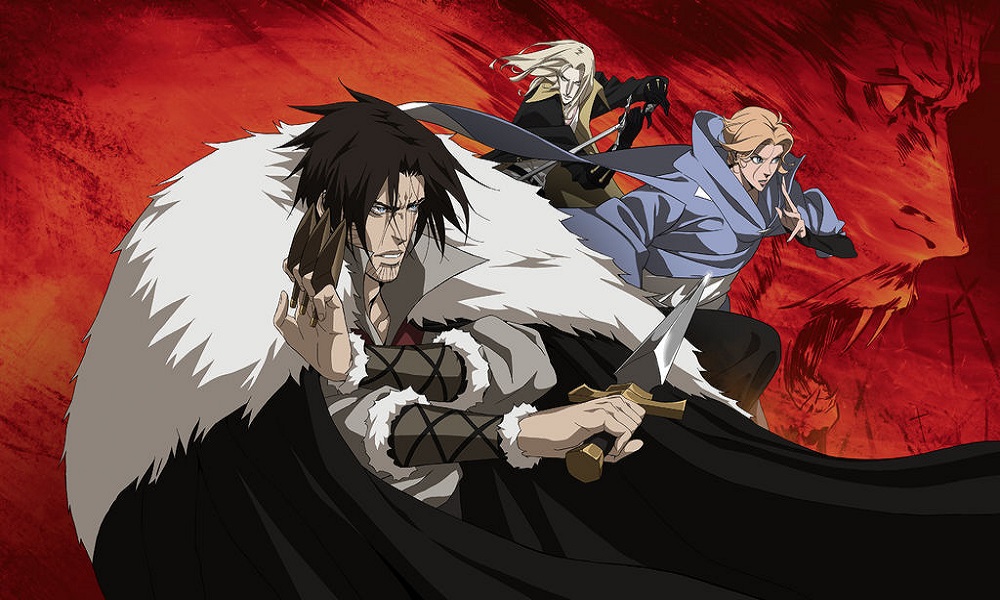 While we’re patiently waiting for season 2 of the Netflix original Castlevania series, Viz Media announced during San Diego Comic-Con that it has acquired the rights for home video distribution of the first season of the show. The company also announced that this is in partnership with Frederator Studios.

VIZ Media announced the acquisition of CASTLEVANIA during its official panel held this past weekend at Comic-Con International, one of the nation’s biggest annual pop culture conventions. VIZ Media has acquired home media distribution rights to the American anime-influenced series, which is produced by Frederator Studios. CASTLEVANIA Season 1 has streamed to wide acclaim on Netflix.

Inspired by the classic video game series, CASTLEVANIA is a dark medieval fantasy following the last surviving member of the disgraced Belmont clan, trying to save Eastern Europe from extinction at the hand of Vlad Dracula Tepes himself. In Season 1, Trevor Belmont, embittered and excommunicated, finds himself drawn into a battle for the survival of Europe – a region that has brought doom upon itself by taking away the one thing its greatest monster loved.

“We are very excited to announce VIZ Media’s acquisition of the CASTLEVANIA animated series,” says Brian Ige, VIZ Media’s Vice President of Animation. “The series has drawn a wide following and we look forward to giving new and existing fans the opportunity to add this adventure to their personal collections.”

Stay tuned for more Comic-Con news (and keep an eye out for more Castlevania goodness!) here on Gaming Trend.