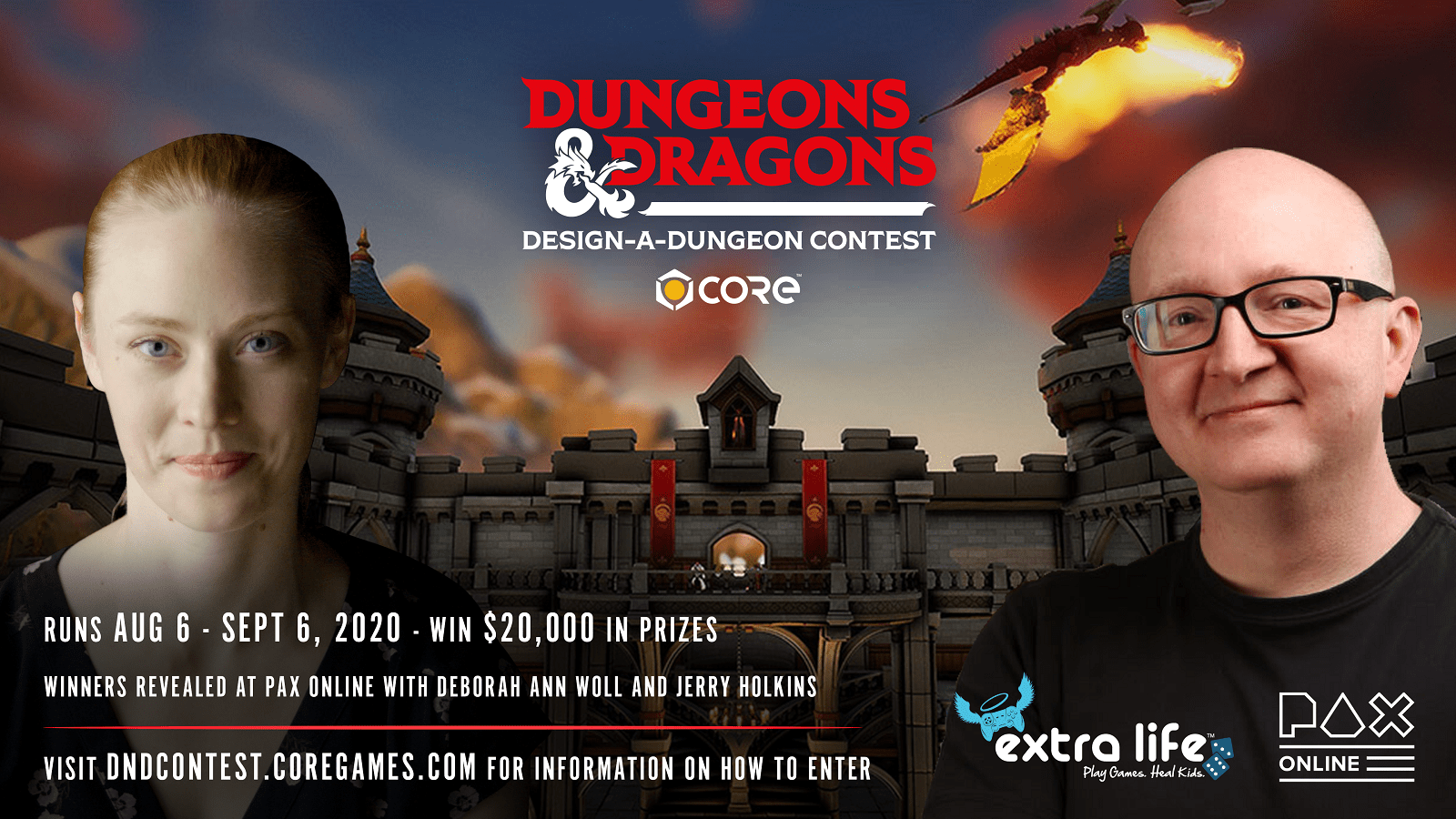 Are you a storyteller that can’t wait for weekly game nights with your D&D pals? Manticore Games and Core, a new User Generated Content platform, have recently announced that they will hold multiple Dungeons & Dragons Design-a-Dungeon contests from now until September 6. With each entry submitted, the company will donate $100 to Extra Life, and budding DMs can experience the wonderful world of Core, all while competing for a $20,000 prize pool.

Manticore Games is challenging Dungeons & Dragons fans to build the ultimate fantasy adventure with Core, the new User Generated Content (UGC) platform for playing and creating games. Contestants will be eligible to win $20,000 in prizes for creating games and adventures in four themes: strongholds, the wilderness, elemental planes, and of course dungeons. For every entry, Manticore Games will be donating $100 to Extra Life up to $10,000. The Dungeons & Dragons Design-A-Dungeon Contests will run until September 6.

All of the games and explorable worlds created during the contests will be revealed live and playable for free during a special PAX Online storytelling and gameplay panel. Some of D&D’s most notable adventurers and experienced Dungeon Masters—including Acquisition Incorporated’s Jerry Holkins, Relics & Rarities’ Deborah Ann Woll and more—will reveal and play the winning D&D creations from the contests and tell the tale of their most epic D&D adventures live from inside Core.

Currently in Open Alpha, Core is already leading a disruption in game creation, much in the same way YouTube and Twitch changed video and streaming. Core’s multiverse of games is growing daily, as a new generation of creators, many without prior game development experience, contribute multiplayer games and beautiful explorable worlds that are connected through portals. Now with Core creators turning their attention to the world of D&D, all fans of fantasy and adventure will be able to embark on grand quests when a wave of new D&D inspired games and worlds arrive on Core this September.