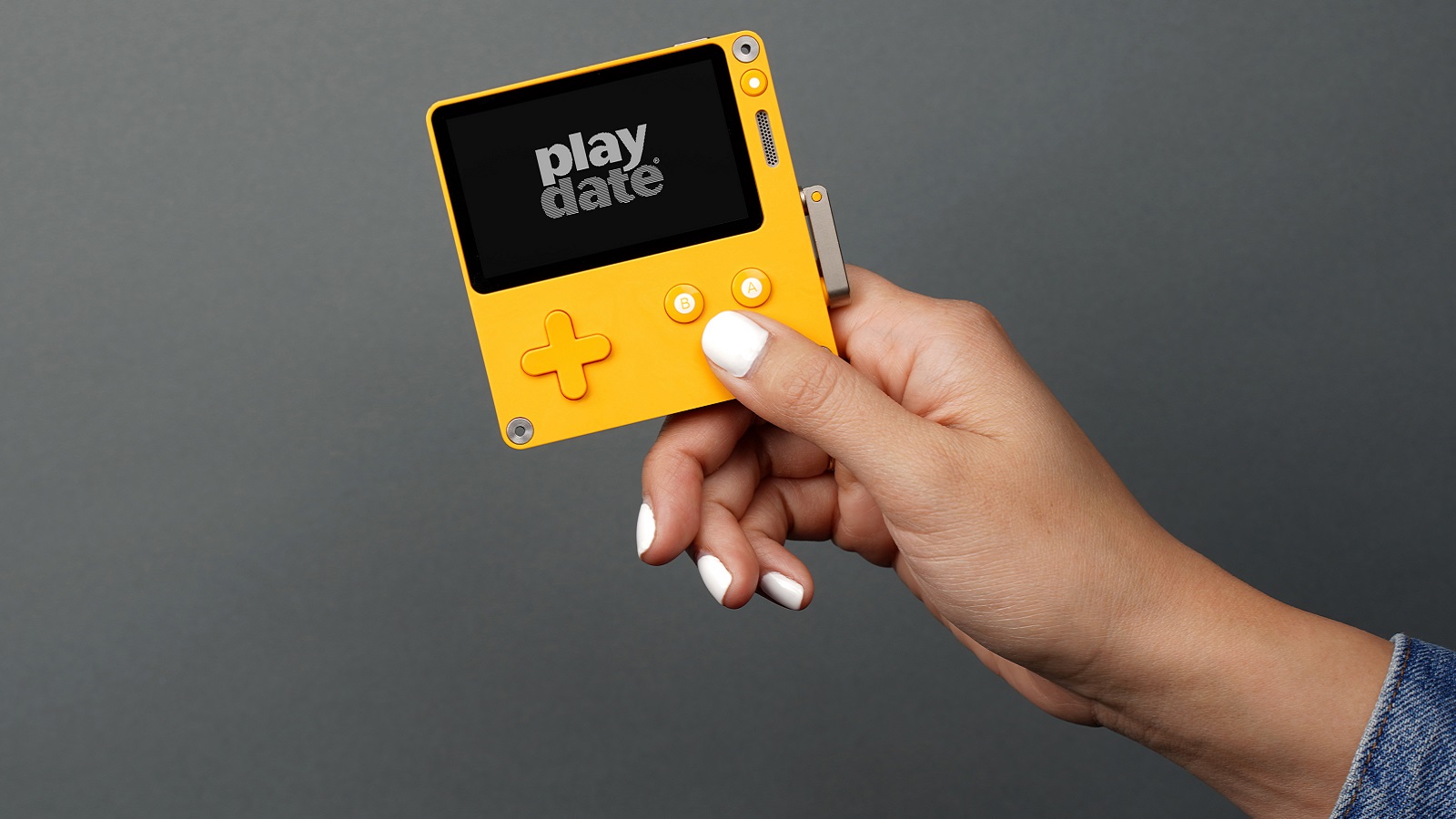 Yesterday, Panic unveiled its newest hardware endeavor, its compact mini handheld known as the Playdate. The system will come out sometime next year with a price point of $149, and will come with exclusive games as well as a unique crank handle which players can use to control supported titles.

After more than 20 years of making quality apps for Mac and iOS, Panic was, frankly, ready to try something new. Our first attempt: jumping into videogame publishing with Firewatch in 2016 and Untitled Goose Game later this year. That’s felt great. But we wondered: what if Panic tried something really different?

Today, after more than four years of work by a small and talented team, Panic is extremely excited to introduce Playdate, a brand new handheld gaming system.

Playdate is both very familiar, and totally new. It’s yellow, and fits perfectly in a pocket. It has a black-and-white screen with high reflectivity, a crystal-clear image, and no backlight. And of course, it has Wi-Fi, Bluetooth, USB-C, and a headphone jack. But it also has a crank. Yes, a crank: a cute, rotating analog controller that flips out from the side. It’s literally revolutionary.

There’s more: Playdate includes games — a full season of them. The games will be delivered over-the-air, once a week for 12 weeks, and they’ll be a surprise: when the new game light flashes, you’ll never know what you’re about to play. Panic recruited some of the world’s best game designers — some well known; others under the radar — to make games exclusively for our system. Playdate isn’t just hardware: it’s a complete experience. 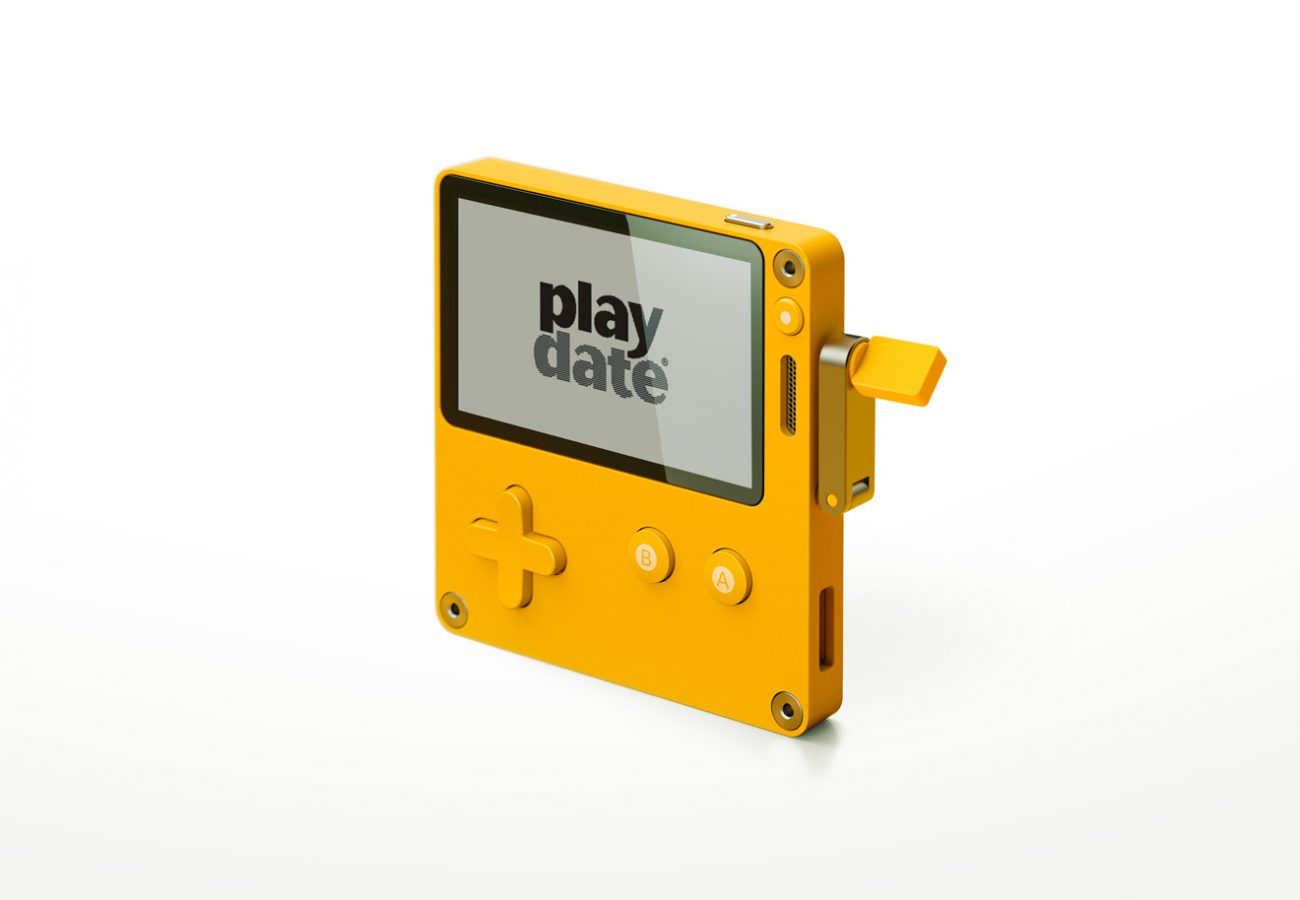 Today, Panic is revealing one of these original Playdate games: Crankin’s Time Travel Adventure, from Keita Takahashi, the creator of Namco’s Katamari Damacy. This game uses the crank exclusively to control the flow of time, backwards and forwards. Your goal? Get Crankin’ to his date with Crankette while avoiding an ever-increasing series of ridiculous obstacles — obstacles that aren’t affected by the time control. Will Crankin’ make it to his rendezvous on-time? (Spoiler alert: no)

Panic built every part of Playdate from scratch, starting with early board designs (using the hotplate in our kitchen to flow solder), our own Playdate OS, a full-featured SDK supporting C and Lua development, a Mac-based simulator and debugger, and more.

We then brought Playdate to one of our favorite companies on the planet — Teenage Engineering, the Stockholm-based creator of synthesizers and so much more — to begin a cross-company collaboration, designing and engineering Playdate’s look. They came up with the crank!

Playdate will be revealed to the public on the cover of Edge magazine issue #333, hitting the newsstands in the UK and available for online purchase on May 23rd. Covering “The Future of Interactive Entertainment”, Edge has a rich history of celebrating the best of the gaming medium, and will offer an in-depth look at the creation of Playdate, including interviews with some of the developers.