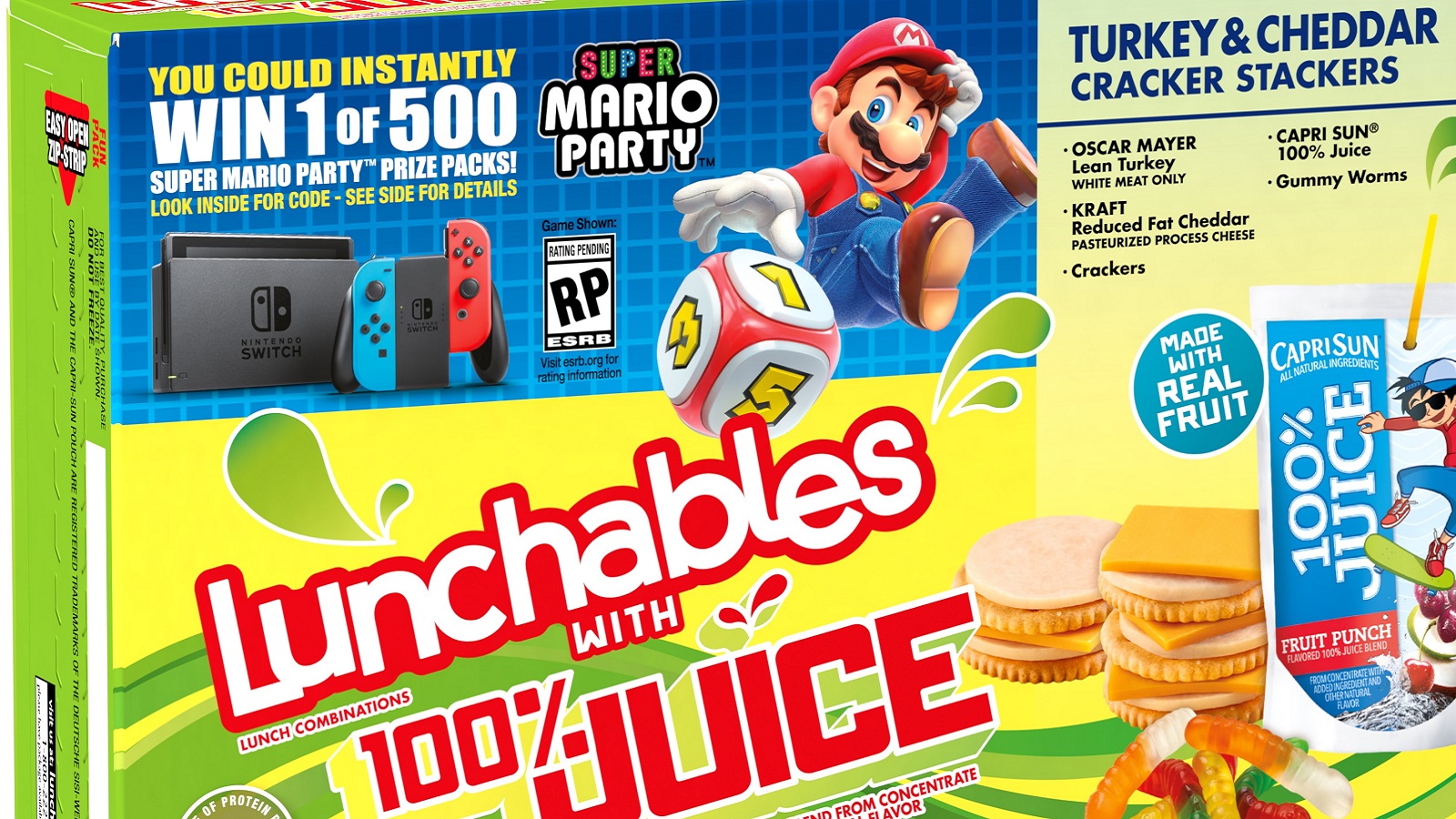 Just in time for Friday’s Nintendo Switch release of Super Mario Party, Lunchables and Nintendo have announced that they will release Mario-themed Lunchables containers starting today until December. In addition, there will be a competition where some lucky fans will receive one of 500 Super Mario Party prize packs, which will include a Switch and a copy of the game, among other things.

Timed to kick off with the launch of the Super Mario Party game for the Nintendo Switch system on Oct. 5, the promotion adds imagery of the iconic characters from the game to select Lunchables packaging on store shelves across the U.S. Plus, Lunchables is giving fans the opportunity to win special Super Mario Party prize packs throughout the delicious promotion, which lasts through December.

“This partnership with Lunchables is another exciting way for us to expose even more people around the country to the world of Nintendo,” said Doug Bowser, Nintendo of America’s Senior Vice President of Sales and Marketing. “This program is a perfect opportunity to kick off the celebration of Super Mario Party by combining the game’s love for unpredictable fun with Lunchables’ love of letting kids make their own fun with their favorite foods.”

“We are excited to bring Lunchables and Nintendo – two iconic, kid-favorite brands – together with this promotion,” said Greg Guidotti, Head of Marketing for Oscar Mayer. “Lunchables is all about bringing mixed-up fun to lunchtime, making it a perfect fit with the endless multiplayer fun of Super Mario Party.”

Along with the on-pack promotion, each Super Mario Party branded Lunchables box will contain a unique code to give fans a chance to instantly win one of 500 Super Mario Party prize packs in an online sweepstakes*, making lunch an even more rewarding experience. By visiting http://www.Lunchables.com/MarioPartySweepstakes, fans of Nintendo and Lunchables can enter for a chance to win a Nintendo Switch system, the Super Mario Party game, an extra pair of Joy-Con controllers, a branded Nintendo Switch carrying case and My Nintendo points. Specially marked packages of Lunchables Fun Pack and Lunchables with 100% Juice are available on store shelves nationwide now through December – just in time for the holidays.