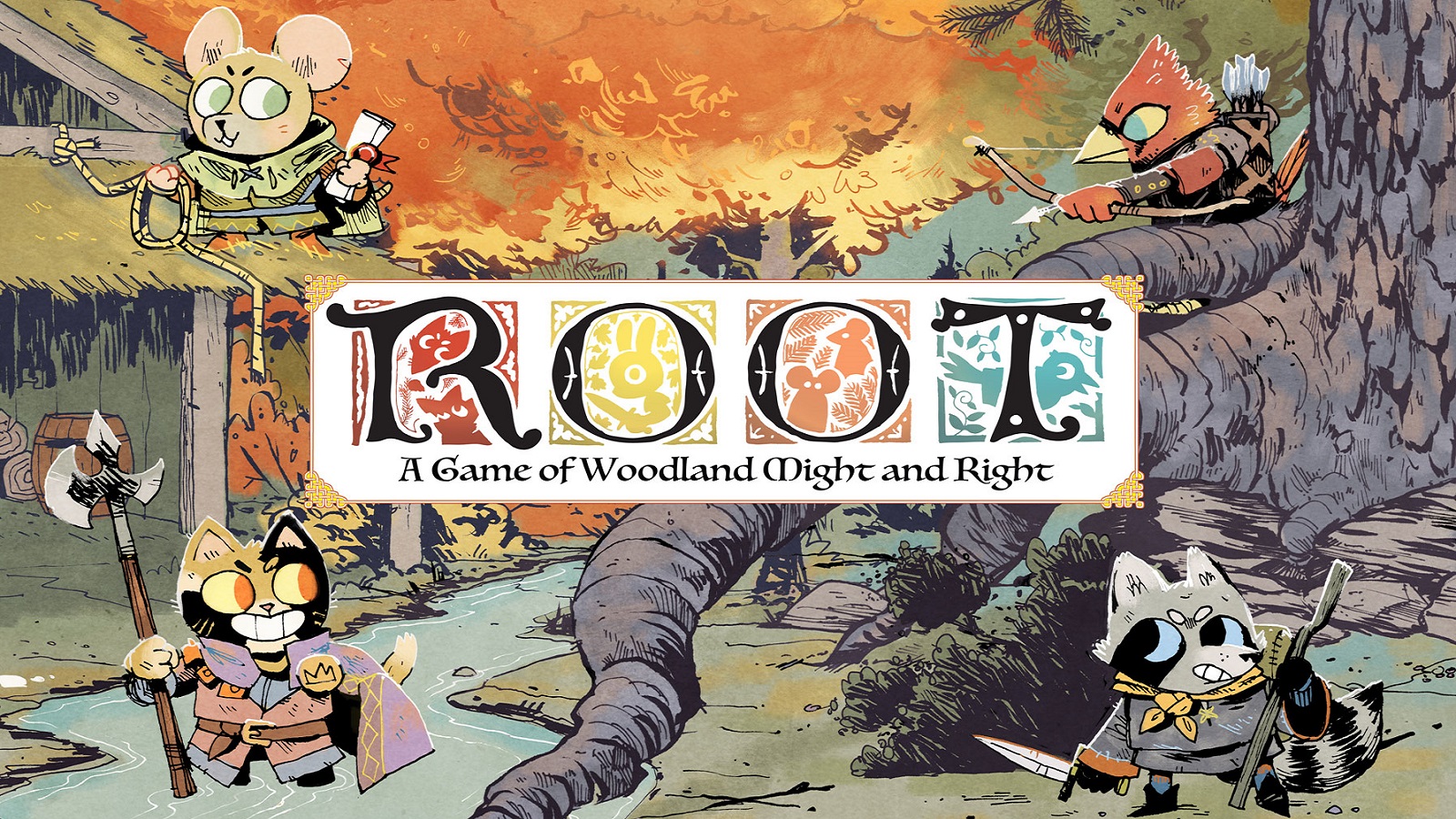 Yesterday, Leder Games announced that it will hold a Kickstarter campaign for the second expansion of Root: A Game of Woodland Might and Right on March 14. Entitled Root: The Underworld, the expansion will include two new animal factions to control and two new maps on which to play as well.

Introducing Root: The Underworld, a new expansion pack for Root: A Woodland Game of Might and Right. This pack provides two new asymmetric factions to mix and match with current Root content for new player dynamics, as well as two new maps with new map-specific rules.

The Crows, “The Corvid Conspiracy” – Espionage masters, they will have a smaller presence on the board. They score points by manipulating the other player’s hands.

The Moles, “The Great Underground Duchy” – An ancient kingdom ascending to the surface. The Moles like the Cats, Birds, and Lizards will be about putting large amounts of Warriors on the map, while controlling clearings.

The Mountain Pass Map – Battle for control of a couple of mountain passes.

The Lakeside Map – Battle around a lake.