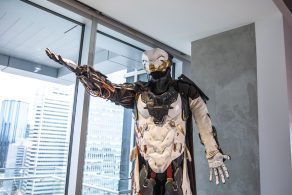 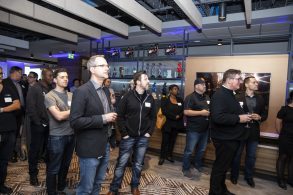 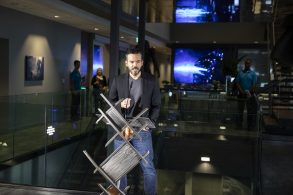 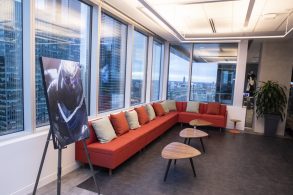 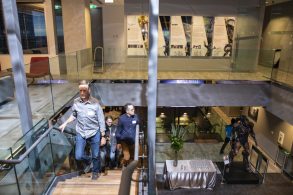 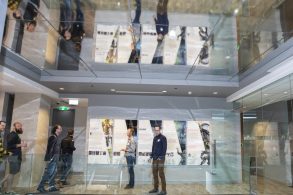 Today, BioWare Edmonton announced that the studio has moved into a new facility located in EPCOR Tower. The new location is part of an initiative to revitalize the city’s friendly status across Canada and the world, and will help the staff acclimate to new challenges with future game development.

BioWare Edmonton recently moved into their new, state-of-the-art facility in Edmonton’s EPCOR Tower. The studio was designed from the ground up to optimize the work of game development, offering significant improvements to the team’s efficiency and quality of life at work.

The concept and design of the new office space is inspired by BioWare’s games Mass Effect, Dragon Age, Star Wars Knights of the Old Republic and Anthem. Among the advanced multiplayer demo rooms and arcade filled with retro and new games, the space also includes Artifact nooks throughout as well as life sized Javelins, and a real Cypher Pod.

Recently, BioWare had an opening ceremony where Edmonton Mayor, Don Iveson, and Edmonton’s Minister of Service, Nate Glubish expressed their excitement for the future revitalization of downtown Edmonton and how BioWare will play an essential role in creating a tech hub and increasing the city’s attractiveness.