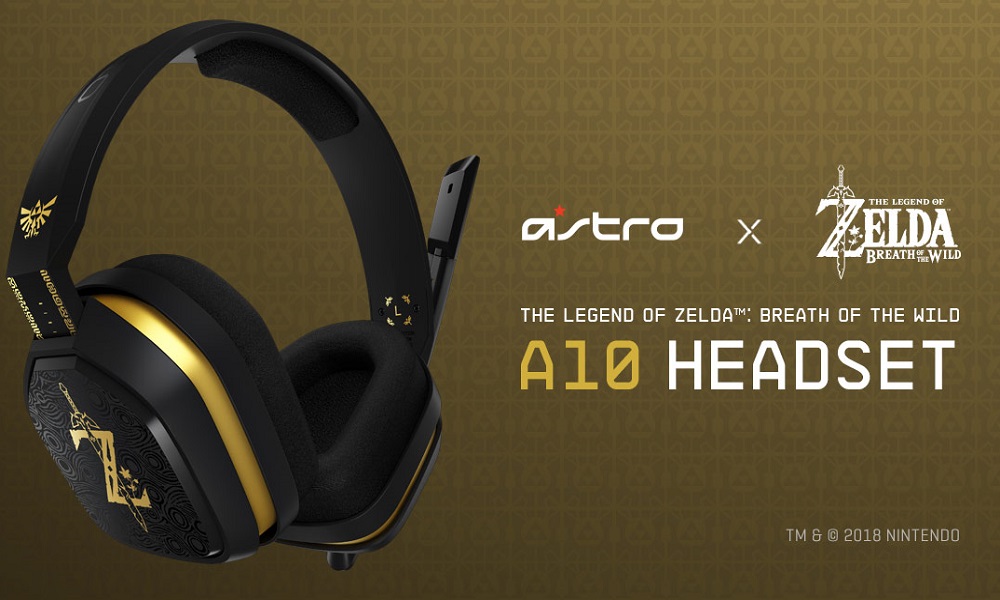 Today, ASTRO Gaming announced that it will release its first product based on a partnership with Nintendo, the Nintendo Switch A10 Headset, later this year. The wired headset will be previewed during E3 on June 12 through 14.

ASTRO’s new Zelda-themed Nintendo Switch A10 Headset is the first product resulting from a partnership with Nintendo that will see ASTRO develop a variety of special edition headsets, speaker tags and accessories celebrating some of Nintendo’s most iconic characters and franchises, including The Legend of Zelda™, Super Mario™ and more.

“With our new wired headset for the Nintendo Switch, we celebrate the iconic gaming experience that The Legend of Zelda: Breath of the Wild delivers to a new generation of gamers,” said Cris “Soup” Lee, head of licensing & partnerships, ASTRO Gaming. “We worked closely with Nintendo to create a stylish, uncompromising audio experience, with a special new chat adapter designed specifically for the Nintendo Switch. With the Nintendo Switch Online smartphone app, players can chat with their friends while playing compatible games at home or on the go.

While the Nintendo online service will officially launch in September, we’re excited to get our swag on with this new headset, which will be available later this year. Stay tuned for more news here on Gaming Trend.