Today during an Earth Day livestream, E-Line Media announced the release for its upcoming simulation game Beyond Blue, which will be released for PlayStation 4, Xbox One, and PC on the week of June 8. This coincides with World Oceans Day, which will occur then.

Across multiple dives, Beyond Blue draws players into a science-driven adventure that is a meld of E-Line Media’s gaming expertise and the incredible insight from scientists like Dr. Samantha Joye, one of the foremost oceanographers in the world. Beyond Blue is also inspired by and features content from Blue Planet II. The latest gameplay trailer gives players a glimpse into the beautiful adventure ahead of them. 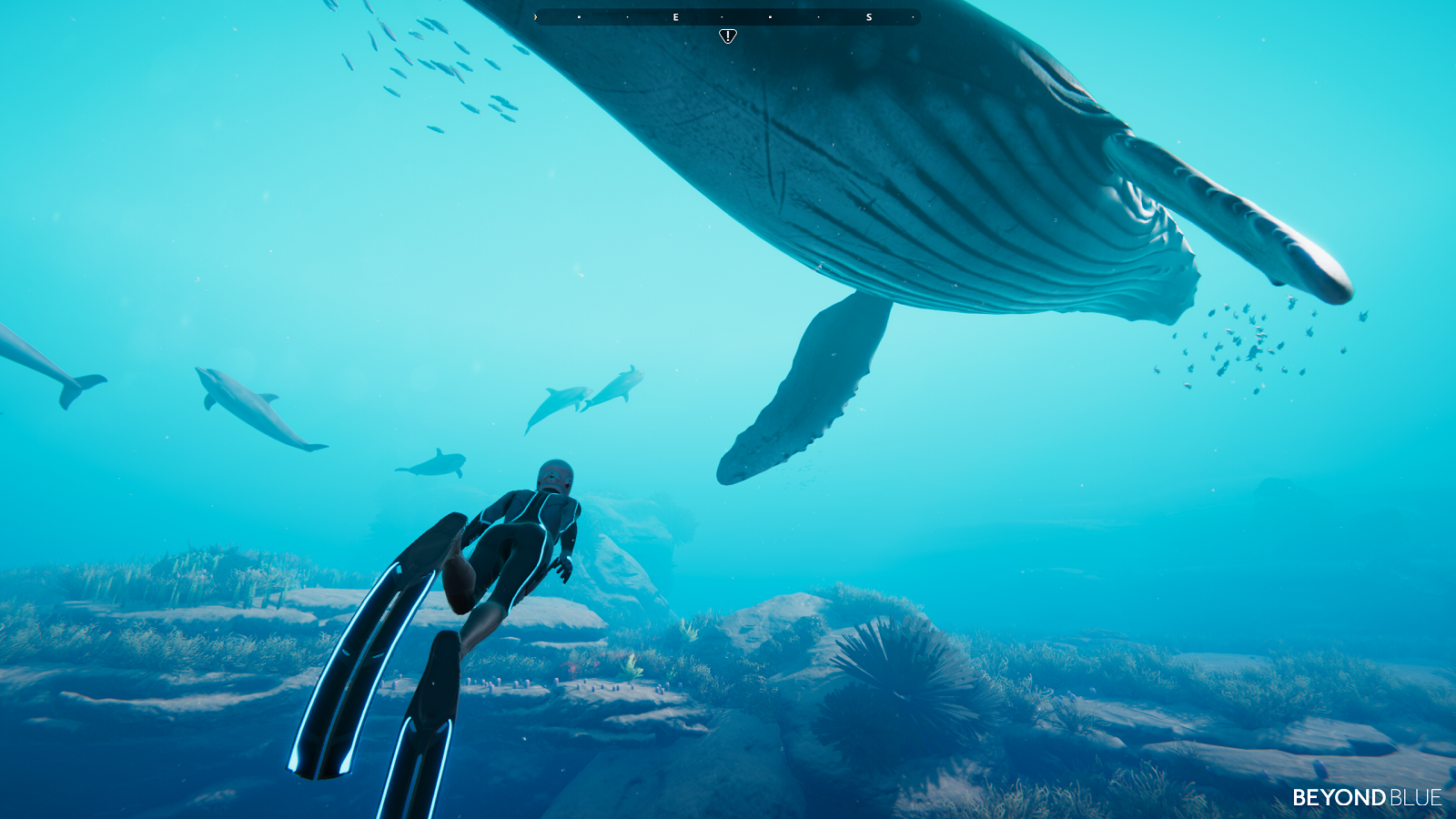 “We are extremely excited to share Beyond Blue with everyone,” said Michael Angst, CEO, E-Line Media, Creative Director for Beyond Blue. “We have taken care to craft a visual and audio experience that immerses players in the beauty of the ocean and the amazing creatures that inhabit it, while hopefully doing so with some interpretation and artistry.

Players will explore diverse environments ranging from a sun-dappled, oasis-like atoll down through the gauzy blue ‘twilight’ zone where only the faintest amount of light reaches to the midnight of the abyssal zone, where rarely seen creatures produce their own light in an environment otherwise devoid of light.”

Beyond Blue features eight unique dives where players will use advanced technology to document the different species they encounter, track changes to the ecosystem, and unravel the mystery of a pod of whales that have experienced a brand new addition to the family. As you listen to their beautiful songs, there’s something disrupting their environment and you’re going to get to the bottom of it.