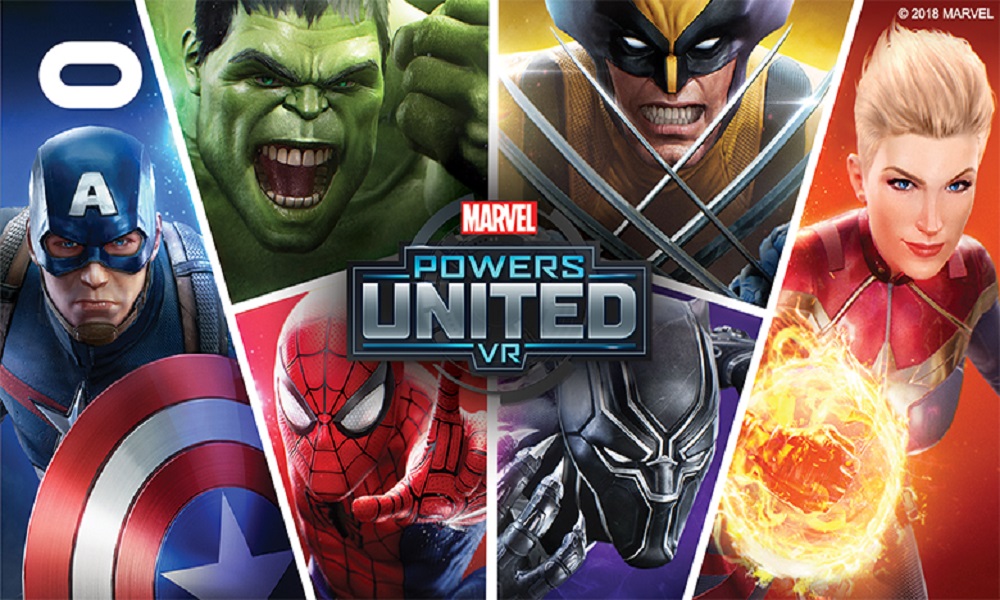 Today at the San Diego Comic-Con, Sanzaru Games and Marvel released a new trailer for the upcoming Marvel Powers United VR game for Oculus Rift. In addition, the developers have announced that a special Marvel-branded headset retail bundle will be available when the game launches on July 26.

MARVEL Powers United VR is a co-op multiplayer title from Oculus Studios, Marvel Games, and Sanzaru Games where players choose from an epic roster of 18 playable characters—from Deadpool and The Hulk, to Gamora and Star-Lord, Captain Marvel and Rocket Raccoon—to battle 8 villains across 10 rich and iconic environments, as inspired by the Marvel Super Hero universe. Using Touch controllers, players wield their Super Heroes’ amazing abilities, blasting enemies with photon beams or slicing away with dual katanas, to name a few.