Today, Hörberg Productions announced that it has released its next run-and-gun title Mechstermination Force on Nintendo Switch today. A frantic boss-rush action title, players will have to defeat a gauntlet of 14 different bosses in order to save the day.

Directed by Bertil Hörberg, creator of the critically acclaimed Gunman Clive series, Mechstermination Force is an action platforming boss rush experience that will have you blasting giant mechs to kingdom come. Shoot your way through 14 massive bosses, each one a completely unique run and gun platforming challenge. Each boss will need to be jumped or climbed on while avoiding their attacks. Damage their armour and shields with your blaster to expose their weak points, then deliver the killer blow with you melee weapon attack. With awesome upgrades to your weapons and cool items like the Magnet Gloves and Boost Boots, Mechstermination Force is an intense and varied boss rush extravaganza that will surprise and challenge players alone or with a friend in local co-op. 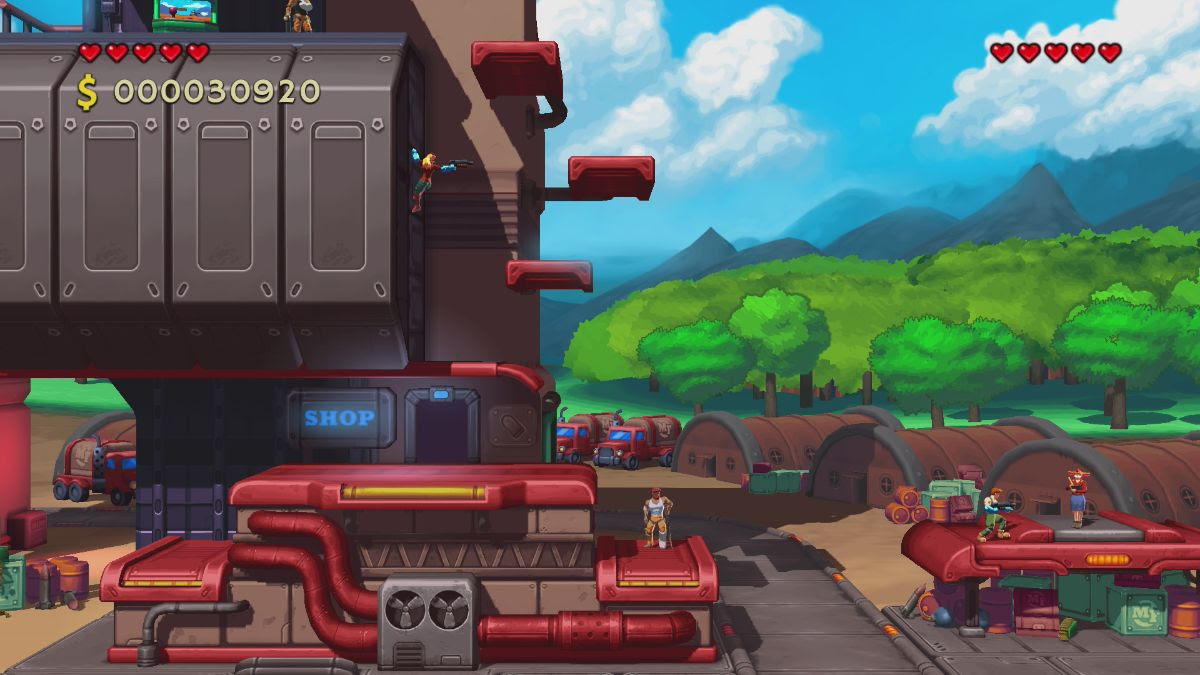 Built on Hörberg Productions’ custom engine with beautiful 3D graphics featuring hand-painted textures, running at a silky smooth 60fps at a resolution of 1080p docked or 720p in handheld mode and featuring 2 player co-op in all control configurations, Mechstermination Force has been built and optimised from the ground up for Nintendo Switch.

“Making it so each enemy in Mechstermination Force could function as both a boss fight and a platforming level was quite the creative challenge, but I’m very proud with how turned out,” said Bertil Hörberg, Director of Hörberg Productions. “I think its combination of influences from the classic run and gun to more contemporary titles has resulted in a game that plays unlike anything else out there. I’m thrilled that Nintendo Switch players will finally get a chance to check it out!”