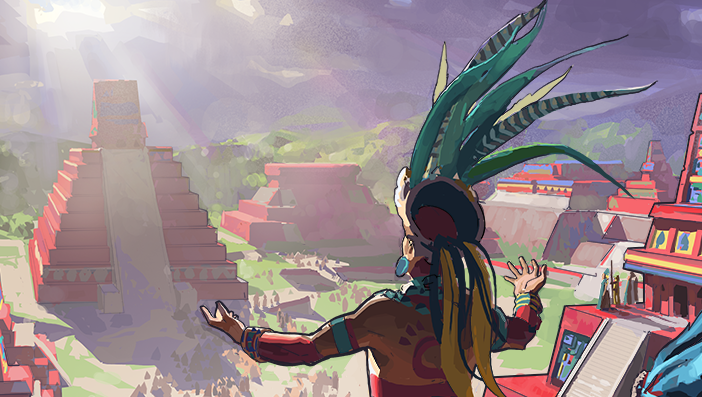 Humankind is a 4X, civilization building game, where you build a civilization from its inception, at the earliest era of humankind, and mold it into a thriving and cultivating culture. You will choose from 60 different cultures and play through 6 eras to shape a completely new civilization. Much has gone into this game as it takes some deep thinking and understanding of history and culture. I had the pleasure of speaking with the Studio Head & Creative Director of Amplitude Studios, Romain de Waubert.

Gaming Trend: Thank you and Amplitude studios for this opportunity. With the transition from the other games that Amplitude has made, what was the motivation behind Humankind’s inception to what I played yesterday?

Romain de Waubert: It’s a game that we wanted to do when we created Amplitude. It was the reason for creating Amplitude, but we knew it was too ambitious at the time because it covers 6-7 years of history. So, we learned how to make 4X games. We knew it was a long time since there was a good 4X game, so we learned through our other games, and it was a way for Amplitude to experiment with game mechanics, terrain, space, and more. It was a lot of learning and it was a fascinating journey. We had to immerse the players so that they could believe the universe they were in. With Humankind, we had history to use as a foundation. The inception itself started 10 years ago with the overall idea. We had two overall ideas to play with. We started working on it with a couple of people in 2016, but most of the team started after shipping Endless Space 2 in 2017. And then the other concepts we wanted to cover were the idea of history and civilizations, and when we look at other cultures, we are a succession of other cultures and people that created the riches of who we are today. 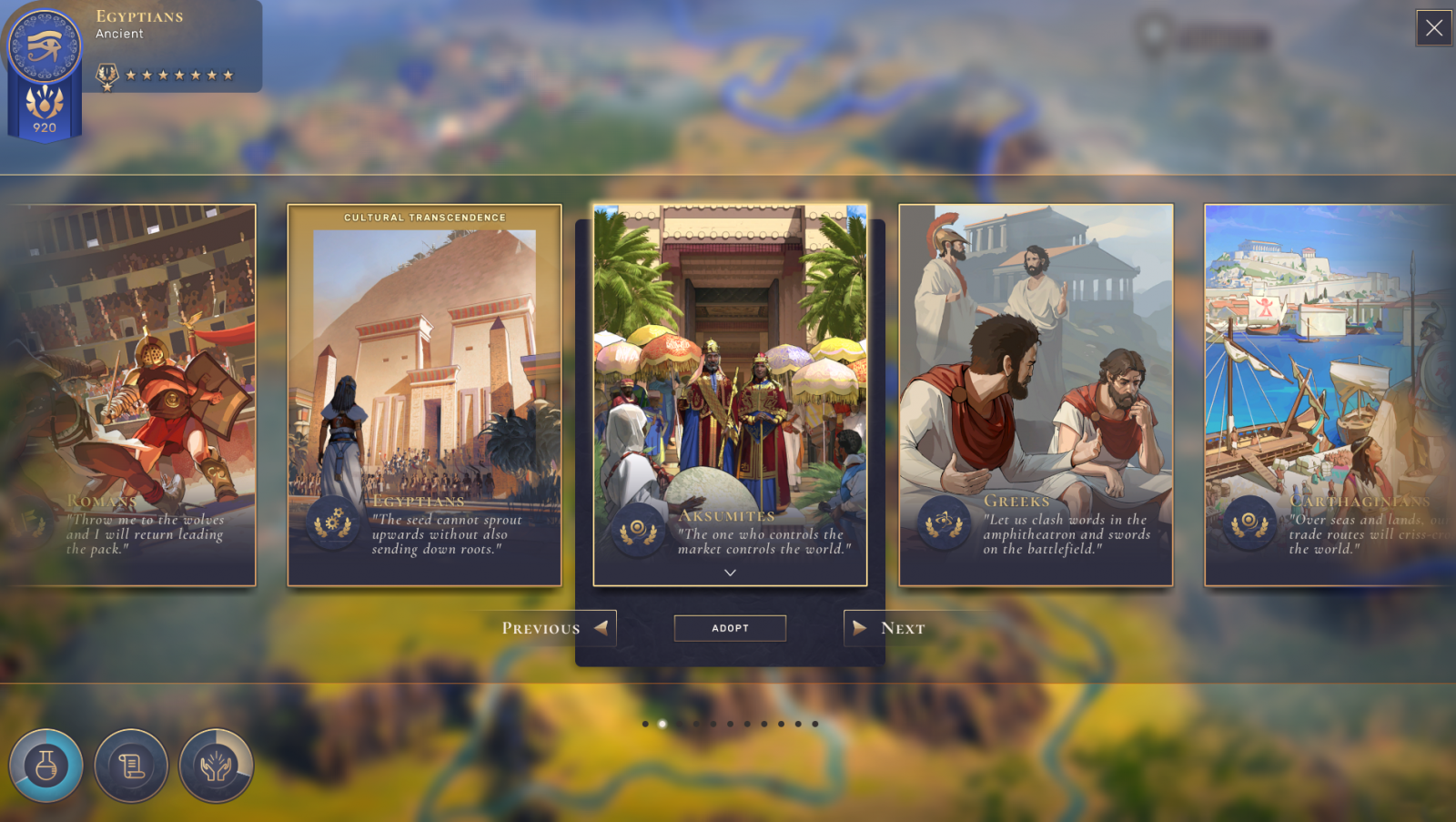 Gaming Trend: That ties into another question I had regarding other cultures. Was there a lot of research into learning about other cultures and religions and putting that in the game? But also allowing players to create their own.

Romain De Waubert: So, for the research part, everything that you see in the game is very historical. We have a full-time historian at Amplitude that joined us for the game, and he grew his team, his historians around him to help him to go for more specific research that was needed. Everything that you look at, even the art, we want emotions in it. Elements in the scenes are plausible and realistic. Everything that you look at is realistic. Sometimes you have a few arts that can be mistaken or odd cultures meeting. Sometimes they can be inspired like Chinese merchants going to Ancient Egypt, but it’s extremely rare occasions, but thought it would be really cool to show that, and to show the mix of cultures and civilizations. And so, everything you see in the scene is accurate as we imagined. Every culture has been researched. We try to explain this to the player through a wiki, that the knowledge we found we wanted to share.

Gaming Trend: As far as the world itself that they will be playing in, how expansive is the world as they go out and venture and interact with different cultures and different people?

Romain De Waubert: So, um, the game is absolutely huge. Just to give you a taste: 60 cultures, 6 eras, um, so that’s a lot of unique buildings and communities, wonders, and civics. We also had to look at organizations, social organizations that we had in the world and in history. Some that aren’t as obvious, but we wanted to show these to players that these choices were possible. That’s what some cultures and civilizations had to do – go in one direction or another. So, we wanted to ask the player that.

Gaming Trend: As far as the mechanics in the game: farming, keeping your civilization and growing that civilization, what pushed the idea for realism? How far do the systems go as far as connecting and relying on each other and working in a system?

Romain De Waubert: Well, um, there’s no short answer to that, so I’ll try and be as concise as possible. There’s one thing about the systems – systems on one side and realism on the other. Systems is a long one. Realism is a bit faster. We want the smallest elements in the game to be realistic, and we want you to do crazy things with these realistic elements. To be able to combine them together and create things that have never been built. Things that you would believe to be impossible. So, the bricks that compose the unrealistic things are believable, what matters is what’s created should be believable and immersive. It keeps the player immersed in the game. Our biggest fight is to keep the player immersed. The game systems – I’ll try to make short answers of that. Of course, all systems have to work with one another. And when we work them out, we try to be careful where they meet. So, you know, the civics systems, we have a few entries and a few exits. So, we very much use ideology systems to try and fit in the rest of the game, try and control what’s happening there. So, yes, but physically, to try and make everything work, it takes time, a lot of trial and error. Um, a lot of systems have been written and rewritten. The civics have been rewritten twice. But the goal is to make sure that they interact perfectly. 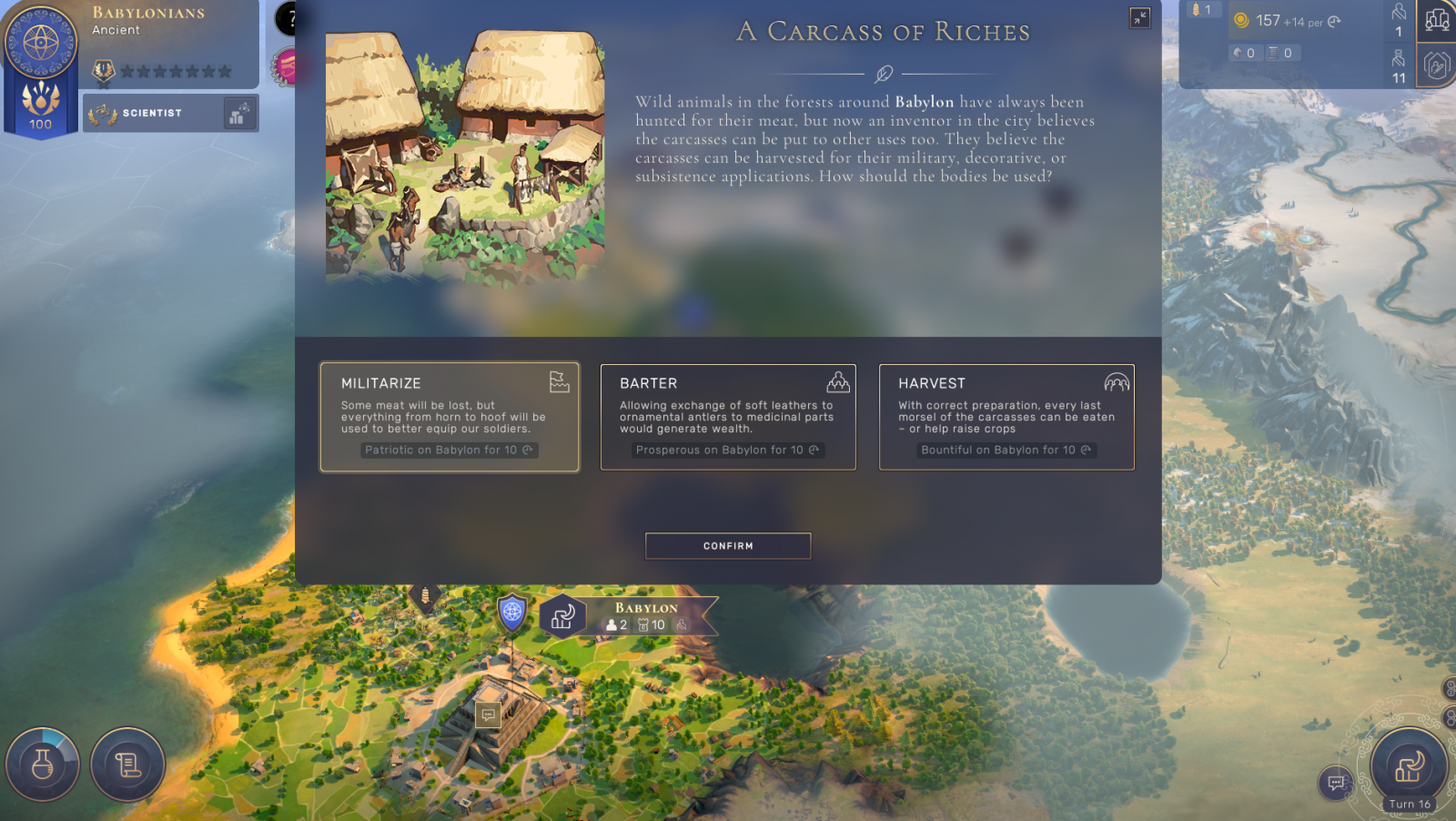 Gaming Trend: Thank you for your time. With my time coming to an end, one last question, please. But lastly, do you know if there will be an alpha or beta, as I know the release isn’t until 2021. Is there something the players can look forward to?

Romain De Waubert: Yes, the full game will be released in 2021. We always work, like previously with our players, so it’s important that we get their feedback. With Humankind, we created a new system that we’ve called the OpenDev to really get their feedback on very specific portions of the game like the war, and economy battles. We will look at one bit of the game at a time and get the feedback in, improve it, and take that feedback. It will be coming quite soon, actually.

Gaming Trend: Well, thank you for putting your creative prowess to this game, it was a blast playing.

To find out more information about Humankind, visit Humankind.com.