Today, ILMxLAB and Perp Games announced that a special retail version of the PlayStation VR title Vader Immortal is available now on store shelves. This edition comes with special extras such as a digital artbook and physical postcards featuring concept art.

ILMxLAB’s award-winning Vader Immortal has officially hit store shelves for PlayStation®VR today. In collaboration with publisher Perp Games, the Vader Immortal special retail edition includes Episodes I, II, and III along with a host of extra goodies for Star Wars fans. The special edition is available in America and Europe for the suggested retail price of $22.99 and £24.99 in the United Kingdom. Major American retailers include Amazon, Best Buy, GameStop and Target.

“With this special release of Vader Immortal, even more fans will have the chance to explore Star Wars in a new way, using virtual reality to step into their own Star Wars adventure,” said Ben Snow, director. “I’m delighted that we can give everyone a chance to look behind the scenes at how we made Vader Immortal, with the concept art, character creation and thought that we put into making this a unique Star Wars experience.” 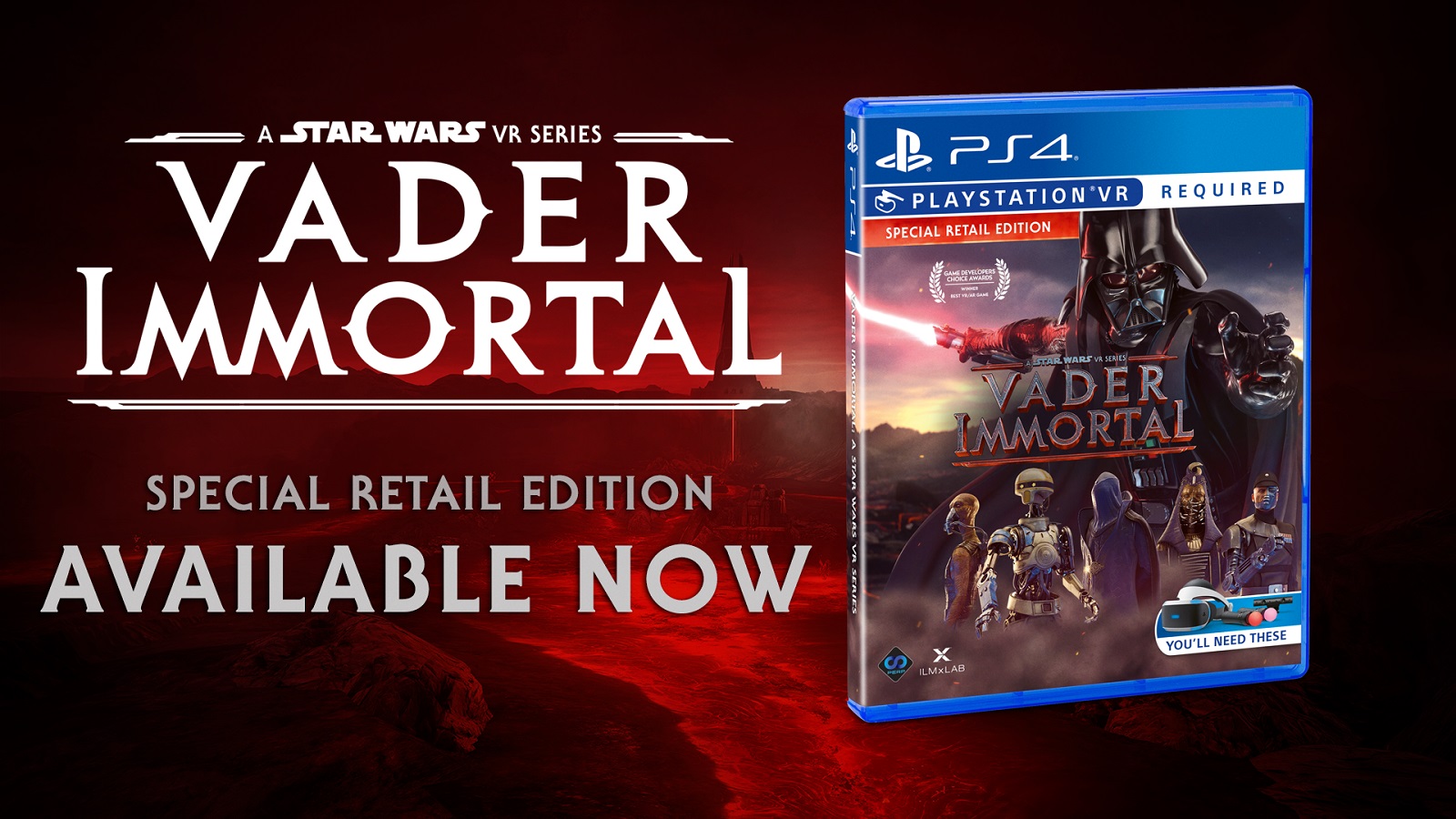 This special retail edition for PlayStation®VR is the only version that includes several exclusive extras for fans, such as:

A digital artbook with unreleased art and insights into the making of Vader Immortal, written by StarWars.com contributor Kelly Knox;

A new behind-the-scenes video about the making of ZO-E3, your droid companion voiced by Maya Rudolph (Bridesmaids, SNL), with special footage from a voice-over session, concept art, interviews from the creators, and more;

Vader Immortal: A Star Wars VR Series lets you step inside your own Star Wars cinematic adventure as a smuggler operating near Mustafar, the fiery world Darth Vader calls home. When you are unexpectedly pulled out of hyperspace, you find yourself uncovering an ancient mystery at the behest of the Sith Lord himself. The series also includes the popular Lightsaber Dojo modes, where fans can spend hours honing their skills with iconic lightsabers and more in Vader’s training dojo.

Vader Immortal has been acclaimed by both press and fans. The series won Best VR/AR Game at the 2020 Game Developers’ Choice Awards. Vader Immortal: Episode I won VR Experience of the Year at the 2019 VR Awards, took home the inaugural Innovation Award at the 2020 Producers Guild Awards, and was named a Finalist for Outstanding Innovation in Interactive Media at the 2019 Emmys.