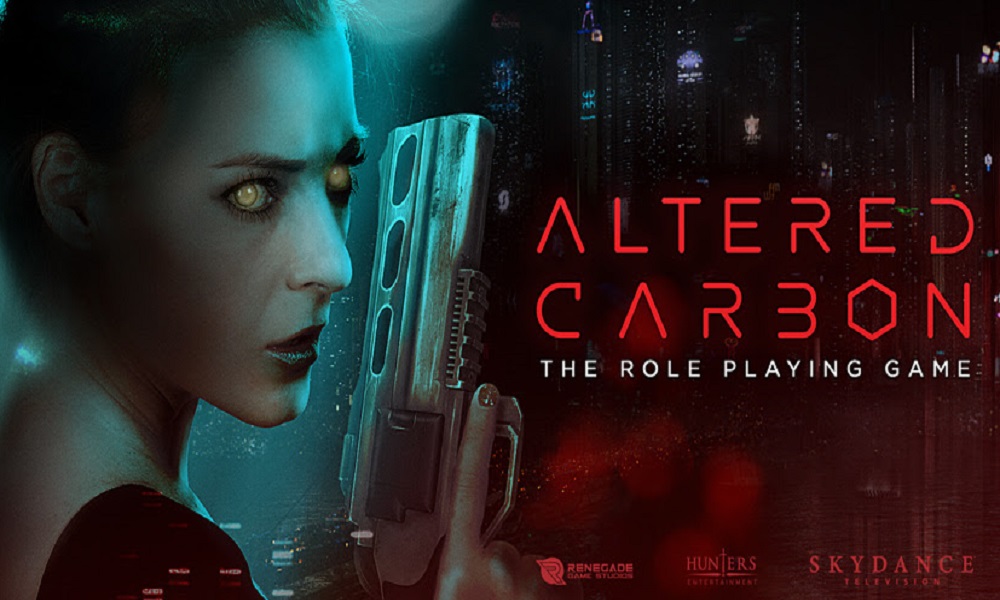 Today, Hunters Entertainment announced its partnership with Skydance Media for a multi-year licensing agreement to create tabletop role-playing games based on the universe of the Netflix series Altered Carbon. The games are planned to be released in 2020 through Renegade Game Studios, with potential crowdfunding options being explored.

Based upon the best-selling novels by Richard K Morgan, Altered Carbon is set centuries into the future when the human mind has been digitized and the soul itself is transferable from one body to the next. Takeshi Kovacs, a former elite interstellar warrior known as an Envoy who has been imprisoned for 500 years, is downloaded into a future he’d tried to stop. Netflix recently renewed Altered Carbon for a second season, with Anthony Mackie (Avengers) becoming the new Takeshi Kovacs as the series continues to explore his journey spanning hundreds of years across many different bodies and planets.

“Altered Carbon is such a rich and expansive universe,” says Ivan Van Norman, CMO and Co-Founder of Hunters. “We look forward to producing an equally ambitious and inspired line of games for years to come.”

The games will begin with a crowdfunding campaign for the core RPG manual later this year, with plans for print and digital releases in 2020 through their global publishing deal with Renegade Game Studios.

The Skydance-Hunters licensing deal was brokered by Joe LeFavi of Genuine Entertainment, who will manage the license on behalf of Hunters and serve as an editor on the game itself. LeFavi is no stranger to tabletop, as he is currently managing the master tabletop gaming license for Frank Herbert’s Dune with Legendary and Gale Force Nine. Skydance Media is represented by Evolution.