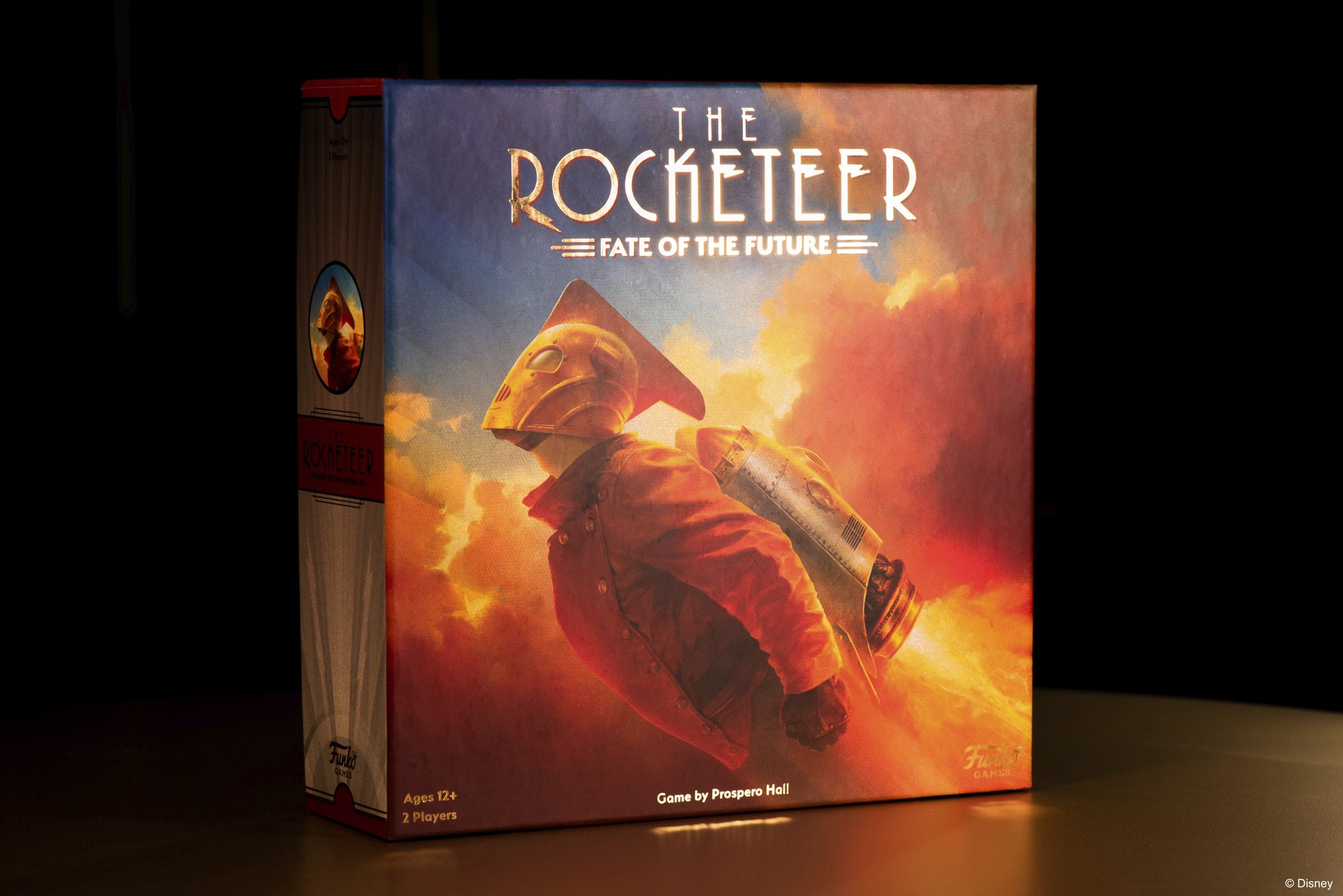 Have you ever wanted to go back in time and fight off the dastardly plot of villains at the start of the second world war? Well now you can in Funko Games upcoming strategy board game The Rocketeer: Fate of the Future! Inspired by the 1991 Disney classic adventure movie, you can now re-live the golden age of Hollywood and all it’s art deco-style as you fight for the future. 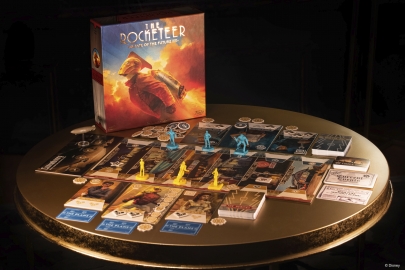 Trouble is brewing high above the city of angels! The mysterious Rocketeer—who can blast through the skies with an ingenious jet-pack—must stop a sinister plot! Hollywood actor Neville Sinclair is scheming to steal the rocket’s blueprints. This breakthrough of modern engineering could revolutionize the future of flight. But in Sinclair’s hands, it could fuel the dark future of warfare. Play as the heroes or the villains in this action-packed strategy game for two players. Whether for good or evil, you will determine the fate of the future!

Opponents face off in a two-player game of cat-and-mouse as they work to keep the rocket plans hidden from each other. Tensions are tight through every turn as The Rocketeer and his allies try to evade Neville Sinclair with his band of thugs. This beautifully designed game is perfect for pop-culture lovers and strategy fans alike! 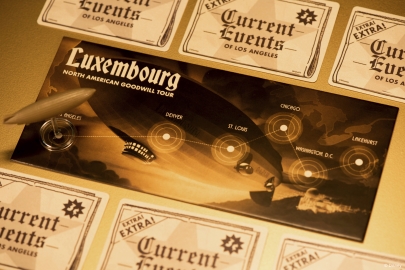 So, can’t wait to look like a shiny hood ornament flying through the sky? Well you’re in luck because you can purchase a copy of the game at this year’s Gen-Con (September 16 – 19 in Indianapolis) or pick it up in a store near you later this year. For all your high flying news and more, stay here on Gaming Trend.