Hood: Outlaws and Legends, the co-op PvPvE heist game from Sumo Digital and Focus Home Interactive, has just launched its first free new heist map for all players: the Mountain! Made up of two distinct areas connected by bridges, the mix of long sightlines and tight, coverless overpasses makes the Mountain a fresh, deadly challenge for you and your band of rogues.

The Hood journey is only beginning. Since its release, Focus and Sumo have been actively working on improving the game based on community feedback to offer the best heist experience possible. The game has already received a number of gameplay updates and tweaks, and players can look forward to even more free content over the course of this year. A highly anticipated co-op PvE mode is set to arrive as part of the current season, while a game-changing new outlaw arrives free next season. 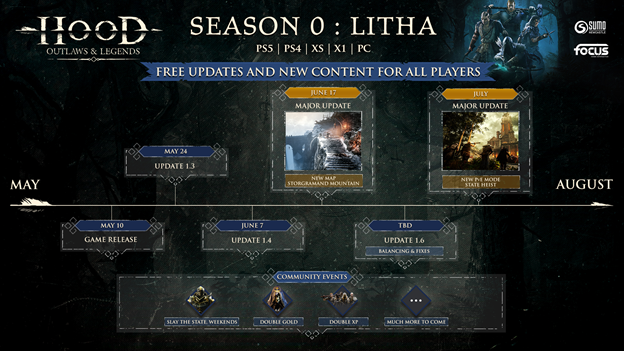 Hood: Outlaws & Legends is out now on PlayStation®5, Xbox Series X|S, PlayStation®4, Xbox One, and PC. You can also buy the game’s Year 1 Edition, which includes three Battle Passes due to be released post-launch.

Check out our review, and stay tuned for more news here on Gaming Trend.