Yesterday, Midboss announced that its sequel to 2064: Read Only Memories will be released next year for PC and Mac. Entitled Read Only Memories: Neurodiver, players will take the role of new protagonist ES88 as she uses her deep dive mechanic to get by in Neo-San Francisco.

Neurodiver will introduce new characters, locations, and mechanics, including the ability to dive into and change other characters’ memories, as well as overhauled art and an unsolved case to crack with multiple endings.

Take on the role of ES88, a telepath employed by a powerful organization called MINERVA specializing in neurotechnology and extrasensory projection phenomena. In exchange for a procedure arming her with a Neurodiver, a powerful genetically engineered device allowing ES88 to dive into others’ memories, and employment at the agency, ES88 gave up her identity and memories. 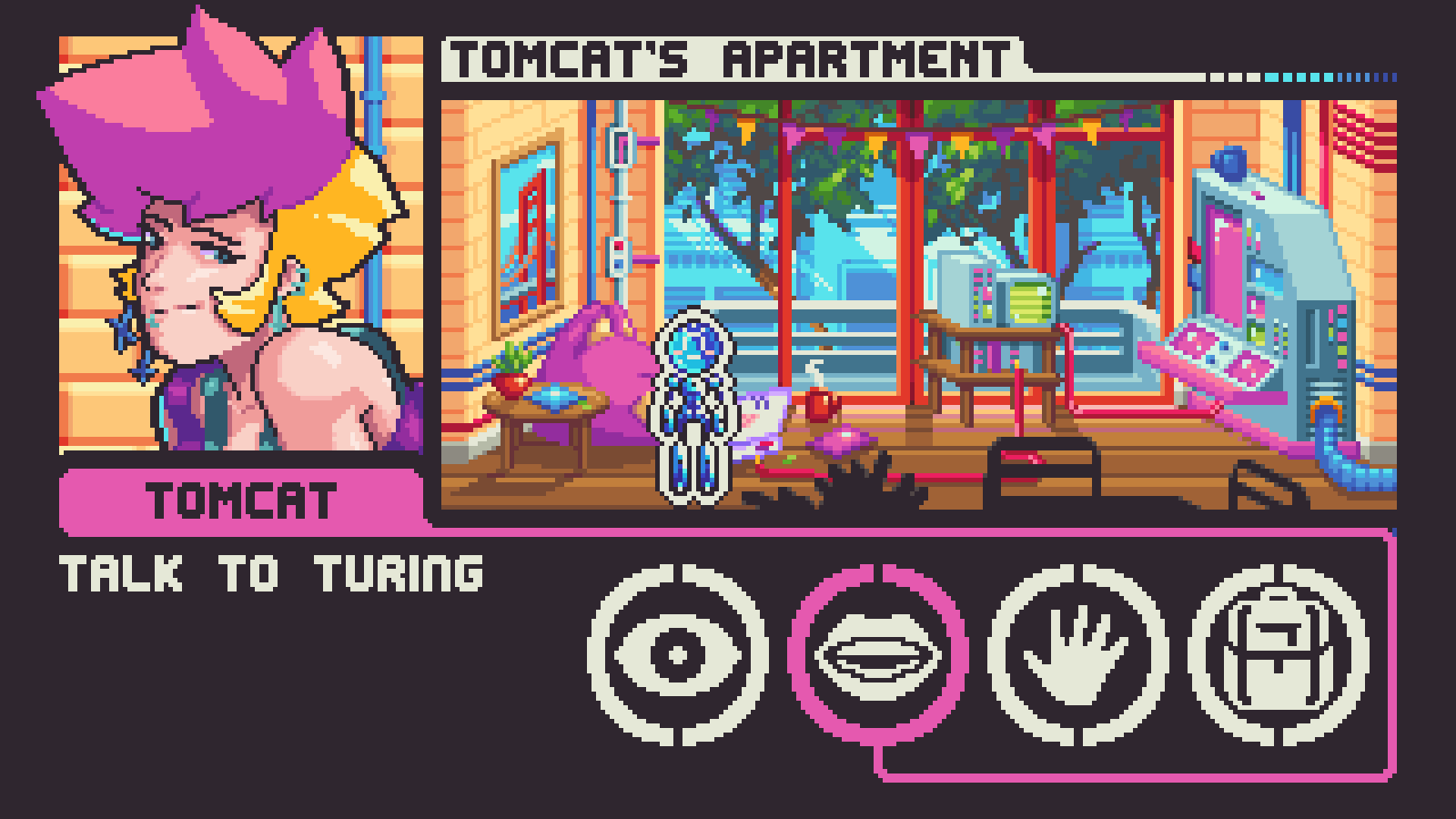 A rogue Esper, a naturally gifted psychic, is on the loose and wreaking havoc through the subconscious minds of Neo-San Francisco. Track down this mysterious rogue known as the Golden Butterfly by using the Neurodiver to search the memories in which it hides. Read Only Memories: Neurodiver’s Deep Dive mechanic enables ES88 to identify, manipulate, and unlock information, though overuse can irreparably corrupt her target’s memory.

Set to retro-inspired music from Scarlet Moon artists, this colorful point-and-click adventure explores themes of memory, perception, and identity through the lens of a person who willingly gave up everything she was.

“The mystery of the Golden Butterfly is the perfect opportunity to expand the Read Only Memories universe,” said Cade Peterson, CEO of MidBoss, “Everything fans of 2064 loved is still there: diverse characters, an immersive cyberpunk world, fun puzzles, and a great story.”